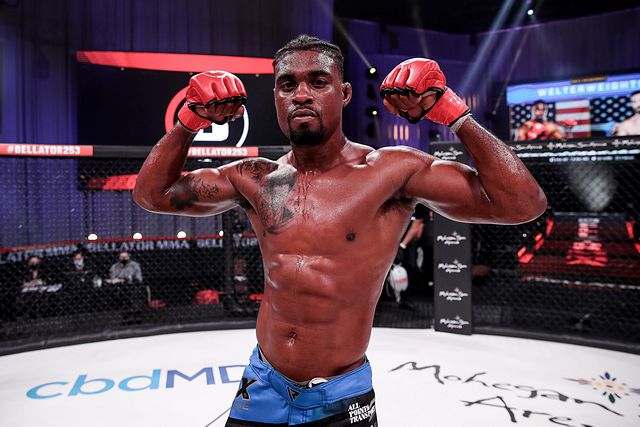 One to Watch: Bellator 259 – Jaleel Willis vs. Maycon Mendonca

Bellator 259 features one of the greatest fighters in MMA history, Cristiane “Cyborg” Justino, who headlines opposite Leslie Smith. However, an undercard fight between two prospects looking to establish their names, takes place between Jaleel Willis and Maycon Mendonca. With exciting styles, and experience on either side, this fight will be a hotly contested affair in the welterweight division.

Willis has been praised by analysts and pundits alike. The Tennessee native was 12-2, with a run in the LFA under his belt, before signing with Bellator in 2020. This run included wins over Vinicius De Jesus and Dakota Bush. Despite ultimately being cancelled, his original opponent for his Bellator debut, was former champion Patricky “Pitbull” Freire. This speaks to the quality Willis had shown in his early MMA career.

“The Realest” eventually made his debut in November 2020, in a unanimous decision victory over Mark Lemminger. Willis controlled large portions of the fight, utilizing his kicks and punches. Moreover, he survived a rough second round, when Lemminger took control of his back. However, he managed to survive, in a blood and guts affair at Bellator 253.

Mendonca won the LFA welterweight title in December 2020. This came in a “fight of the year” contender against Batsumberel Dagvadorj at LFA 96. Mendonca outworked Dagvadorj, with crisp kickboxing in the standup. It was a surprise Mendonca didn’t secure the finish to some, but was instead awarded a unanimous decision victory after five intense rounds.

This win extended Mendonca’s streak to five, and prompted his signing to Bellator. In what is his most high-profile fight of his career, it will be intriguing to see if the big stage affects the Brazilian. However, his quality of coaching cannot be questioned, given he is trained under the legendary Rafael Cordeiro, at Kings MMA.

Bellator’s welterweight division is most probably the healthiest it has been in a long time. With a variety of contenders next in line, and Douglas Lima booked to defend the title next month, both Willis and Mendonca have an opportunity to insert themselves into the top 10. Mendonca won a world title in his last fight, but Willis has already been victorious inside the Bellator cage, and may not have the pre-fight nerves of Mendonca.

Both fighters’ styles create what appears to be an outstanding kickboxing match, and with a likely top-10 ranking for the victor, this fight is certainly one to watch.