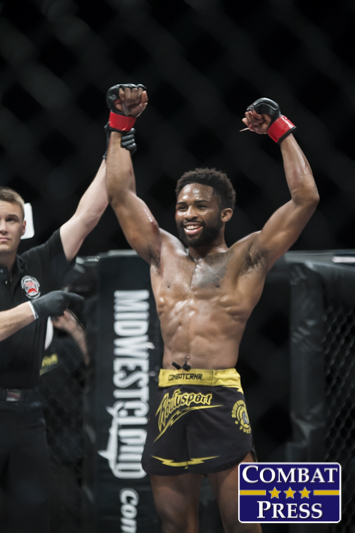 Bellator will close out 2022 inside their home at the Mohegan Sun Arena in Uncasville, Conn. Bellator 289 puts the bantamweight division in the spotlight with the world grand prix semifinals. The event currently features 11 bouts, including two title fights to end the night.

In the main event, Raufeon “Supa” Stots is putting his interim bantamweight title on the line against Danny Sabatello. ‘The Italian Gangster’ has been consistently making enemies with the opportunity to back up his trash talk against Stots. Supa won’t be intimated, as he’s beaten all six of his Bellator opponents.

The co-main event features a rematch for the women’s flyweight world championship. The MMA community was shocked when veteran Liz Carmouche took the title from previously-undefeated Juliana Velasquez. Nearly eight months later, Velasquez has the opportunity to earn revenge.

Bellator 289 will also determine who will fight the winner of Stots vs. Sabatello in the bantamweight grand prix finals for one million dollars when Magomed Magomedov faces Patchy Mix in the semifinals.

The Bellator 289 preliminary card airs live on YouTube starting at 5:30 p.m. ET, followed by the main card on Showtime at 9 p.m. ET. Check out the full preview and predictions below.

Both main event fighters are bold and brash; which man backs up his trash talk and emerges with a win?

Raufeon Stots and Danny Sabatello have been talking trash to each other since the moment Sabatello beat Leandro Higo. The time has finally come to see who walks away as the interim bantamweight champion. The question is, can Stots avoid the smothering wrestling of Sabatello?

Sabatello is improving with his striking, but his grappling skills make him a potential world champion. Meanwhile, Stots is a reliable grappler who finds more success with his creative striking. Although he might be confident in his grappling, Stots needs to stay standing for the best chance to succeed. Supa should be able to stay off his back and finish Sabatello in the last two rounds.

The first fight between Liz Carmouche and Juliana Velasquez ended with Carmouche claiming the flyweight title; does the rematch look different?

There was a lot that went wrong for Juliana Velasquez at Bellator 278. Although the stoppage was premature, Velasquez’s cardio was tested and ultimately showed flaws. Liz Carmouche continued to grind out the former Brazilian champion, leading to the fourth-round stoppage.

If Velasquez wants to succeed, she must put Carmouche on her back early and often. There is a risk in doing so, considering Velasquez relies on her Judo takedowns, offering Carmouche the opportunity to land short-distance strikes. With that said, Velasquez learned a lot in her last fight and should be able to secure a unanimous decision win to regain the flyweight title.

The first bantamweight grand prix semifinal of the night pits Patchy Mix against Magomed Magomedov; who earns a place in the final and how does he get it done?

Patchy Mix has the potential to win the grand prix, but Magomed Magomedov is a bad matchup for him. Magomedov has improved his striking while maintaining an aggressive grappling style. The Russian was in trouble early against Enrique Barzola before securing a fourth-round submission.

Mix has slick submission skills, but grappling with a Russian wrestler isn’t advised. If the fight stays standing, Magomedov should be able to find success, making Mix’s paths to victory limited. Magomedov is a force to be reckoned with, which should lead to a win inside the distance to secure a spot in the grand prix finale.

The sleeper match-up is a welterweight showdown between Kyle Crutchmer and Jaleel Willis. Crutchmer is a former NCAA Division I wrestler out of Oklahoma State who now trains at American Kickboxing Academy. Meanwhile, Jaleel Willis seemed to be a future Bellator world-title contender before losing his last two fights by first-round submission.

The MMA community is writing off Willis, but it wasn’t long ago that he was 2-0 in Bellator after an impressive run on the regional scene. This is a classic striker vs. grappler matchup, with both fighters trying to show they are evolving into complete mixed martial artists. Whoever wins will likely put the welterweight division on notice.