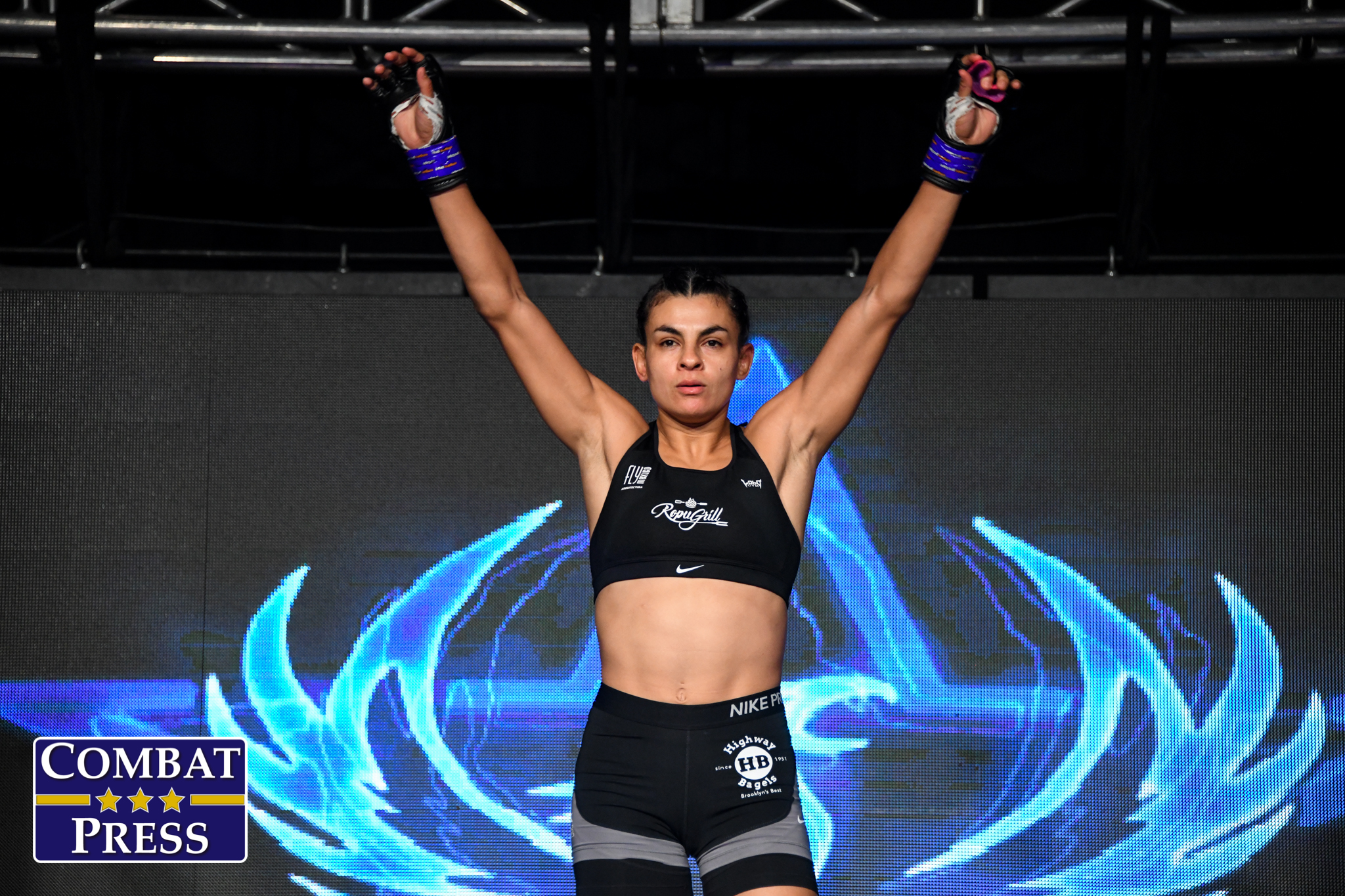 Below is a photo gallery of all the night’s action, shot by Kiara Kaiser of Combat Press. Click an image for a larger version.