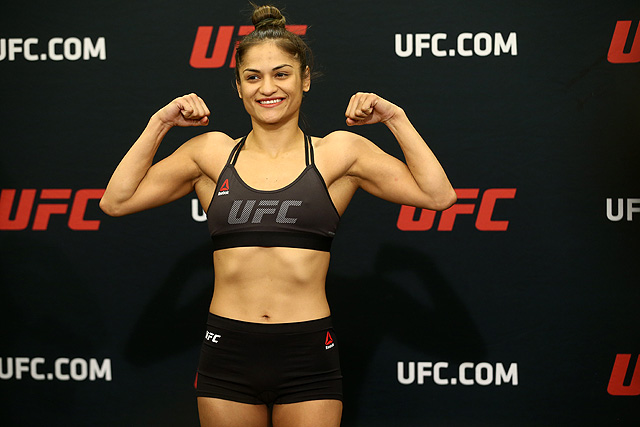 On Saturday, June 13, the UFC hosted its 10th broadcast on ESPN from the UFC APEX in Las Vegas. The event once again featured no fans in attendance due to the COVID-19 pandemic.

In the night’s main event, former bantamweight Jessica Eye took on former strawweight Cynthia Calvillo in a flyweight bout. Eye, whose success has largely come at 125 pounds, was completely decimated by champion Valentina Shevchenko in her title challenge last summer. She bounced back from the head-kick defeat to edge Viviane Araújo at UFC 245 in December. The once-beaten Calvillo had compiled a record of 5-1-1 in her previous seven Octagon appearances. Her last outing was a draw against Brazilian Marina Rodriguez in December.

The event kicked off with four preliminary-card fights airing live on ESPN at 7 p.m. ET. The six-fight main card followed at 9 p.m. ET, also on ESPN.