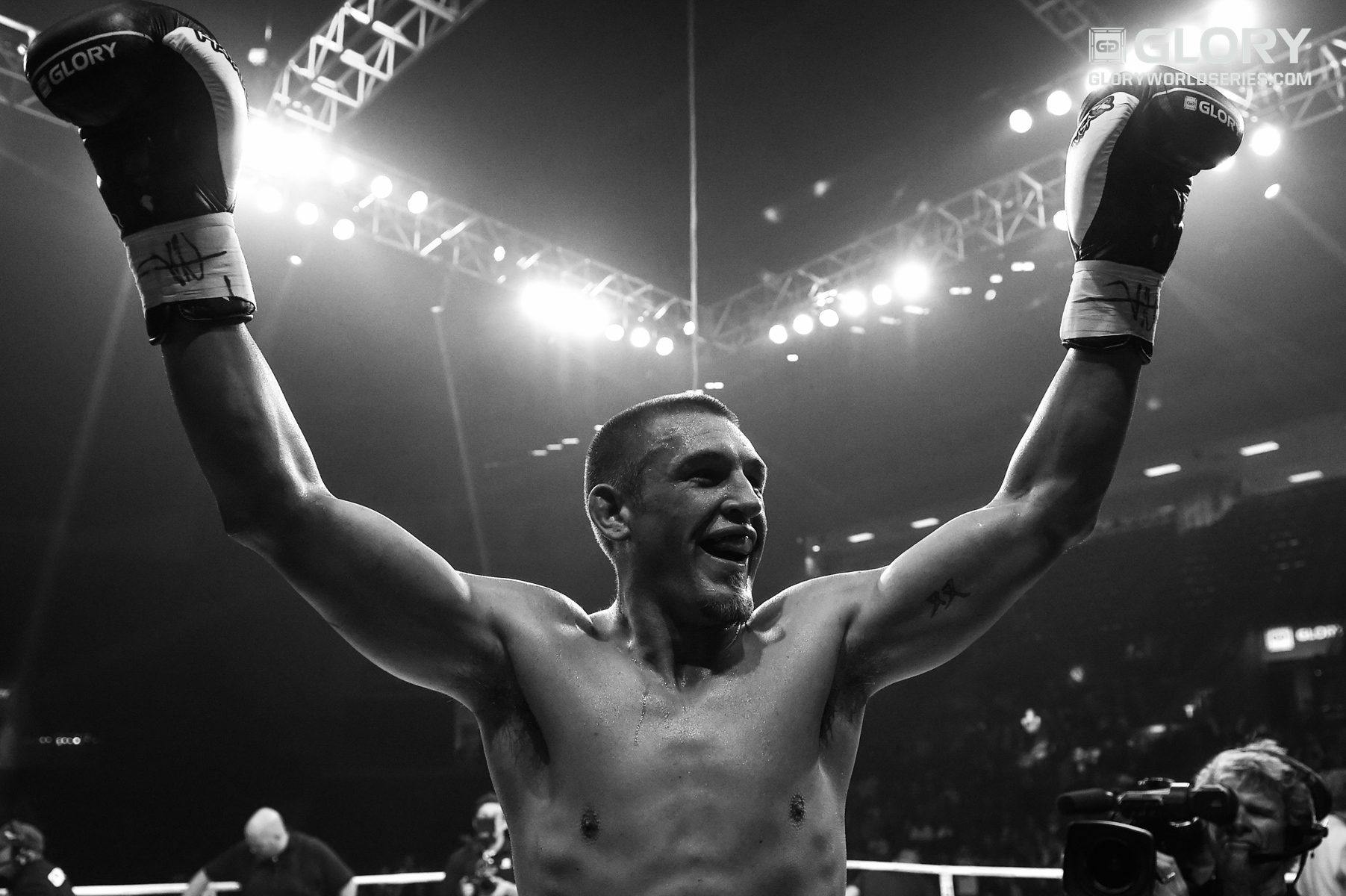 UFC 272’s Dustin Jacoby: The Hanyak is Coming to Blockchain

Non-fungible tokens, or NFTs, have become all the buzz as of late. Viewed by many as the next evolution of cryptocurrency, an NFT is simply a unit of data stored on a blockchain in what can be most easily compared to as a form of digital trading card. There are a lot of nuances to NFTs, including the fact that you can technically download a copy without paying for it, but there is only one rightful owner.

It is widely known that, relative to other professional athletes, MMA fighters appear to be grossly underpaid. As with anything, there are a lot of moving parts involved with that, so that would be a whole other topic of conversation. But, there are creative methods emerging to bump up fighter pay via outside “sponsors” by way of cryptocurrency, NFTs, etc. One such platform that has been increasing in popularity is the Marshall Rogan Inu, named after comedian, podcaster, and UFC commentator Joe Rogan’s dog. However, there are other methods available for monetizing a fighter’s brand using various blockchain technologies. UFC light heavyweight and veteran kickboxer Dustin “The Hanyak” Jacoby is going in full bore.

“I’ve got big into crypto here the past year and a half or so,” Jacoby told Combat Press. “I’m just getting ready to start this project – the collection of the Hanyak NFTs. I’m going to create the Hanyak cartoon character and trademark him. If you type in Hanyak, everything that pops up on that first page is all about me and the definition of the Hanyak.

“So I’m going to get this guy created, this Hanyak figure, and then I’m going to start making some NFTs and getting into that space little bit. And, like, with experiences as well, like training with the Hanyak or golfing with the Hanyak or whatever the case may be – breaking out the Bandido with the Hanyak, which is this tequila company that’s now sponsoring me. So, I’ve got a whole assortment of ideas that I’ve been talking about, and as the NFTs sell, and as the brand grows, you know, whatever they sell for, then those people can continue to sell them and make money. So yeah, it’s a whole lot interesting world that’s upon us. I’m trying to get in early stages.”

Jacoby has had a storied fighting career to back up the legend of The Hanyak. He started as a very young MMA fighter, who worked his way up to the UFC at only 24 years old, but that opportunity quickly fizzled out with back-to-back losses. He made his way around the regional scene, Bellator, and a World Series of Fighting appearance, while embarking on a pro kickboxing career. From Mar. 2013 to Aug. 2018, Jacoby made waves in GLORY Kickboxing, ultimately challenging Simon Marcus for the middleweight title in May 2016, but he lost that fight and the subsequent rematch five months later. He won his next GLORY fight, and was ready to hang up the boxing gloves in exchange for the 4-ounce gloves.

The third stage of Jacoby’s career has been his most successful yet. In Jun. 2019, he won a one-night, heavyweight tournament consisting of a boxing match, a kickboxing match, and an MMA fight to win the title “King of Sparta” in Denver, Colo. That led to a chance to earn a UFC contract on Dana White’s Contender Series in Aug. 2020. Jacoby won that fight, earned a contract, and by Oct. 2021, made his second UFC debut, winning a decision over Justin Ledet. Now, only 16 months later, he sits at 4-0-1 in his current UFC contract. His last fight was at UFC 268 in Nov. 2021, when he stepped in on short notice to face John Allan.

“I thought it was a good fight,” said Jacoby. “You know, obviously, it’s always good to get the victory and to learn off of a victory as opposed to a loss. But there were a lot of things that, after rewatching that fight, I was not doing well as far as just staying down in my stance. I was kind of tall. Of course, I didn’t have like a fill camp. I was just training. I wasn’t like fine-tuning my specific details for John Allan. But we’ve been working ever since seeing that fight. You know, we’ve been working on a couple of things that we thought didn’t look so good.”

This weekend, Jacoby will step into the Octagon for the ninth time in his career, as he squares off with Michal Oleksiejczuk to kick off the early prelims of UFC 272. Interestingly enough, this has been his longest fight camp in his current UFC run.

“I’ve known about this fight for, like, 11 weeks now,” Jacoby explained. “I mean, when I fought Justin Ledet, I think I knew nine weeks out. When I found Maxim Grishin, I knew for eight or nine weeks. But I think I got the [Ion] Cutelaba fight on like eight days. Yeah. And then, I had Darren Stewart and a little bit of camp for that. So, I’ve shown that, when I’ve had time to prepare, I’ve been winning these fights. You know, obviously, you always want as much time as possible to be prepared.

“You just got to roll with the punches, because sometimes it is clear like the John Allan fight. It was just a spur of the moment, and I went out there and I thought I fought well, but I wasn’t – after watching the fight – as tuned as if I knew I had that fight eight weeks from now. You just have to roll with the punches. I enjoy longer camp, but at the same time, I can tell you they can’t be too long, because the body, man. I mean, I’ve had a little bit of struggles here and there this camp with my body and just being so far out.”

Oleksiejczuk is not an opponent to take lightly. He is 16-4-1 as a pro, and has been fighting in the UFC since Dec. 2017. It was his UFC debut that put one no-contest on his record as he beat Khalil Rountree by decision, but it was overturned when he tested positive for a banned substance. Since then, he has three knockout wins and one split decision victory. His only two UFC losses were by submission to Ovince St Preux and Jimmy Crute. Overall, he has 11 knockout wins to compliment Jacoby’s 10, so there’s no question about where this fight is likely to take place.

“I think he’s very good,” said Jacoby. “He’s a good MMA fighter. He’s pretty solid all around. He’s definitely a striker, and he’s got heavy hands. I have to be careful. I have to keep my focus for the full 15 minutes, if it were to go that long. And I think that he pushes the pace and comes forward, which is going to play right into what I think I’m good at. So, I’m looking forward to mixing it up with him. It’s going to be another tough fight, but I definitely see myself getting my hand raised.

Well, he’s very heavy-handed. He throws hard shots, and he’s got some knockouts on his record, so I have to be careful. And, he’s a Southpaw, which is a different look, but I think that’s going to match up well with me as I go back and forth. He’s just got heavy hands. I have to be careful for that.

If the fight were to hit the ground, while both men have only one submission win on their records, Jacoby has a noticeable size advantage. Oleksiejczuk will be giving up a whopping four inches in both height and reach, so he will need to be careful if the fight hits the ground. And, it would be quite detrimental if he were to get underneath The Hanyak.

In past interviews, Jacoby was pretty reserved about where he stood in the rankings, and he was really just focused on continuing his success in his second UFC run. However, some things have changed in the last year. In May 2021, his fight with Cutelaba ended in a very controversial split draw. Frankly, Jacoby won that fight, and the scoring was a bit egregious. Since then, Jacoby had won two in a row, including a first-round TKO of Stewart, and Cutelaba has only won one decision. But, Cutelaba currently sits at the number-15 spot, while Jacoby is still unranked. This plays heavily into Jacoby’s plans for 2022

Jacoby has come a long way in a short time during his second UFC run. He will be competing for the sixth time in 16 months tomorrow night, when he kicks of the highly anticipated UFC 272 card. Another win will not only boost his value in the 205-pound division, but also the value of The Hanyak properties on blockchain technology.