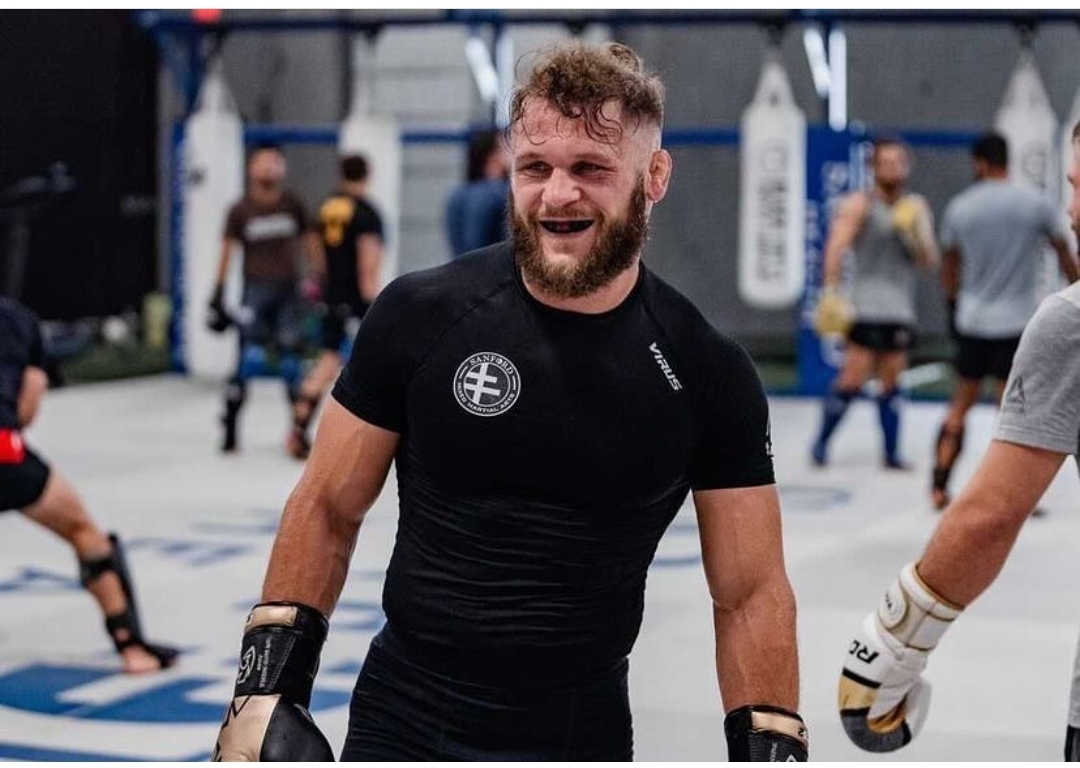 After a monumental event at UFC 276 in Las Vegas last weekend, the promotion heads across town to the UFC Apex on Saturday, Jul. 10.

The UFC lightweight division has been the premiere weight class for the last several years, with talent stacked from the top of the division’s rankings through several unranked contenders. This weekend, two of the division’s best lock horns in the main event at UFC Fight Night: Dos Anjos vs. Fiziev. Former champion Rafael Dos Anjos has won two straight since returning to the division after a run for welterweight gold. He looks to make it three straight by defeating rising star Rafael Fiziev. The pair were originally slated to meet in Feb. 2022 but Fiziev was forced out of the bout due to visa issues.

In the co-main event, two prospects in the middleweight division collide as Caio Borralho meets Armen Petrosyan. Borralho picked up a technical decision victory in his promotional debut after a dominant performance. Petrosyan was in a push-and-pull slobberknocker with Gregory Rodrigues for his freshman performance and came away with a split-decision victory.

The event airs in its entirety live on ESPN and ESPN+, starting with the preliminary card at 6 p.m. ET with the main card following at 9 p.m. ET. Combat Press writers Andrew Sumian and Matt Petela preview the action in this week’s edition of Toe-to-Toe.

Rafael Fiziev has won five in a row and picked up performance bonuses in his last four; does that trend continue as he takes on former lightweight champion Rafael Dos Anjos?

Sumian: This is a perfect veteran-versus-rising-star lightweight clash that will elevate either combatant. For Dos Anjos, this fight will give him the opportunity to prove he is still one of the best lightweights in the world and far from a gatekeeper. For Fiziev, a win over RDA will land him a ranking inside the top 10 and put him two fights, or so, away from a title shot.

This will prove to be a high-level mixed martial arts bout between two extremely skilled combatants. At this point in their careers, Fiziev is undoubtedly the better and quicker striker, and he should hold a distinct advantage on the feet. Dos Anjos certainly holds a grappling advantage and should utilize his ground game if he hopes to defeat the surging Fiziev. Dos Anjos has not defeated a top-ranked lightweight since 2015 when he defeated Anthony Pettis and Donald Cerrone in the same year. He found success at welterweight after moving up, but he struggled against top-ranked competitors, which led to a return to lightweight. RDA will need to stop the surging Fiziev if he hopes to hold onto his top-10 lightweight ranking.

Fiziev is quickly establishing himself as one of the most entertaining and skilled lightweights in the world. A win over Dos Anjos will put him two to three wins away from a title shot, and he certainly has a path to get there given his high-level skill. He has earned four post-fight bonuses during his five-fight winning streak and will look to enter the top 10 with a win over the former lightweight champion.

If this fight takes place primarily on the feet, Fiziev will batter RDA for several rounds before finishing him by strikes. However, if RDA is able to get this fight to the ground, and utilize his black-belt ground game, it could be the difference maker that the Brazilian needs to emerge victorious. However, fortune will favor the surging contender. Fiziev will finish RDA in the fourth round after landing consistently and often. Fiziev is truly an elite lightweight and will prove just how capable he is come Saturday.

Petela: My colleague and I don’t disagree that the longer this fight stays standing, the better the chances that Rafael Fiziev will emerge with a win. We also agree that if Rafael Dos Anjos can get the fight to the canvas the odds are much greater for him getting his hand raised. Where we do disagree is how this fight will ultimately play out.

This fight is slated for five rounds, and, throughout his career, RDA has shown that he knows how to manage his energy for a long fight. That will be the key to victory for him this weekend. RDA will have a wrestling-heavy game plan from the outset, and he will use that to avoid the crisp striking of Fiziev. The former champ will keep him in close distance, so the Kyrgyzstani can’t get full extension on his punches. That style will drain the gas tank of Fiziev, who showed that he doesn’t always manage energy well in his close-fought decision win over Bobby Green. By the later rounds, Fiziev will not be able to defend the takedowns of Dos Anjos nearly as effectively and will succumb to ground-and-pound by the fifth round.

Both Caio Borralho and Armen Petrosyan picked up decision wins in their UFC debuts; which middleweight prospect moves to 2-0 in the UFC this weekend?

Petela: Caio Borralho. In his first performance inside the Octagon, he was dominating Gadzhi Omargadzhiev before landing an illegal knee that caused the fight to end in a technical decision. Contrast that with Armen Petrosyan’s UFC debut, where he was in a slugfest with Gregory Rodrigues that could have gone either way. Petrosyan will look to end this fight with one shot. He has won six times via knockout, but, in attempting to do so, he will leave himself vulnerable to being taken down by his more well-rounded opponent. Expect Borralho to be cautious early and avoid the heavy hands of Petrosyan. But, by Round 2, he will have gotten a read on the timing of his opponent and successfully time a takedown. Once the fight gets to the mat, the Brazilian will show that he is the far superior grappler and snatch his fourth career submission victory. With two straight impressive wins to start his UFC tenure, Borralho will announce himself as part of the next wave of top talent at 185 pounds.

Sumian: I agree with my colleague that Borralho will emerge victorious in this bout. At this point in both men’s careers, he is the more polished fighter and will pick up an impressive win on Saturday.

Sumian: The loser of Jared Vanderaa and Chase Sherman will undoubtedly be released from the UFC. In fact, neither individual is worthy of a UFC roster spot, and the victor will likely extend their UFC career by one to two fights max after this victory.

Petela: Karl Roberson. He has lost three straight fights and got finished in all three of those contests. Those fights came against some very talented fighters in Marvin Vettori, Brendan Allen, and Khalil Rountree Jr. which is probably why he didn’t get cut immediately after the third straight loss. This showdown with Kennedy Nzechukwu is really a make-or-break fight as Nzechukwu has struggled recently as well. If Roberson doesn’t get past Nzechukwu, who has dropped back-to-back fights himself, this will very likely be the end of the line for him inside the UFC.

Petela: Aiemann Zahabi vs. Ricky Turcios. Zahabi is the younger brother of legendary MMA coach Faras Zahabi, who coached Georges St. Pierre throughout his career, as well as Rory Macdonald. The younger Zahabi is 1-2 in his UFC run, but he rebounded nicely from back-to-back losses in his last outing. Turcios is the bantamweight winner of the 29th season of The Ultimate Fighter and his back-and-forth affair with Brady Hiestand was fought at an incredibly high pace. These two young fighters will deliver an early contender for Fight of the Night with both men showing off their skills in all facets of mixed martial arts.

Sumian: Michael Johnson vs. Jamie Mullarkey should prove to be a great main-card opener filled with action from start to finish. The pair combine for 19 victories by knockout and will put on an entertaining striking fest until somebody goes down.

Sumian: Cynthia Calvillo has had an underwhelming few years, despite the hype she commanded several years ago. She will get back on track with a submission victory over Nina Nunes. Physically, this will be a distinct mismatch, and Calvillo will be able to control, and utterly dominate, Nunes for as long as she desires.

Petela: Jamie Mullarkey. The 27-year-old Australian has been nothing if not exciting since joining the UFC. He has only seen the judges’ scorecards twice, and one of those performances earned him a Fight of the Night bonus when he took on Brad Riddell in his promotional debut. He will stop the momentum Michael Johnson has built on the heels of his knockout win over Alan Patrick and begin to build back some momentum of his own, as a prospect to watch closely, as he begins to enter his physical prime.

Petela: L.L. Cool J’s hit song Mama Said Knock You Out. The infamous opening line of that song is, “Don’t call it a comeback; I been here for years,” and that is exactly the statement that RDA will make by defeating Rafael Fiziev. The 37-year-old former champion has been in the game a long time, and, each time it seems like he is over the hill, he mounts another run against top talent. His last two opponents have taken the fight on short notice, so he doesn’t get the credit he deserves for beating Paul Felder and Renato Moicano. There is no doubt that Rafael Fiziev is a legitimate contender, and, by defeating him, RDA will prove to all the people who think he is well past his prime that the former champion still has some gas left in the tank after all these years.

Sumian: A cool down. In no shape or form is this a card that fans cannot miss. UFC 276 was a wild ride filled with memorable performances, but an uneventful main event for the UFC middleweight title. This is a perfect card to tune into for a few hours and watch some action before enjoying your Saturday.