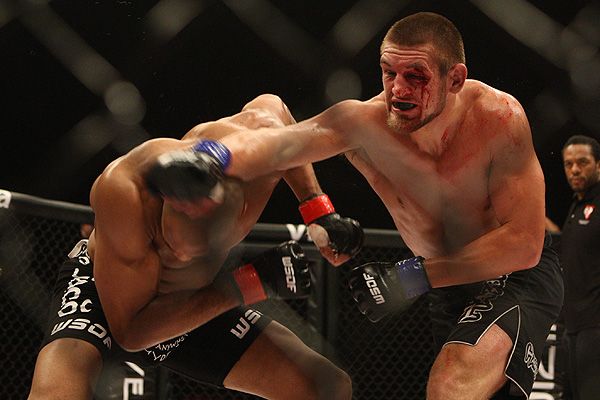 Dana White’s Tuesday Night Contender Series is back for its fourth season.

The show’s first episode of the new season takes place on August 4. The ESPN+ stream gets underway at 8 p.m. ET.

This honor had belonged to Kevin Syler, but he dropped off less than a week out from the fights. Now, the honor falls to Rivera. The flyweight division is short on talent, and Rivera could inject some fresh blood into the UFC’s roster at 125 pounds. He does have some work to do, but his ceiling is high. He’s a very long, lanky flyweight with good range and a solid ground game. He also will brawl when needed, which makes for an exciting style as well. He has not taken too many easy fights at this point, so he’s also a battle-tested prospect.

Very rarely do you see a boring flyweight bout, and when it comes to this particular pairing, don’t be shocked when it ends up earning “Fight of the Night” honors. Rivera is a rangy fighter with solid grappling ability who can also be aggressive. Rodriguez likes to strike and engages in brawls frequently. So, when you put those two elements together, you have yourself a donnybrook.

Medic has spent his career in the Alaskan regional scene, which is not exactly brimming with talent. Some solid fighters come from that area, but the competition is just not strong enough to gain quality experience. The combined record of Medic’s opponents is 11-9, and none of those guys are even known names to hardcore fans. That said, Medic has won all of his outings by finish. Perhaps he’s a diamond in the rough and will have his coming-out party here against Gonzalez.

Not a lot of notice between fights might be seen as a disadvantage, or it could be construed as a fighter being put in to lose. However, Leavitt could be the dark horse despite taking this fight on short notice. He steps in less than one month removed from his last bout and replaces Cameron Church for this opportunity. Leavitt represents a respected gym in Syndicate MMA, and he has proven to be a strong prospect who is just getting his feet under him. He’s a good submission fighter, as seen in his most recent bout against Leivon Lewis. His fight will not be easy, but he’s a definite guy to keep an eye on.

Rivera will come out the winner in the “Fight of the Night” bout, and he will score a contract because of the fun performance.

Former UFC fighter Jacoby will nab a contract in a redemption bout. He has spent his time with GLORY Kickboxing over the last few years, and he has looked like a great striker. Perhaps he puts those skills on display here to wow UFC President Dana White and the matchmakers.