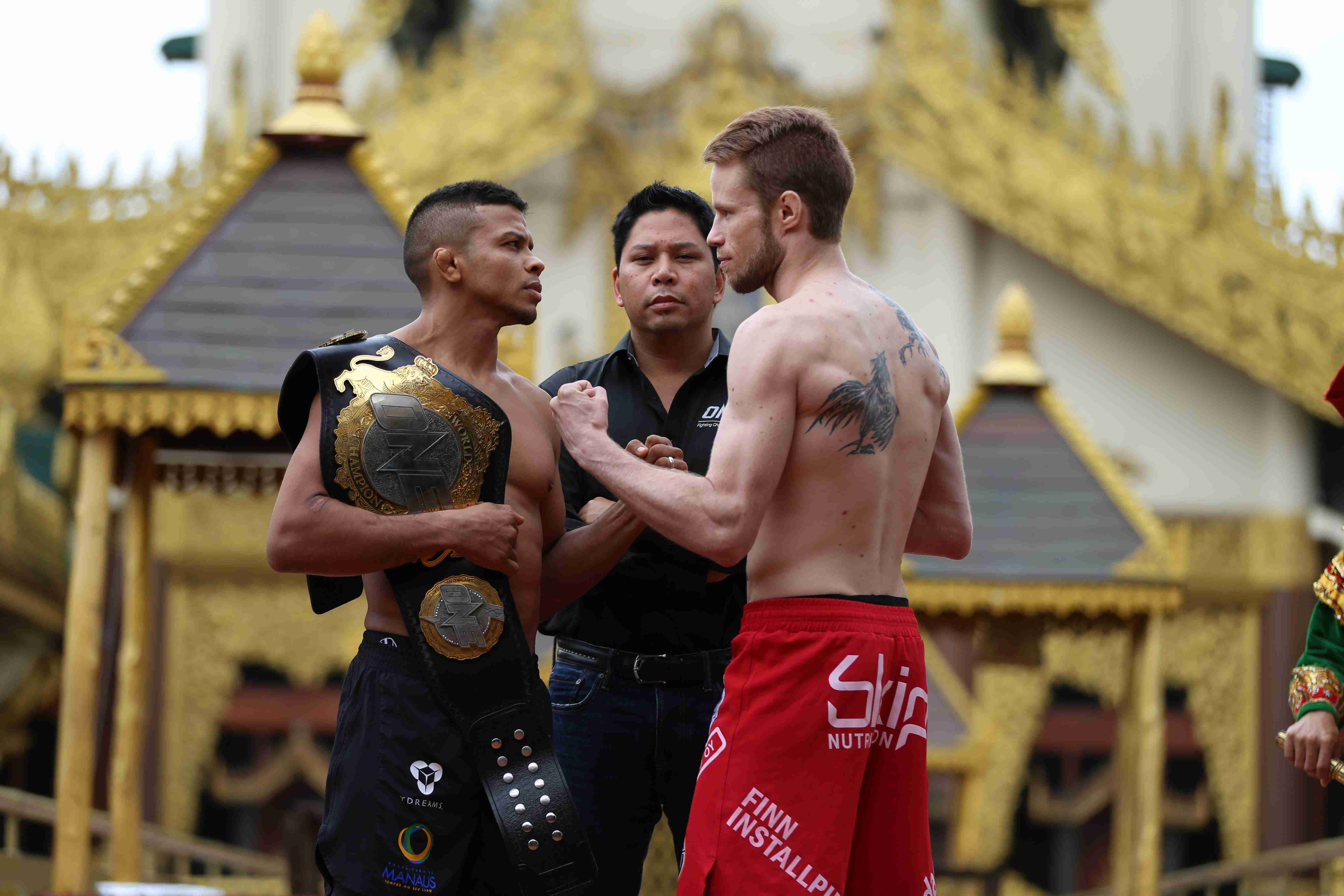 On Friday, July 17, ONE Championship held the weigh-ins for its 29th event, dubbed Kingdom of Warriors, which takes place Saturday, July 18, from the Thuwunna National Indoor Stadium in Tamwe Township, Yangon, Myanmar.

In the night’s main event, the promotion’s bantamweight title will be on the line as champion Bibiano Fernandes looks to defend against Toni Tauru. The Brazilian Fernandes has yet to taste defeat in the ONE cage. His current nine-fight winning streak dates back to 2009. Finland’s Tauru enters his promotional debut riding a 10-fight winning streak.

Also on the card, the promotion will hold four-man, one-night tournaments in the featherweight and lightweight divisions.