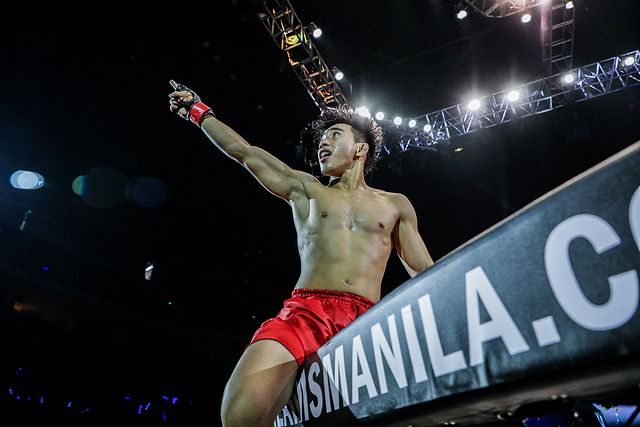 Team Lakay’s Next Generation Still on the Rise

Team Lakay has been lauded as one of the best combat sports gyms in the world. However, after ONE 164: Pacio vs. Brooks this past Saturday, the storied training center are left without a title to their credit.

Jarred Brooks took the last remaining ONE Championship world championship away from the camp when he defeated longtime strawweight king Joshua Pacio in the Dec. 3 headline bout.

But that may only be a temporary situation. Team Lakay veterans may have recently felt the bitter taste of defeat, but there is reason for optimism within the ranks.

The next generation of stars from the Filipino gym has begun to emerge, and they are ready to take ONE by storm.

Bantamweight contender Stephen Loman is a perfect 3-0 inside the ONE Circle and is coming off of a career-defining performance against Bibiano Fernandes last month. The dominant performance was a showcase that he is ready to contend for gold in 2023.

Fellow Team Lakay member Jeremy Pacatiw got back in the winner’s column at ONE 164 with a submission win over Tial Thang.

And Jhanlo Mark Sangiao also picked up a victory at ONE 164. The unbeaten talent put away Anacleto Lauron inside of two minutes. Sangiao is one of the most heralded young guns coming out of the camp, and he sees a bright future for them going forward.

“I know we don’t have belts anymore but it’s not the end. We are here, we are rising, we do our best to get [the belts] back, not only four, but more,” Sangiao said.

And even though Brooks won the ONE strawweight championship at ONE 164, the American star’s friendly rivalry with the camp doesn’t appear to be over by any stretch of the imagination. In fact, at the post-event press conference, Brooks said he would happily entertain a rematch with Pacio at the debut U.S. event in Colorado next year.

“This isn’t the end with Joshua Pacio. We were just talking about it too. So, I would love to give him another chance in Denver in the United States. He can come to my home turf and we can see where it goes from there,” Brooks said.

Team Lakay has played a pivotal role in the growth of mixed martial arts in the Phillippines. Not only have they being consistent, they are reaping the rewards with the next generation of upper echelon talent. While they once held numerous titles, Team Lakay is bound for a resurgence and remain one of the most impressive camps around the globe.