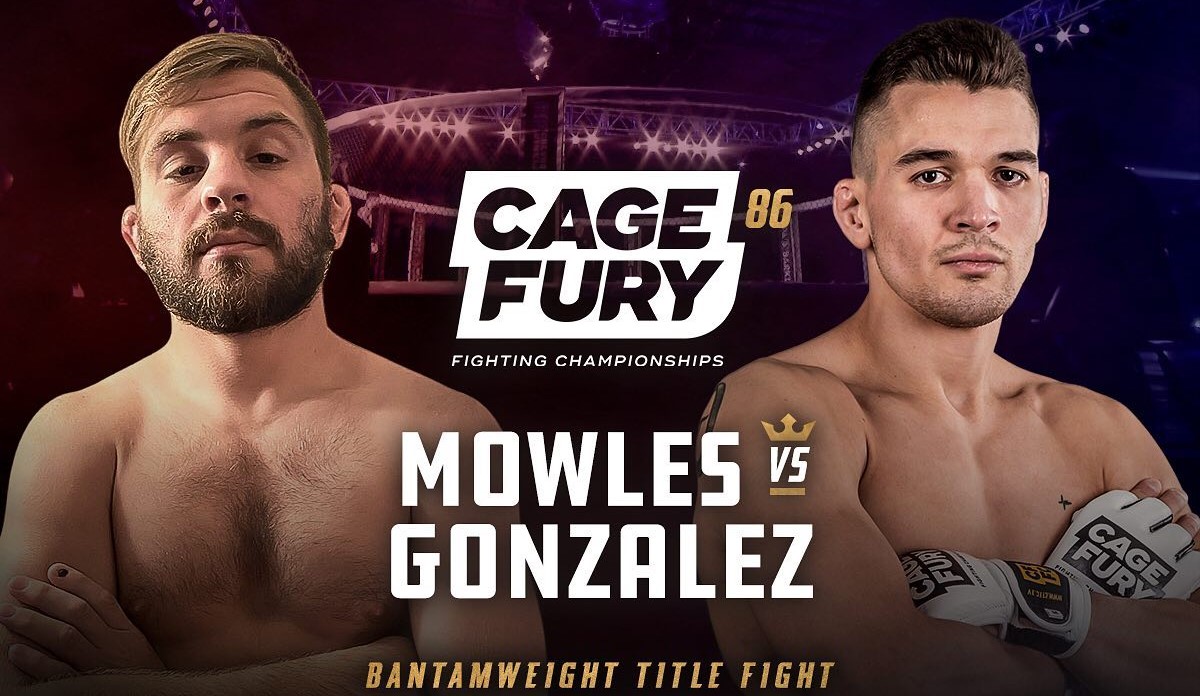 On Thursday, Oct. 29, Cage Fighting Fury Championship hosted the first of consecutive events, as CFFC 86 takes place at the 2300 Arena in Philadelphia.

In the night’s main event, the promotion looked to crown a new bantamweight champion as Levi Mowles took on James Gonzalez. The LFA veteran Mowles rode a three-fight winning streak into his promotional debut, but missed weight for the bout and was ineligible to win the belt. A CFFC veteran, Gonzalez had scored back-to-back first-round finishes.