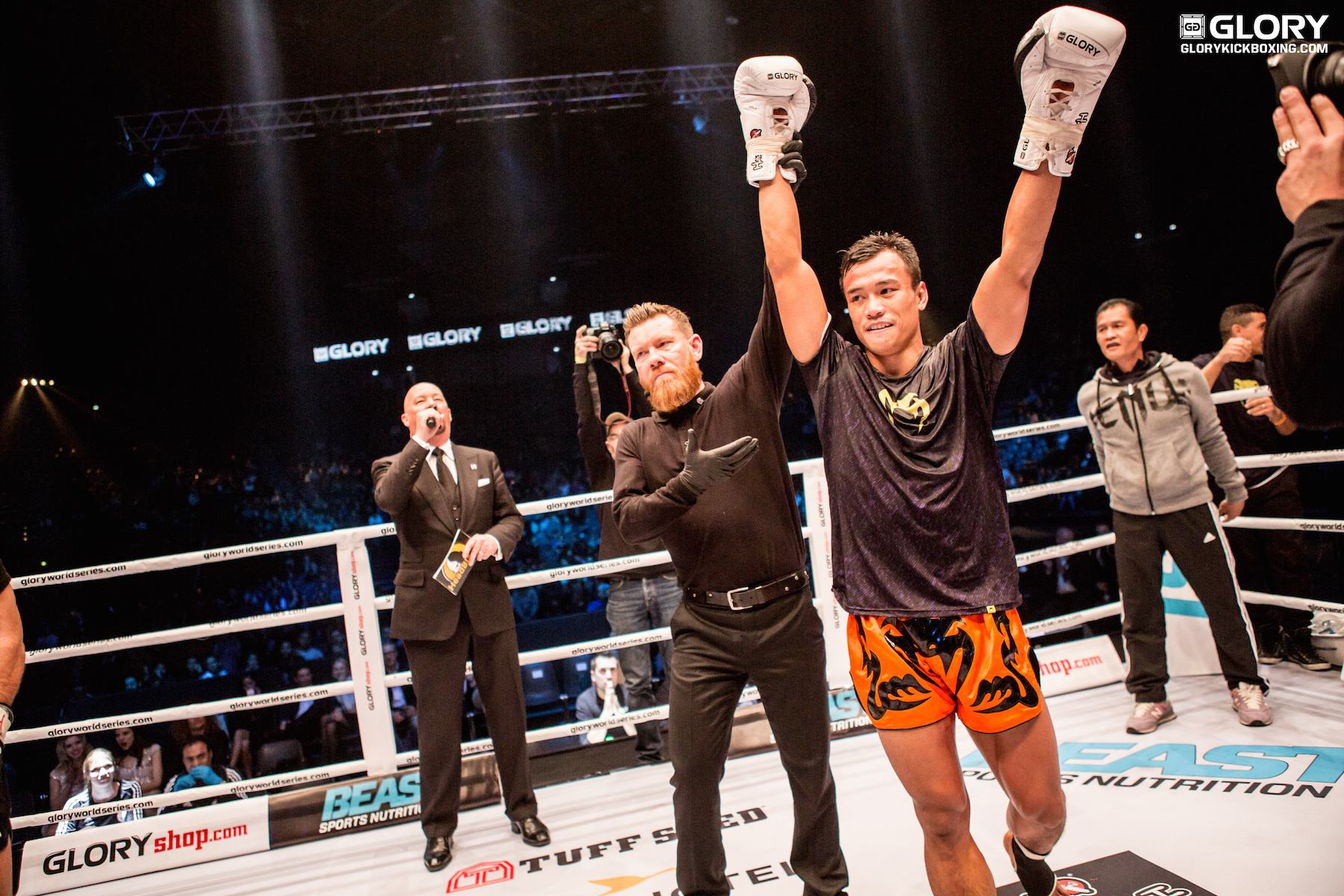 In the evening’s main event, the world’s best kickboxer returns to Kunlun Fight after collecting more hardware for his growing collection. The No.1-ranked lightweight Sittichai Sitsongpeenong won the GLORY lightweight title from Robin van Roosmalen after five hard-fought rounds at GLORY 31 in June. Sittichai cemented his place as the best kickboxer in the world following his redemption against van Roosmalen stemming from a controversial defeat at the hands of the former champion and the ISKA judges at GLORY 25.

The win was Sittichai’s seventh of 2016 and the second major title the 24-year-old captured during this year. Just eight months into the year, Sittichai’s resume features multiple tournament victories and top-10 wins over K-1 World GP champion Marat Grigorian, former GLORY champ Davit Kiria and kickboxer-turned-pro-boxer Enriko Gogokhia. His 2016 run has already surpassed his impressive 2015 record that featured 10 wins and “Fighter of the Year” honors.

Sittichai returns to the promotion for another potential run to the finals of the 2016 Kunlun Fight World MAX tournament. He was scheduled to meet Claudiu Badoi in the round of 16. However, one week before the fight, the Romanian youngster was pulled from the bout due to a left leg injury. Portuguese kickboxer Diogo Neves replaces Badoi on short notice after failing in his own bid to qualify for the round of 16 at Kunlun Fight 47.

The evening’s co-main event features popular Chinese kickboxer Wu Xuesong, who put his name on the map with a “Knockout of the Year” contender at Kunlun Fight 41. Xuesong stopped borderline top-10 lightweight Tayfun Ozcan after the Turkish kickboxer pulled off the upset win over Davit Kiria in the semifinals of the qualifying tournament. Xuesong welcomes Dutch-Surinamese prospect Serginio Kanters back to Kunlun Fight following a defeat to top-10 lightweight Anatoly Moiseev at Kunlun Fight 44. Kanters qualified for the round of 16 with victories over former Rajadamnern and Lumpinee stadium champion Saiyok Pumpanmuang and Zhong Weipang at Kunlun Fight 42.