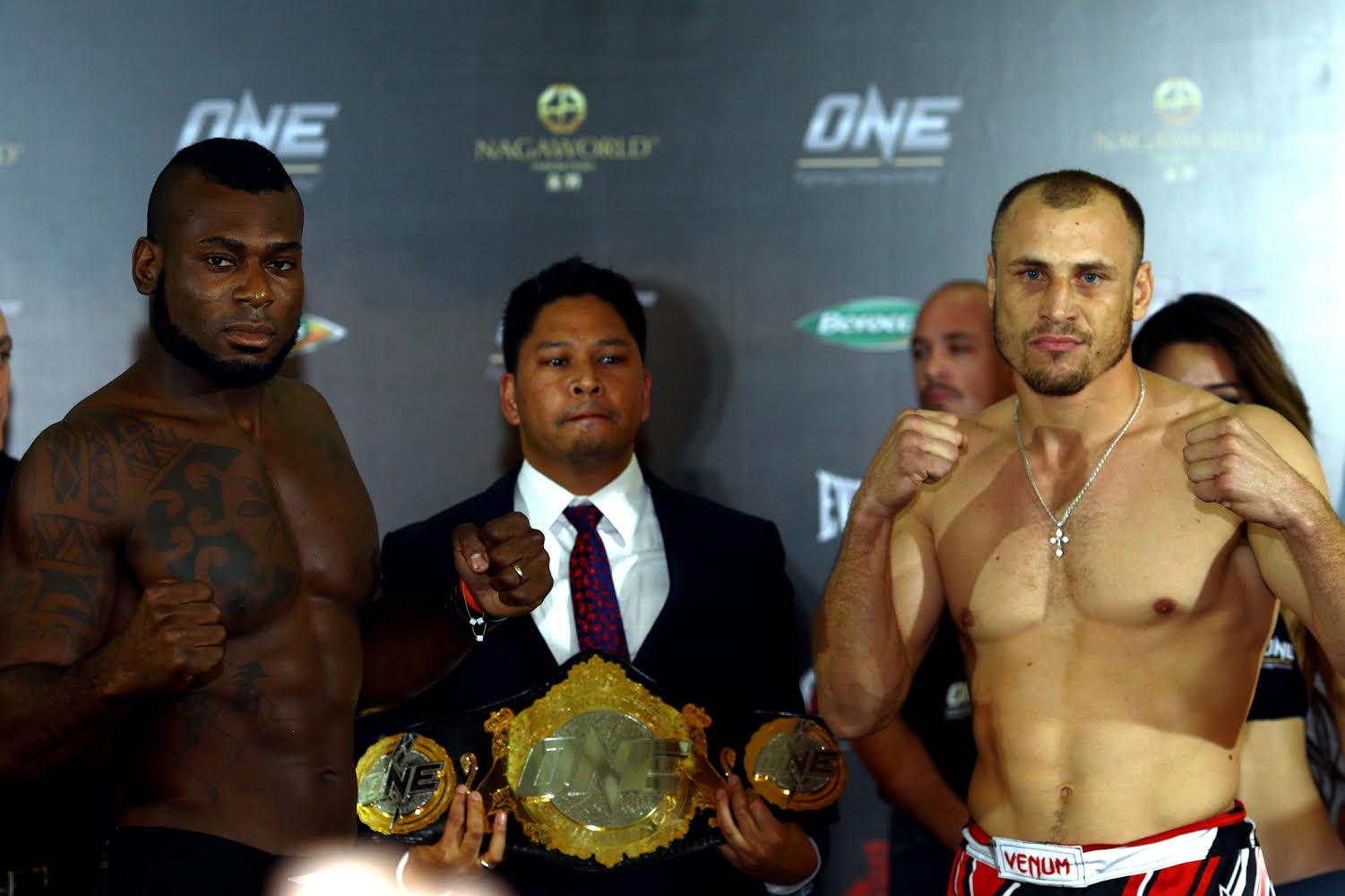 On Thursday, Nov.67, ONE Fighting Championship hosted the weigh-ins for its 22nd event, dubbed Battle of Lions, which takes place Friday, Nov. 7, from the Singapore Indoor Stadium in Singapore.

In the night’s main event, the promotion will crown its inaugural middleweight champion as Leandro Ataides squares off with Igor Svirid. The Brazilian Ataides enters the contest carrying a perfect professional record of 8-0. Six of his eight wins have come before the final bell, including back-to-back knockout victories in the ONE FC cage. Kazakhstan’s Svirid, meanwhile, has tasted defeat just once in his career. He currently rides a nine-fight winning streak that includes six finishes. The 28-year-old will be making his promotional debut in the title affair.

The co-main event of the evening will feature a lightweight clash between Brazil’s Zorobabel Moreira and Japan’s Koji Ando. The former title challenger Moreira will return to action for the first time since his knockout loss to Kotetsu Boku in late 2012. Ando made his promotional debut in July and scored a first-round submission win over Rafael Nunes to run his current winning streak to four.