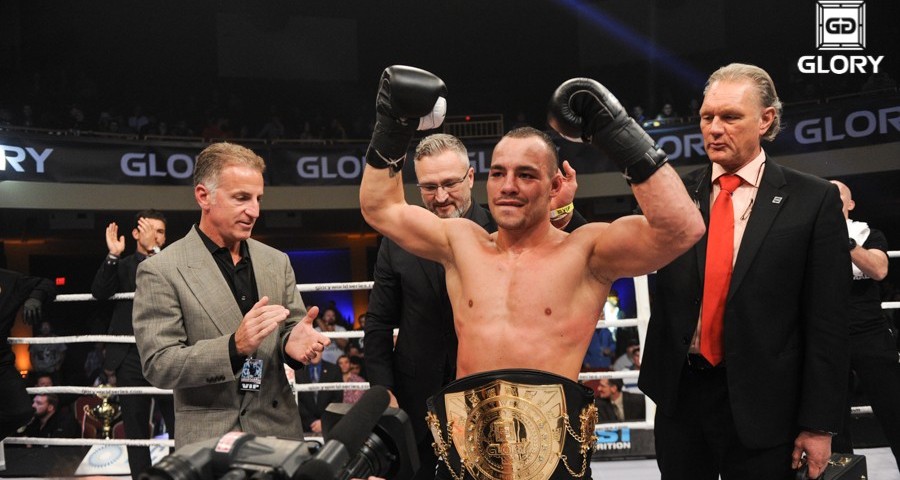 On Friday, Nov. 6, GLORY ventured to Milan for its 25th event, which took place from PalaIper in Monza, Italy.

In the evening’s main event, two of the world’s very best lightweights vied for the GLORY lightweight title. GLORY champion Robin van Roosmalen looked to defend his title for the second time against surging No. 1 contender Sittichai Sitsongpeenong. The champion last fought under the GLORY banner at GLORY 20 in Dubai. It was a bout in which he battled back and forth for five rounds with top lightweight Andy Ristie. Sittichai entered the GLORY ring with a bang, winning the GLORY 22 lightweight contender tournament by defeating two top-10 lightweights in one night.

In the evening’s co-main event, one of the sport’s most revered fighters made his return to GLORY for the first time since only his second career defeat at the hands of Andy Ristie at GLORY 12. Italian lightweight Giorgio Petrosyan hunted for his 80th career victory when he met fellow top-10 lightweight Josh Jauncey. The Canadian was making his return to GLORY after losing to Sitthichai in the finals of the lightweight contender tournament at GLORY 22, a loss that marked his first defeat in five fights with the promotion.

The GLORY SuperFight Series featured GLORY featherweight champion Gabriel Varga putting his title on the line against No. 1 contender Serhiy Adamchuk. Adamchuk burst onto the scene with a win over Marat Grigorian on less than 48 hours’ notice at GLORY 22. Varga last fought Mosab Amrani at GLORY 20. The five-round decision victory earned Varga the vacant featherweight crown.