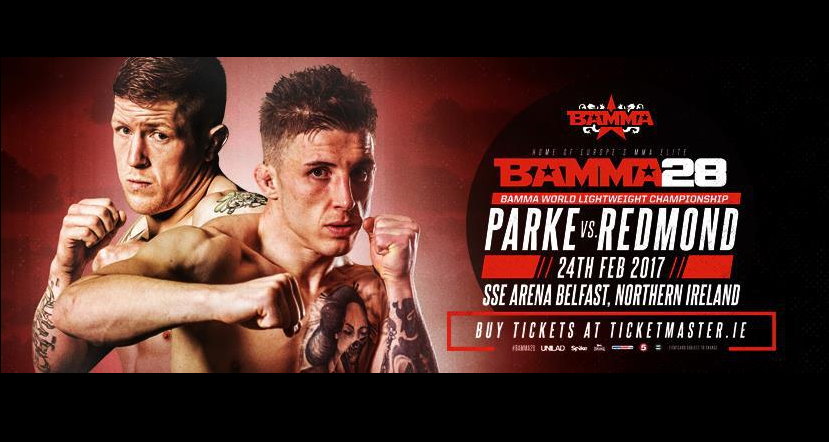 On Friday, Feb. 24, BAMMA hosted its 28th event from the SSE Arena Belfast in Belfast, Northern Ireland. The card was a joint effort with U.S. promotion Bellator MMA.

In the night’s main event, a pair of UFC veterans locked horns as Norman Parke competed in his own backyard against Irishman Paul Redmond. The 30-year-old Parke put together a 5-3-1 run inside the Octagon and recently got back in the win column at ACB 47, topping Andrew Fisher by decision. Fisher, meanwhile, found far less success on the world’s biggest stage, but the former Cage Warriors veteran made a successful debut under the BAMMA banner with a decision win over Chris Stringer at BAMMA 26.

The card also featured three title tilts, as the promotion crowned an interim flyweight champion and a new featherweight champion. The Lonsdale lightweight strap was also on the line.