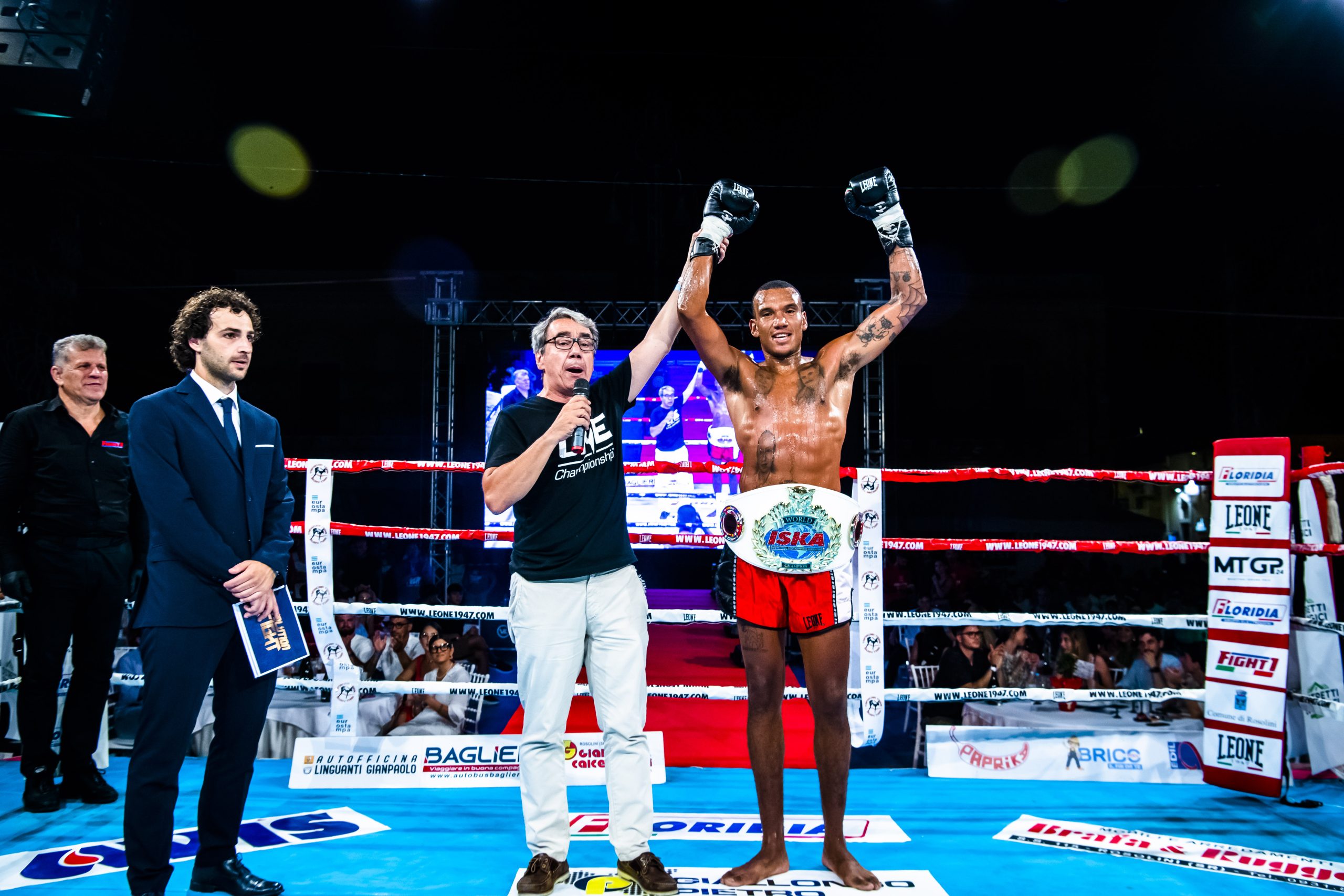 Edye “La Sombra” Ruiz is the new ISKA -75 kg Muay Thai world champion. He won the belt at Evolution Fight XIX by defeating Lion Fight champion Enrico “The Fog” Carrara in the magnificent Garibaldi Square in Rosolini, Sicily. After three balanced rounds, the Italian seemed to have no more energy, probably due to a very hard weight cut. Carrara usually fights in a higher weight division and that has always come with a strong weight cut. So, the Dominican-Spanish fighter, noticing the issue, boosted his aggressiveness getting three knockdowns in the fourth round to score a victory by TKO.

In the co-main event, it was a tough fight, as predicted, for Lorenzo Di Vara in the bout for the IMTF -70 kg Muay Thai rules European Title versus the French Dean Bensedira. But, after 5 rounds, it was a unanimous decision victory is for the Italian.

The Roman Roberto Oliva defeated, by decision, the Apulian Domenico Lomurno, so he will be the next ISKA kickboxing -63 kg challenger in Rome on Nov. 26. The two, both internationally titled, fought without fear and divided the thousands of people in the Rosolini square.

Check below for full event results.