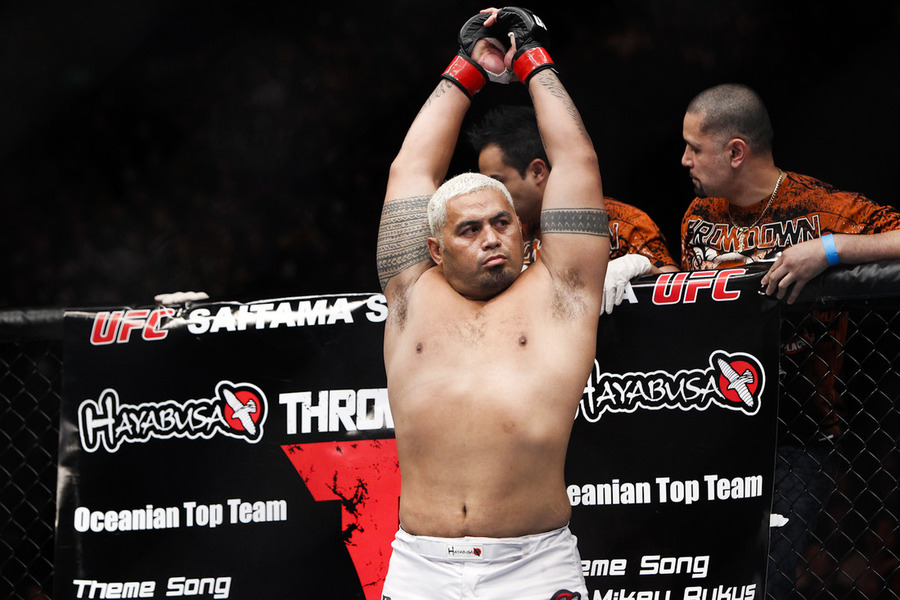 The UFC’s first trip to Mexico is now complete with the addition of three bouts to the card.

All three newly added fights are contests between The Ultimate Fighter: Latin America contestants, bringing the total number of fights on the card to 13.

In the bantamweight division, semifinalists Marco Beltran and Marlon Vera (who was forced out of the show due to a skin infection) will collide inside the Octagon.

Also in the bantamweight division, previously eliminated cast members Masio Fullen and Alexander Torres face each other in the bright lights on Saturday night.

Finally, Flyweights Fredy Serrano and Bentley Syler are also set to do battle on the card.

UFC 180 takes place in Mexico City on Saturday, Nov. 15. It will be headlined by an interim heavyweight title fight between New Zealand native Mark Hunt and Brazilian Fabricio Werdum. The night’s main card will air live on pay-per-view, with the preliminary card split between a broadcast on Fox Sports 1 and a stream on UFC Fight Pass. The bout order for the event has yet to be determined.