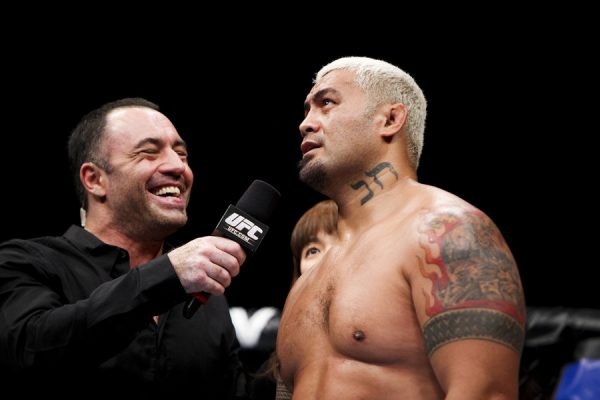 ‘Pride Never Die,’ Nor Does it Age Like Wine: A Tribute to Mark Hunt

After Zuffa, LLC, purchased the Japan-based Pride Fighting Championships in March 2007, the UFC fully absorbed the Pride roster and brought an influx of MMA legends to the Octagon, several of whom still had much to accomplish. Many of them still compete to this day. The merger between world superpowers of MMA was a dream come true for combat-sports fans. Among the acquired talent were Mirko “Cro Cop” Filipovic, Dan Henderson, Wanderlei Silva, the Nogueira brothers, Quinton “Rampage” Jackson and Mauricio “Shogun” Rua. Some of the former Pride fighters went on to capture gold in the UFC. Others, like Fedor Emelianenko, are still chasing gold elsewhere. The aforementioned names were some of the most talked-about athletes in combat sports at the time, but one of the biggest breakout stars largely flew under the radar. His name is Mark Hunt.

Lesser known to the casual fans at the time, Hunt has gone on to become a folk hero of the UFC heavyweight division, despite entering the UFC with a 5-6 record and riding a five-fight skid. Hunt even lost his debut fight in the UFC to extend his losing streak to six in a row. Yet, he would not be deterred. After all, this was the same fighter who had beaten a prime Wanderlei Silva and a prime Cro Cop in Pride just a few years earlier. Hunt also had 17 professional kickboxing wins under his belt before competing in MMA. The UFC was on the verge of buying out his contract until he pleaded with the promotion to give him one more chance. The UFC did, and the rest is history.

“I’m looking forward to finishing my career here with the UFC, but I’m trying to do some other things next year,” he told New Zealand news outlet Stuff prior to the fight. “I’m looking at trying to compete in five more countries: New Zealand, Melbourne — Melbourne’s where I kicked off my career — Japan, Korea and hopefully Russia. It might be boxing, kickboxing or MMA, we’ll see what happens.”

While Hunt appears nonchalant about his relationship with the UFC, it would come as no surprise to see another war of words erupt between the fighter and UFC President Dana White before long. Hunt’s relationship with the UFC has been strained for several years, to say the least. In addition to several social-media rants that expressed severe displeasure with the treatment of fighters, among other things, he has an active lawsuit against the UFC, White and former UFC star Brock Lesnar. The lawsuit alleges that the defendants colluded in suppressing the results of several failed drug tests from Lesnar surrounding their UFC 200 co-main event.

Hunt has been very outspoken that a union is absolutely critical to the future of all MMA competitors, especially those who aspire to make a career in the UFC. In a recent interview, he told Kumite Radio, “I mentioned a few years ago to a lot of fighters about starting a union and sticking together, but what I got from them is, ‘I got mortgages and shit’; motherfucker, who doesn’t got a mortgage? It would be good one day if all the fighters get together and make a union and unionize like all other sports. All I see at the top end is illegitimacy.”

Aside from his grievances with Zuffa and its leadership, the “Super Samoan” clearly still has the passion for fighting. He may soon resurface in another organization, but the UFC at least gave him a proper farewell in front of a crowd where he is among the most beloved.