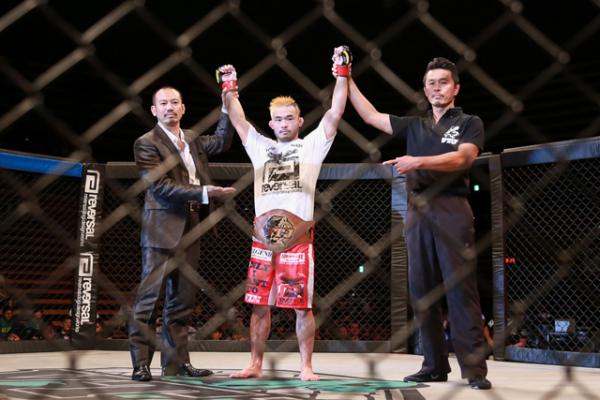 Out of Obscurity: EFC Worldwide 79, Serbian Battle Championship 21 and Shooto

South Africa’s EFC Worldwide promotion hosts it 79th event at a familiar venue for the organization, Carnival City. The overall lineup isn’t quite as strong as some of the company’s past offerings, but it does end with an intriguing featherweight championship headliner that pits titleholder Igeu Kabesa against undefeated challenger Karlo Caput.

The champion is a product of the Fight Fit Militia. Kabesa, who has a background in wrestling, has been an EFC Worldwide mainstay for his entire pro career. He debuted in 2013 and won six fights before challenging future UFC fighter Danny Henry for the featherweight crown. It was Kabesa’s first fight at 145 pounds after competing mostly as a lightweight. “Smiley” captured the strap with a five-round decision over Henry. He defended the title with a first-round finish of Hanru Botha, but lost the belt in a rematch against Henry, who secured a first-round submission on Kabesa and then vacated the strap when he signed with the UFC. Kabesa reclaimed the vacant title with a first-round finish of Pierre Botha and then stepped up to lightweight, where he stopped Paulo “Bananada” Silva with a spinning elbow. The champ then returned to the featherweight division for a successful defense against Calum Murrie. The 25-year-old has four knockouts and two submission victories on his resume.

Caput, who also debuted in 2013, is a newcomer to the promotion. The “Croatian Cowboy” is a bit of an unknown who has spent most of his career in obscure Eastern European organizations. The 26-year-old became an attractive option as a title challenger thanks in part to six first-round stoppages among his eight wins. His two most recent wins ended in less than a minute. Unfortunately, most of his competition has possessed very little experience and rarely a winning record. The one exception is recent victim Renat Lyatifov, who has nearly 60 fights under his belt with more than 30 victories. Caput decimated Lyatifov in a mere five seconds.

The question here is whether Caput has been fortunate to fight low-caliber competition. Kabesa could be a far different challenge than the fighters he has disposed of in Eastern Europe. However, Caput has looked very impressive while remaining perfect through eight fights. He showed tremendous power in his right hand that left Lyatifov on rubber legs. He’s also vicious in his ground-and-pound attack from top position, and the 26-year-old can be lightning quick in transitioning to a submission.

Kabesa has some solid stoppages in his lengthy EFC Worldwide run, and he’ll definitely enjoy the comfort of fighting in a promotion and venue with which he’s extremely familiar. Caput, meanwhile, gets thrusted into the spotlight with a title shot to kick off his stay with the South African promotion. No pressure there.

As good as Kabesa has been, he did fall victim to a choke at the hands of Henry. He’s going to struggle against a finisher like Caput. The “Croatian Cowboy” should become the second man to submit Kabesa.

The Serbian Battle Championship organization is hardly a giant, but it has managed to secure an interesting lightweight title tilt atop its 21st effort. Brazilian Jackson Loureiro is the current titleholder, and he’ll put his crown on the line against local boy Stefan Zvijer.

Loureiro, a Chute Boxe Balneário Camboriú export, has been toiling around the Brazilian circuit since 2015, when he picked up a debut win over veteran Marcelo Piazza. The former bantamweight and featherweight continued his run with four more victories over his next five contests before fighting to a majority draw with Pedro Henrique. The 24-year-old “Tortora” returned to the win column in his next outing against Pedro Gabriel. Most recently, he snagged the SBC lightweight crown in December with a second-round finish of Nemanja Kovač. Loureiro has picked up five victories via some form of knockout.

The 26-year-old Zvijer turned pro in 2012 and won his first seven fights, albeit against mostly rookies and .500ish foes. He finally stumbled when he stepped up to fight future Bellator fighter and KSW veteran Vaso Bakočević. The Serbian-born Slovenia resident responded to the loss by scoring back-to-back stoppage wins over quality opposition. This will be his first fight in more than 14 months.

Zvijer kept the fight close against Bakočević, but shoddy takedown defense, an upright stance and a failure to protect his chin allowed Bakočević to take the nod. He could be in for a similar fate opposite Loureiro. The Brazilian incorporates kicks and knees into his striking attack, and he tends to throw punch-kick combinations. Zvijer, on the other hand, has a habit of loading up for one punch.

This could turn into a points game, where Loureiro scores with kicks, knees and punches. Meanwhile, Zvijer will whiff on a number of bigger, telegraphed power punches. It’d be a surprise to see either of these men willingly take the fight to the mat unless they’re hurt or getting dominated on the feet. In the end, this one is likely to head to the scorecards, where the champ will secure the victory.

The UFC’s loss is Shooto’s gain. Despite a strong showing on The Ultimate Fighter 24, where he landed in the finals opposite Tim Elliott, Hiromasa Ogikubo, the No. 5 seed on the show, didn’t stick with the UFC. Instead, he returned to Japan, where he now serves as the Shooto flyweight champion. Ogikubo has another defense lined up at Shooto’s 30th anniversary show, where he tangles with veteran challenger Kiyotaka Shimizu.

It’s surprising that Ogikubo wasn’t retained by the UFC. On TUF 24, the scrappy Japanese fighter submitted Nkazimulo Zulu and decisioned Adam Antolin and Alexandre Pantoja to advance to the finals, where he came up short in a decision loss to the aforementioned Elliott. While it would seem like a no-brainer for Ogikubo to join the UFC ranks, he instead returned to the Shooto organization. The 32-year-old started competing in 2006 and has won the Shooto Rookie Tournament and a Shooto Pacific Rim title in addition to his current belt. A talented grinder, Ogikubo has claimed 10 decision wins while only submitting six foes and knocking out just one opponent. His only career losses came against the solid trio of Koetsu Okazaki, Eduardo Dantas and Kyoji Horiguchi (twice). Meanwhile, he holds notable wins over the aforementioned Okazaki, Takeshi Kasugai, Czar Sklavos and Danny Martinez. His most recent loss came to Horiguchi under the Rizin banner.

The 35-year-old Shimizu has been a mainstay in Japan since launching his career in 2008. In addition to Shooto, the Tribe Tokyo MMA disciple has made numerous appearances with Pancrase and has also seen action with Sengoku, Deep and Vale Tudo Japan. The veteran fighter won the the 2009 Pancrase Neo Blood tournament at the flyweight level and eventually became the flyweight (later “super flyweight”) King of Pancrase. While he does have eight knockout wins and four submissions on his resume, Shimizu is also a bit of a grinder who has won nine decisions and dropped 12 fights that went the distance. He’s only been knocked out once and suffered one submission defeat. Shimizu has notable victories over Mitsuhisa Sunabe (twice), Atsushi Yamamoto, Yuya Shibata and Yoshiro Maeda, but he has also suffered losses to Sunabe, Yasuhiro Urushitani, Mamoru Yamaguchi, Shinichi Kojima, Haruo Ochi, Yuki Motoya and Ryuichi Miki, among others.

This could be a grueling battle of attrition between two of the better flyweights in Japan. Shimizu is no slouch, but he tends to lose to the best fighters he’s faced, with the exception of Sunabe. Well, Ogikubo has proven to be nearly top-10 quality among the flyweight division.

Shimizu has won six of his last seven fights, but his competition, although consisting of solid veterans, was nowhere near the level of Ogikubo. Shimizu has also seen some significant rough patches, including a four-fight skid in 2015. He should give Ogikubo a strong challenge, but this one should go to the TUF alum on the scorecards.