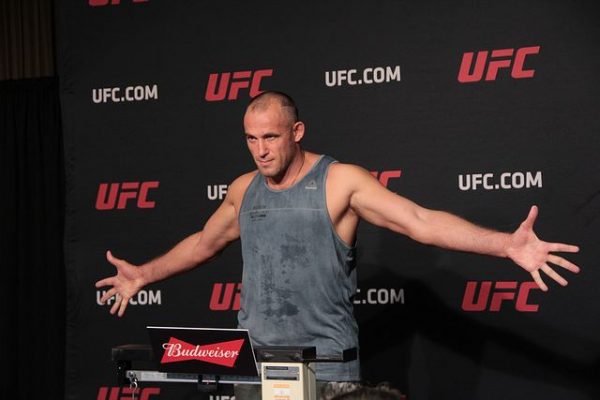 On Saturday, Sept. 15, the UFC debuted in Russia, visiting the Olympic Stadium in Moscow for UFC Fight Night 136: Hunt vs. Oleinik.

In the night’s main event, heavyweight specialists collided when former K-1 champion Mark Hunt clashed with Ezekiel choke connoisseur Aleksei Oleinik. The 44-year-old Hunt looked to rebound from a UFC 221 decision loss to top-10 fighter Curtis Blaydes. Prior to that, Hunt stopped Derrick Lewis in his native New Zealand, earning “Fight of the Night” honors in the process. Russia’s Oleinik fought in his homeland for the first time in nearly five years. The International Master of Sport in sambo had submitted his opponent in 46 of his 56 career victories. The 41-year-old entered the contest having won three of his last four, with the only loss coming against the aforementioned Blaydes.