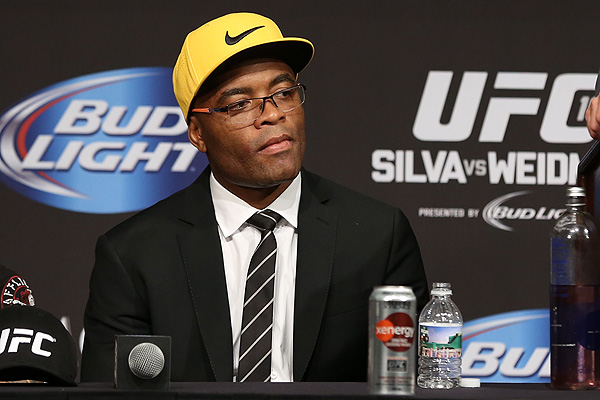 As fight fans, there is always a part of us that wants to see ridiculous fights just for the pure entertainment value. Think James Toney against Randy Couture, the late Kimbo Slice against DaDa 5000, or Tank Abbott against really anyone. These were not fights that held any sort of relevance other than being referred to as the “freak show” fights of the MMA landscape. But sometimes, a ridiculous match-up could have produced an incredible outcome.

What if Randy Couture and Fedor Emelianenko had been booked when both men were seemingly in their primes? This was a fight that had potential to be one of the greatest fights ever, but contractual negotiations never came to fruition and the bout fizzled along with the future careers of both fighters. Fedor was one of the greatest of all time, but when he continued to fight cans and has-beens, his stake to the claim of that title was diminished. The first real test that Fedor is being given comes against Matt Mitrione later this week at Bellator 172. Think about that while I continue.

What if Alistair Overeem hadn’t gotten injured in the 2012 Strikeforce Heavyweight tournament and wasn’t replaced by Daniel Cormier? Would the world even know who the current UFC light heavyweight champion is if he had not been presented the opportunity to compete as an alternate? Would fans know Cormier if he wasn’t the man who would go on to win the Strikeforce Heavyweight Grand Prix title and an eventual shot in the UFC? Just the thought alone really brings the wheels to a firm spin given the possibilities of a completely different champion and divisional makeup. Cormier has thrived in his career due to just one granted opportunity that he made the best of. No argument there. Now he must defeat Anthony “Rumble” Johnson once again to assumingly challenge the only man to defeat him, former UFC light heavyweight kingpin Jon “Bones” Jones.

What if Anderson Silva and Georges St-Pierre had met at a catchweight when both men were respective champions in their divisions? It would have truly been the answer to who was the current greatest of all time, if not the true — and I hate to say it — G.O.A.T. At the time, it would have easily been the biggest drawing fight the UFC could have dreamed of putting together, but it just wasn’t the right time for either man. But with Silva still competing and the ongoing rumors that GSP is set to return to the Octagon, this is a fight that could still happen, right? The answer is a simple and flat out not a chance in hell. The fight itself just wouldn’t have the same pull that it did four or five years prior. GSP hasn’t fought since a razor-thin split decision win over Johny Hendricks in November 2013 at UFC 154. Until this weekend’s questionable UFC 208 victory over Derek Brunson, Silva hadn’t won a fight since defeating Stephan Bonnar at UFC 153 in 2012.

Thanks to Conor McGregor, fans feel that super fights still need to happen. This is one bandwagon we should stop jumping on. GSP would be coming back to the Octagon after a four-year layoff. While Chang Sung Jung was able to impress after his three-year layoff last weekend, GSP wouldn’t fare the same. St-Pierre walked away from the sport for his reasons, and I still am convinced that the greatest UFC welterweight champion will never actually return.

As far as Silva goes, the argument doesn’t even need to be made. Even though “The Spider” pulled off a victory against the rising Brunson, the match-up with GSP doesn’t have the drawing power that it would have years prior when both men were at the top of the mountain, waiting to one day dethrone the other. As father time has passed each and every one of us by, it has also far exceeded the right time for this fight to have happened.