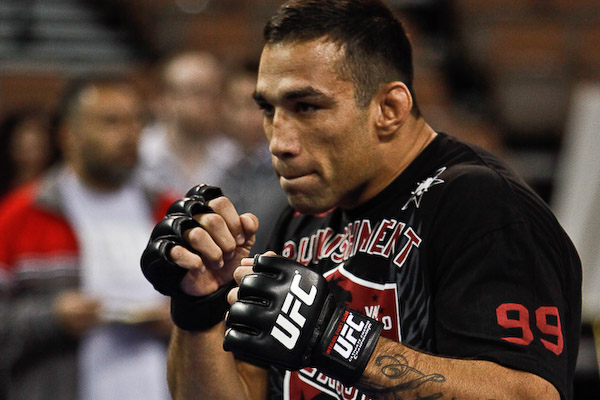 You never know what to expect at a 2021 season event from the Professional Fighters League. The first show of the year provided a number of upsets, whereas the second event delivered the outcomes fans and pundits surely expected from the biggest names in the lineup. Which direction will the third show, which features the promotional debut of Fabricio Werdum and appearances by both of the 2019 women’s lightweight finalists, go?

Werdum’s debut comes against Renan Ferreira, a mostly unheralded member of Team Nogueira. “Vai Cavalo” is now five years removed from his UFC title reign, and he’s just 1-2 over his last three appearances. However, a fresh start in the PFL could reignite his competitive flame. Ferreira would love to play spoiler, though. “Problema” stands 6-foot-10 and will tower over Werdum. However, the 31-year-old already suffered a submission loss to Vinicius Moreira and could get victimized by the veteran grappler Werdum.

In addition to Werdum, the heavyweight contingent on this card features such notables as Mohammed Usman and Denis Goltsov.

The other featured weight class at this show is the women’s lightweight division. The 2019 champ Kayla Harrison and runner-up Larissa Pacheco will both return to action against separate foes. Harrison draws Mariana Morais, a 26-fight veteran who has appeared inside the Invicta cage on a couple of occasions. Pacheco clashes with Julija Pajić, an undefeated youngster who has just three pro fights under her belt.

Crazy things can happen when Werdum is in the cage — anyone remember some scrub named Fedor Emelianenko? — but the Brazilian tends to be the one to exceed expectations. He’s been a steady presence in the heavyweight division, and while his surge has long since subsided, this is still a fighter whose only recent losses have come to the likes of Alistair Overeem, Alexander Volkov and Aleksei Oleinik. He might not be UFC championship material any longer, but Werdum is still among the best big men in the world.

Ferreira isn’t on this same level. The 31-year-old Team Nogueira representative is just eight fights into his MMA career, and he’s already been submitted once. His ability to secure the knockout makes him a dangerous opponent, but Werdum has been in the cage with plenty of strikers and can handle himself just fine.

Werdum should focus on getting this fight to the mat, where his Brazilian Jiu-Jitsu skills can carry him to victory without the risk of a knockout from Ferreira. Of course, he sometimes falls in love with kickboxing and chooses to stand with opponents. As long as Werdum plays it smart, though, he should take an arm or the neck for a finish and his first win of the PFL season.

The 2019 women’s lightweight finalists Kayla Harrison and Larissa Pacheco start their 2021 season campaigns at this show. Is either lady at serious risk for a loss on Thursday night?

If either of these ladies lose on Thursday, it would be a surprise.

Harrison has what should be a softball right down the middle in the form of opponent Mariana Morais. The Brazilian was a mediocre flyweight and bantamweight for much of her career. It’s one thing to shift up to 145 pounds after competing at 125 and 135, but a jump to 155 is ridiculous. Morais is likely to be outsized here and should get victimized by the Olympic judoka.

Pacheco at least faces a more serious threat in her first outing of the season, where she draws 23-year-old German Julija Pajić. This is Pajić’s first foray into PFL competition, but the young upstart is undefeated through three fights with three stoppages. There’s just one catch: Pajić took those wins over a pair of rookies and an 0-1 opponent. Perhaps the German is the real deal, but it’s more likely that Pacheco will also cruise to victory.

The PFL’s seasons often deliver stunning finishes and surprise performances. Who shines unexpectedly at the third show of the 2021 season?

The key word here is “unexpectedly.” We cannot attribute that tag to Helena Kolesnyk, who clashes with an 0-1 opponent and should easily impress. So, how about Kaitlin Young?

Young is a true veteran of the sport. She debuted in 2007 and had a high-profile clash when she went up against EliteXC favorite Gina Carano when women’s MMA was just finding a foothold with casual MMA fans. Young seemed to be on the decline by 2015, but she returned from a three-year hiatus to scorch the competition. She’s 4-1 over her last five fights, with only a five-round title loss to Pam Sorenson under the Invicta FC banner.

It’s not that Young isn’t still viewed as a solid competitor, but she might be an overlooked entry in this field. She’s been competing at featherweight or above since her return, and she’s topped the likes of Reina Miura, Sarah Patterson, Faith McMah and Latoya Walker. Young’s a grinder, but she has a wealth of experience and cage savvy that could make her a surprise contender to the PFL throne.

Young could kick things off with a dominant performance against Cindy Dandois. The Belgian fighter has the shinier career mark, but there’s a strong argument to be made that she’s overrated based on early wins over Marloes Coenen and Megan Anderson that are now just specks in the rearview mirror. Dandois has lost almost every other fight she’s had against a recognizable name.

Young’s win will be more clear-cut than many expect from her, and it’ll put the division on notice.

Genah Fabian and Laura Sanchez have the potential to put on a show on Thursday night. Fabian is 2-1, and both her victories came via stoppage due to strikes. Sanchez has just one pro fight — also a striking finish — on her resume, but she also had plenty of success at the amateur level. This is arguably one of the more competitive fights on paper for this third show of the season.

Fabian came up short against Bobbi-Jo Dalziel in the 2019 PFL season, but she put up a solid effort in the fight, which went the distance. Her stoppages came against rookie Jo Jo Obolevics in 2015 and sub-.500 fighter Moriel Charneski during the PFL season. She clearly has power in her strikes, but she needs a more credible opponent against whom she can prove her real potential.

Sanchez would seem to be that opponent. The 30-year-old tallied six wins through seven ammy bouts before going pro and notching a victory over Miranda Barber. Sanchez’s only amateur loss came to Akeela Al-Hameed, who is now winless through one pro appearance. This means that Sanchez, too, has a lot left to prove.