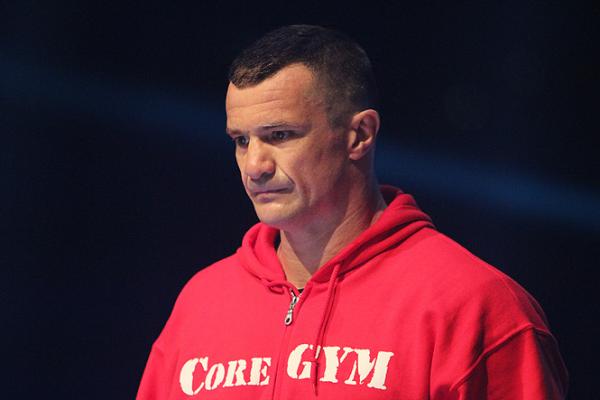 Not long after adding former UFC champion Quinton “Rampage” Jackson back into the fold to mixed reviews, the UFC decided to give fight fans another blast-from-the-past signing this week with the addition of 40-year-old MMA legend Mirko “Cro Cop” Filipovic to its heavyweight division. The signing certainly has gotten the MMA world talking and could result in some fun fights, but it’s hard to say if it is the best idea to allow a 40-year-old kickboxer with a history of brutal knockout losses to compete in the toughest heavyweight division in the world.

On paper, this signing makes a bit of sense. It allows the UFC to add some star power to a steadily declining heavyweight division. Despite a rough go in his prior UFC run and the fact that Cro Cop has been on the decline since his mid-thirties, the Croatian is still likely one of the 10 most popular heavyweights in the sport, and his drawing power alone makes him at least somewhat valuable to the UFC. However, the drawing power Cro Cop brings to a fight in 2015 is drastically different from what it was in 2010, and if that’s the sole reason the UFC had for bringing him back, it’s not clear whether he’ll be worth the investment.

When Cro Cop competed in Pride FC, he had an aura around him that made him feel like a special fighter. For the majority of that time, that’s exactly what he was. The way Cro Cop tore through his competition with vicious head kick after vicious head kick early in his career was a thing of beauty and made the Croatian native one of the few can’t-miss fighters in one of the sport’s most crucial time periods in the mid 2000s. Whether he was fighting a top guy like Wanderlei Silva or Fedor Emelianenko or fighting one of the sacrificial lambs Pride was always willing to throw its top fighters in need of a win, Cro Cop’s exciting style and dangerous reputation meant the fans got their money’s worth when he showed up to compete in Japan. Then the UFC bought Pride and Cro Cop decided to take his talents stateside and go after a belt in the Octagon. It’s at this point where everything seemingly goes downhill.

A successful debut win over Eddie Sanchez had the UFC’s Cro Cop hype train riding at full speed heading into the second bout of his Octagon career against Gabriel Gonzaga. With MMA legend Randy Couture and a UFC title fight waiting in the wings with a win, things seemed to be lining up perfectly for the Pride legend. That’s when the unbelievable happened. Gonzaga ended Cro Cop’s night early with a monstrous high kick that was every bit an equal to the ones Cro Cop had used to end so many nights in the past. Cro Cop was never really the same, and through multiple UFC stints and a few trips to Japan, someone who was once one of the best fighters on the planet slowly became a mediocre fighter with a big name to slam on a marquee.

To put this into perspective, Cro Cop’s last three UFC fights all ended the same way, with the Croatian battling with all he’s worth for three-quarters of the bout before getting hit with a big shot and ending up unconscious on the canvas. Whether it was against an established contender like Frank Mir or an unproven up-and-comer in Brendan Schaub, Cro Cop was unable to get back to the form that made him one of the most feared strikers in the world, and it showed in his reputation amongst both opponents and fight fans.

Since leaving the UFC a little over three years ago, not much has changed in terms of Cro Cop’s popularity. That’s not a good thing. While the Cro Cop of old was a clear-cut pay-per-view draw and main-eventer, this current version of the Croatian striker is basically now the heavyweight equivalent of Diego Sanchez or Clay Guida. In other words, he’s a solid hand that can earn some fan interest but not enough to convince most knowledgeable fight fans to kill their plans in order to watch a UFC event. The difference is, while guys like Sanchez and Guida have made their bread by putting on crazy wars and back-and-forth battles, Cro Cop has earned his stripes by standing toe-to-toe and going out on his sword if he needs to.

Sadly, that’s happened far too often when Cro Cop has fought UFC-caliber competition as of late, and this upcoming UFC run is frankly quite terrifying for fans who are worried about his health. All three of the knockouts he suffered before leaving the UFC can be described by words like brutal, vicious and destructive. At age 40 and miles away from the title picture, Cro Cop has truly little to gain by competing inside the Octagon again, outside of a paycheck.

It’s hard to completely slam this signing by the UFC, because odds are that Cro Cop is going to get at least a fight or two that will generate excitement in the fan base. Whether it’s another bout with longtime rival Antonio Rodrigo Nogueira or one of the countless other big names sitting on the fringe of the UFC’s heavyweight rankings, there are definitely a few match-ups that fight fans are going to get excited about in spite of themselves. Even though he’s obviously not the fighter he was in his prime, Cro Cop’s name on a fight poster brings butterflies for some fight fans, and therefore it’s easy to see why the UFC would want to add him to the mix. Yet, it’s difficult to justify signing a fighter who has suffered a handful of the most gruesome knockout losses in MMA history in order to grab a few extra pay-per-view buys or points in the television ratings.

If Cro Cop was at his current skill level and sported his current record, but with a few of those knockout losses replaced by decision losses, it’s doubtful you’d find anyone that could truly complain about the Pride legend getting another UFC deal. After all, it seems fitting that Cro Cop, after doing so much for the sport and becoming one of the biggest heavyweight stars in history, would hang up his gloves on the grandest stage of them all. But the number of horrific knockouts Filipovic has suffered throughout his career have been truly hard to watch. At his age, it’s safe to say many fight fans would agree that they’d rather not see one of their idols get beaten up and possibly seriously hurt inside the cage.

If the UFC can keep Cro Cop in the cage with some legends on a similar career path and he’s able to put on a good showing for the fans without getting hurt, then there’s nothing to complain about. As long as Cro Cop doesn’t get hurt, this is actually a pretty fun idea. However, throwing him in the cage against a younger fighter in order to try to let them make a name off of the legend isn’t such a fun idea. All it’s really going to prove if Cro Cop loses is that his chin is just as brittle as we thought it was. Either way, though, it’s a risky proposition. If the UFC is smart, it will go with the option that isn’t 95 percent likely to leave fight fans mourning one of their heroes as he lies on his back and looks up at the lights.