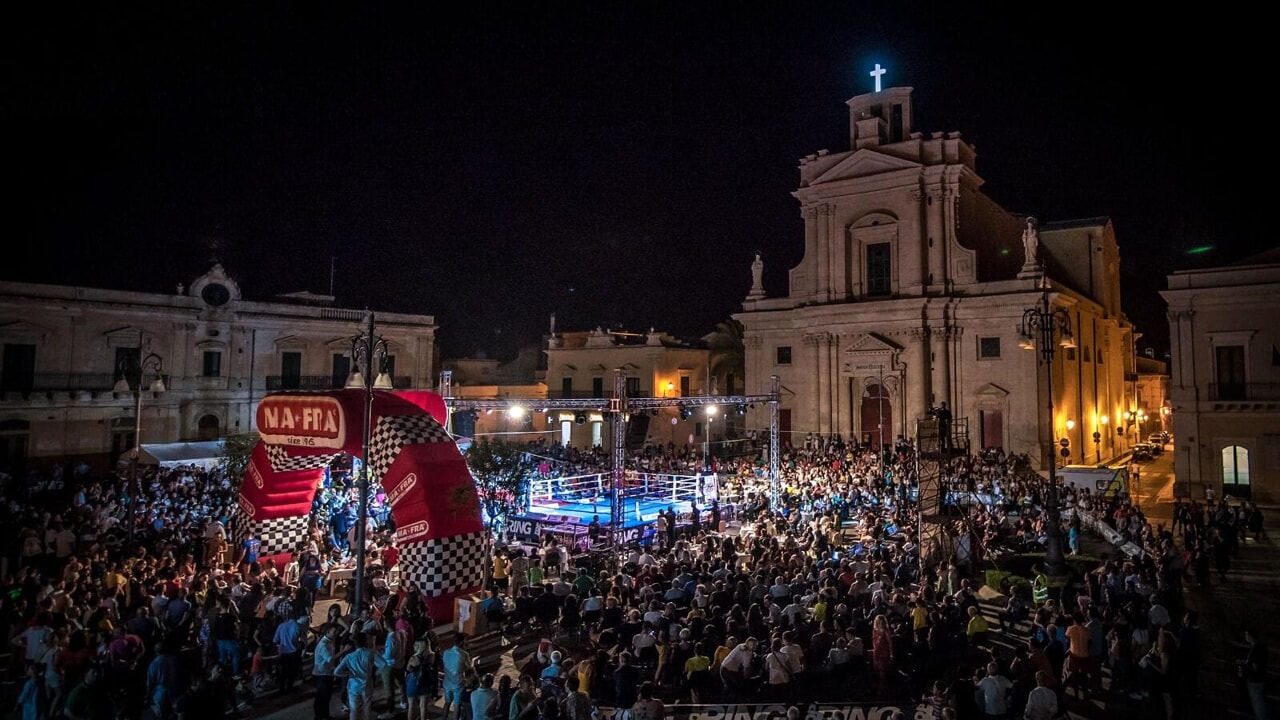 Evolution Fight XIX: Muay Thai Under the Stars in Sicily

On Saturday, Jul. 30, a global Muay Thai and kickboxing card will be hosted in a magnificent baroque square and under a starry sky. A fabulous experience will be happening in Rosolini, Sicily, a town close to Syracuse, the city of Archimedes. Evolution Fight XIX will take place at 2:30 p.m. ET and will be live worldwide on DAZN.

There are eight pro bouts on the card, five under Muay Thai rules and three under K-1 kickboxing rules.

The Italian holds a pro record of 72-12 with 25 knockouts, and was twice a world bronze medalist as an amateur in IFMA and WMF. The Spaniard is 69-19-2, with 28 knockouts, and is the WMF European champion. He is also a bare-knuckle boxer. This will be a tough fight and probably won’t go the distance, because Ruiz likes boxing, and Carrara has the traditional clinch-and-elbow style of Thai fighting.

In the co-main event, rising Italian star Lorenzo Di Vara (28-13-4) will fight for the IMTF Muay Thai full rules European title in the –70 kg division. He will face France’s Dean Bensedira (33-7-1), a three-time national champion in his home country. This fight will probably go the distance. Besedira is strong in the clinch, and, conversely, Di Vara has good kicking skills.

Another important and interesting bout will be the semifinal of the ISKA kickboxing –64 kg world title tournament. To punch a ticket to the world title fight next November in Rome, two Italians will collide, as Roberto Oliva meets Domenico Lomurno. Oliva (45-2) won an Intercontinental ISKA title in Tokyo in 2020 and is also a Lion Fight competitor. Lomurno is the WKU world and European champion.