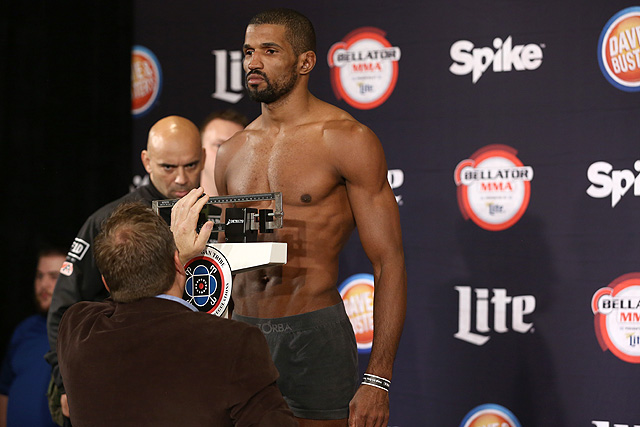 On Friday, May 20, Bellator MMA will host its 155th event from the Centurylink Arena in Boise, Idaho.

In the night’s main event, middleweight titleholder Rafael Carvalho takes on knockout artist Melvin Manhoef. The Brazilian Carvalho has not tasted defeat since his professional debut in 2011. He captured gold in October with a second-round finish of Brandon Halsey. Manhoef, meanwhile, has found mixed results under the Bellator banner. After a violent win over Doug Marshall in his promotional debut, he suffered back-to-back knockout losses, before righting the ship with a knockout of Hisaki Kato in November.

The event kicks off Friday at 7 p.m. ET with a live preliminary card stream, while the five-fight main card follows at 9 p.m ET live on Spike.

Above is live video of the event’s weigh-ins (courtesy of Bellator MMA) which take place at 7 p.m. ET on Thursday, May 19, while the results appear below.