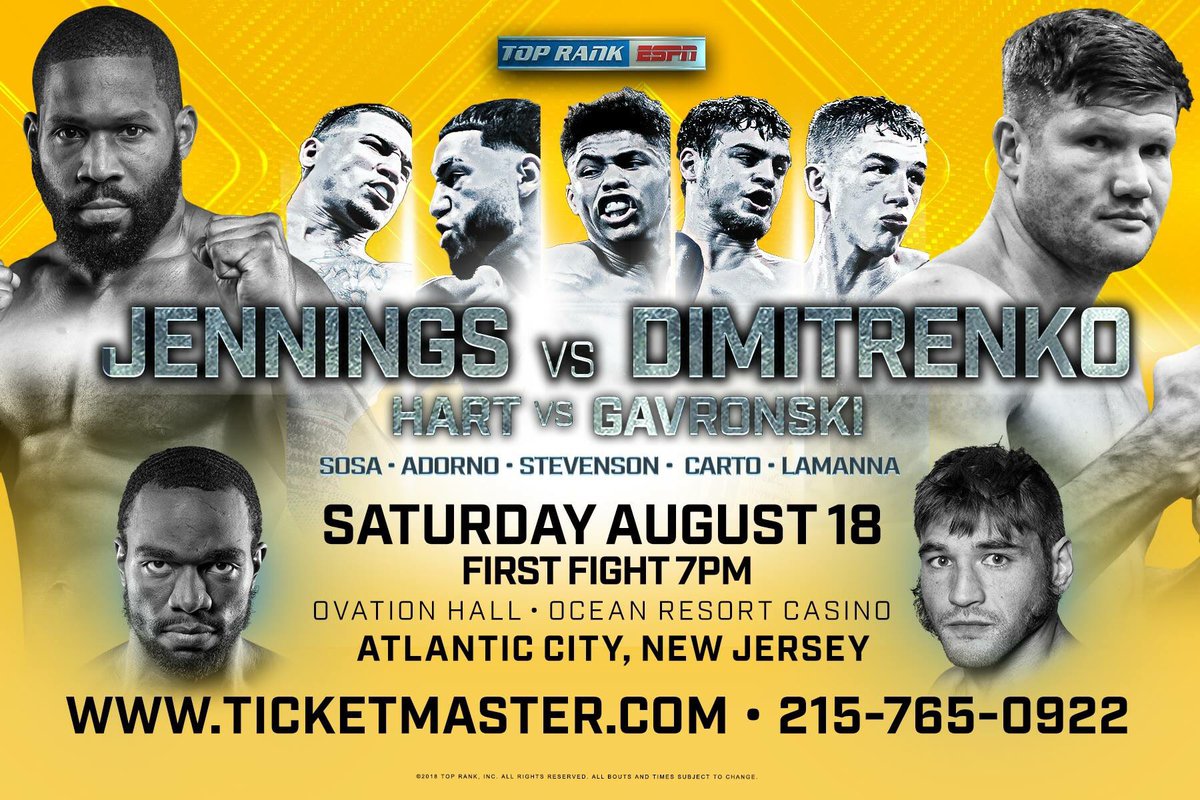 On Saturday, Aug. 18, Top Rank returned to ESPN from the Ocean Resort Casino in Atlantic City, N.J., for Jennings vs. Dimitrenko.

In the night’s main event, Germany’s Alexander Dimitrenko met Philadelphia-native Bryant Jennings for the IBF international and NABO heavyweight titles. Dimitrenko, 36, had won 41 of his 44 professional fights including 26 wins by way of knockout. Jennings rode a four-fight winning streak since losing back-to-back championship bouts against Luis Ortiz and Wladimir Klitschko.