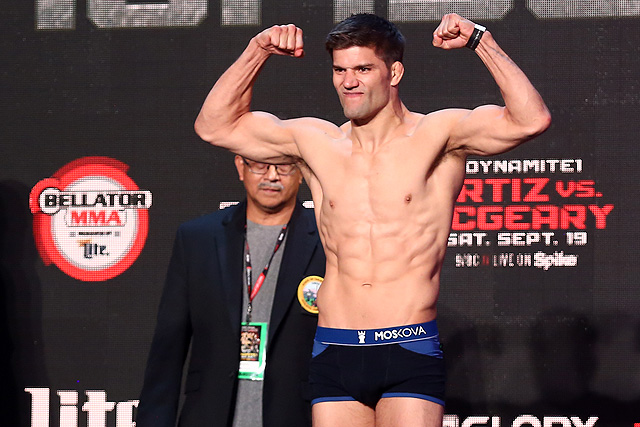 On Thursday, Dec. 3, Bellator MMA will host the weigh-ins for its 147th event which takes place Friday, Dec. 4, from the San Jose State University Event Center in San Jose, Calif.

The main event features UFC veteran and former Strikeforce titleholder Josh Thomson against rising lightweight prospect Pablo Villaseca. Thomson made a successful debut in the Bellator cage at Dynamite in September with a third-round submission finish of Mike Bronzoulis. Chile’s Villaseca fell short on the scorecards in his promotional debut against Bobby Cooper, but the 28-year-old has picked up wins in his other 10 outings.

The event kicks off Friday with a preliminary card stream at 7 p.m. ET. The five-fight main card follows at 9 p.m ET on Spike.

The fighters hit the scales at 8 p.m. ET. Above is a live stream of the action (courtesy of Bellator MMA), while the results appear below.