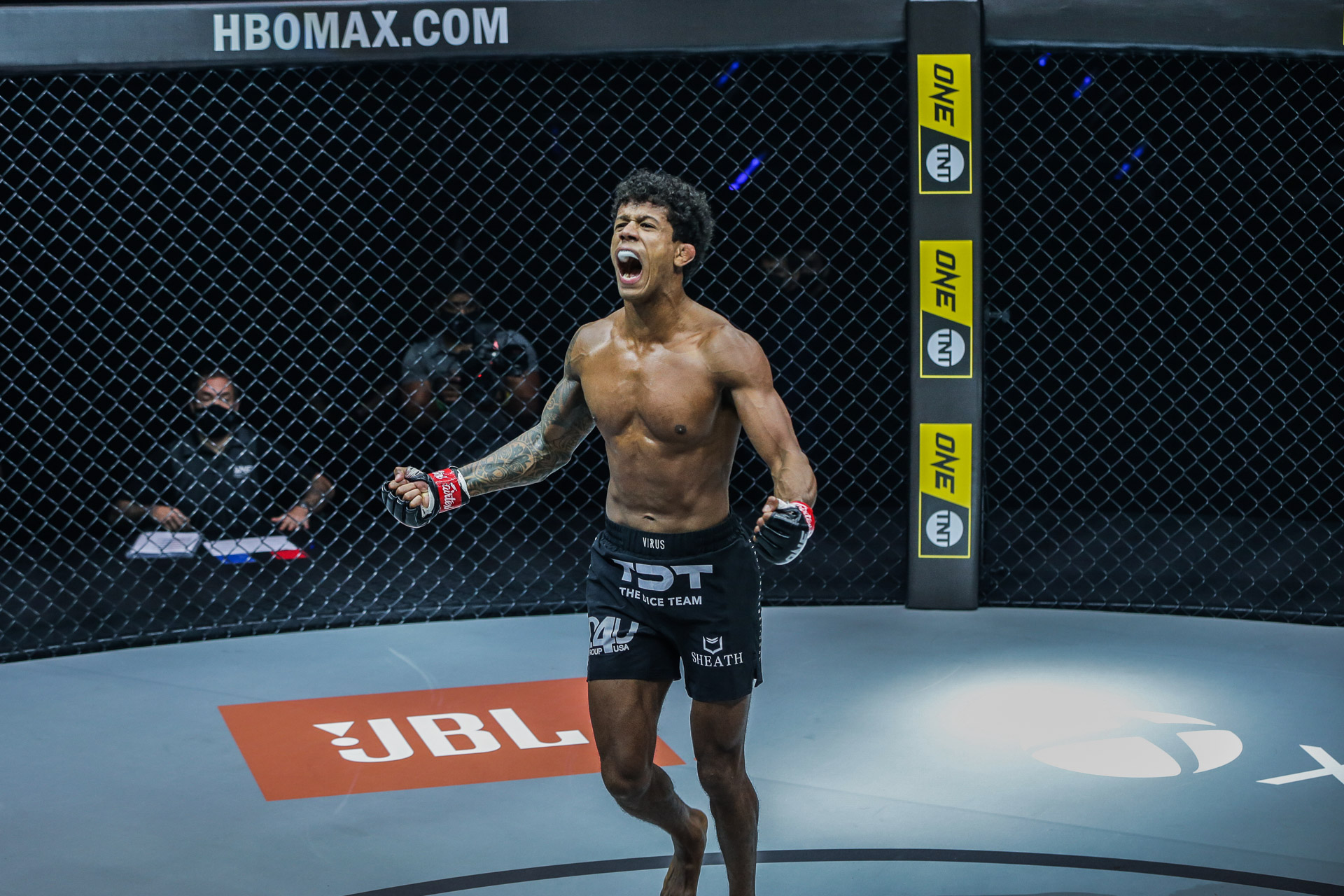 ONE Championship’s first live U.S. event is already building up steam, with the trilogy bout between ONE flyweight champion Demetrious Johnson and Adriano Moraes at the top of the marquee.

The distinction to headline the historic event is not lost on the Brazilian superstar, who trains at American Top Team in Florida.

When describing why the news makes him so happy in an interview with ONE, Moraes channeled the words of his adversary that he will meet on Friday, May 5, at the 1stBank Center in Broomfield, Colo.

“I really like a quote by Demetrious Johnson where he said, ‘The greatest fighters have always fought on both sides of the world.’ I’ve fought in Brazil, I’ve fought in Asia, and now it’s time to fight in the United States,” Moraes said.

“ONE certainly deserves all the best, as they work hard for the growth of the sport. And I’m very excited and happy about it.”

Headlining the event is an honor for “Mikinho,” but that is not the most important ramification of the event for him as far as the future of ONE is concerned. He sees how it will bring new opportunities for martial artists in the future.

And it is a dream come true for Moraes that more talented athletes from around the world will get a chance to step onto such a massive platform.

As for the match itself, the former divisional king plans to lean on his experience in the heated trilogy bout. The Brazilian has come off tough title losses before and returned to reclaim his gold. And after sharing the Circle with the greatest mixed martial artist in history twice, he believes what he learned will help drive home another title victory.

“It was a big loss for my career. I learned a lot from that defeat. Especially because sharing the cage with one of the best fighters in the world is always a great learning experience. I always like to say that we earn a lot and learn a lot,” Moraes said.

“So, my biggest lesson is that no matter how much we get beaten up inside the cage, life will definitely hit harder. So, we always have to be prepared.”

Win or lose on May 5, “Mikinho” is proud to share the Circle with an all-time legend of the sport. The two prior matches have helped him garner a new worldwide fanbase and elevate ONE’s position in the combat sports world, and the third looks to continue to do the same, which is a dream come true for Moraes.

“Making this trilogy means a lot to me. It’s an honor for me to be able to make history in MMA facing an athlete like Demetrious Johnson – an athlete I never imagined I would face, and now I’m going to fight him for the third time,” he said.

“It’s very rewarding to have this opportunity, and I’m very happy to be doing this trilogy against one of the best fighters in the world.”

Priority ticket access for ONE on Prime Video 10: Johnson vs. Moraes III is available to all fans who sign-up here.