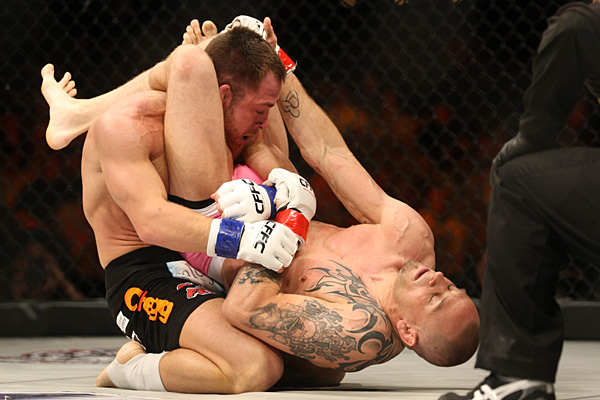 The Cage Fury Fighting Championships promotion has been on a roll lately. The company will add another solid show to its portfolio when it heads to the Parx Casino for its 76th installment. The headlining fight of the evening is a scrap for the vacant flyweight title that features veteran Sean Santella against up-and-comer Andre Barquero Morera.

Santella, 34, was once considered a top bantamweight and flyweight prospect. He has captured flyweight crowns under the Ring of Combat, V3 Fights, PA Cage Fights and Cage Fury banners. He has gone 8-2 over his last 10 fights, but he also failed to complete medicals and therefore missed his chance to compete in the UFC against Wilson Reis. Santella, who trains out of Ricardo Almeida Jiu-Jitsu and Nick Catone MMA & Fitness, wrestled in high school and later took up jiu-jitsu. He has suffered losses to UFC veteran Nick Pace and current UFC fighter Aljamain Sterling, but he has notched wins over Bellator veteran Tuan Pham and Strikeforce vet Anthony Figueroa. His recent run features a decision nod over Naoki Inoue, but it also includes setbacks against Velimurad Alkhasov and Joseph Morales, the latter of whom used his victory over Santella as a springboard to the UFC.

The 23-year-old Morera would likewise prefer to turn Santella into a stepping stone on his way to the big show. The Costa Rican followed a nine-fight unbeaten amateur record with a loss in his 2015 professional debut against a fighter who held a 1-4-1 mark heading into the bout. The Athletic Advance export rebounded nicely to the tune of six straight wins in his current streak. Five of those victories came by stoppage, but only two of his opponents held significant experience in the cage. In his most recent bout, Morera edged Tommy Espinosa by majority decision.

Santella has not taken the easy road in recent years. He’s fought a number of successful veteran opponents, and his only recent losses have come against formerly unbeaten foes. “Shorty Rock” is an ace in the ground game, where he’s worked to secure 14 submission victories. He’s also hard to stop, as evidenced by a resume that includes only one knockout defeat alongside six decision losses.

Morera is likely to face an uphill battle against a savvy veteran here. The Costa Rican victimized Tatsuya Watanabe for a first-round submission finish in the Pancrase organization, but Watanabe’s overall 14-14-2 current mark masks a horrible six-fight skid that includes his loss to Morera. His other notable victories came against Wascar Cruz, who has had a roller-coaster of wins and losses from the start of his career, and the aforementioned Espinosa, who had built his perfect resume to that point on the backs of low-level opponents.

Santella would have been a member of the UFC roster had it not been for the mishap with his medicals. This is very telling of his skill set. He’ll hold a ridiculous advantage over Morera in this contest. Barring a surprise knockout, Santella should coast to an easy submission victory against an overmatched opponent.

The 54th effort from South Korea’s Road Fighting Championship is lacking in world-renowned names, but there are some hidden gems in this mix. Perhaps the most important fight is the middleweight championship battle between champion In Jae La and challenger Hae Jun Yang.

La is an undefeated prospect who grabbed the crown in his last outing against Young Choi. La scored the unanimous decision to polish off a seven-fight climb to the top in Road FC. The 32-year-old has a foundation in wrestling. He has only ended one fight, while going the distance in his remaining eight bouts. The Apgujeong Gym product was able to finish veteran Kiyoshi Kuwabara via strikes earlier in his career, but he’s typically a grinder.

Yang, 31, has flailed at times in his career, but those struggles have included fights against future UFCer Michel Pereira, veteran Doo Hwan Kim, and future Bellator fighter Vaughn Anderson. The Team Posse fighter has been largely inactive since 2013, with only a one-night tournament appearance in 2016, one fight in 2018 and one prior bout so far in 2019. When “Rich” is firing on all cylinders, he is a threat to score a knockout.

Yang does have two submissions on his record, but he’d have to hope for a mistake by La that creates an opening in this affair. Otherwise, Yang will be headhunting. It’s by far his best hope for victory against a wrestler like La.

La’s win over Choi was no small feat. Choi may not be the most consistent fighter on the planet, but he’s a tough veteran who offers a similar knockout threat — with far more big fights under his belt — to what Yang brings to the cage. La was able to neutralize Choi, and he should find even more success in stifling Yang’s offense en route to a decision victory.

Much of our coverage here focuses on prospects, especially those who might have a strong chance at landing in a major promotion. However, we always keep an eye out for veterans who are struggling to find their way back into the UFC. Such is the case for Maciej Jewtuszko. The Polish fighter draws Vaso Bakočević at Fight Exclusive Night 25 in a rematch of their KSW 28 bout. This time, though, the former lightweights will step up to the welterweight level.

Jewtuszko rode a strong showing early in his career to a WEC berth, and his first-round finish of Anthony Njokuani was enough to punch his ticket to the UFC. Unfortunately, Jewtuszko, now 38 years old, couldn’t find his footing in the big show. He was one-and-done after a loss to Curt Warburton. “Irokez” turned next to KSW, where he initially went 3-1 while avenging the one loss in this stretch and also notching a “Knockout of the Night” in his first encounter with Bakočević. The Berserker’s Team member then moved up to welterweight, where he has struggled while recording just one win over three fights, all of which have taken place under the KSW banner. The UFC veteran has only had four fights since the end of 2012, and this will be his first appearance since 2017.

Bakočević has a jaw-dropping 56 fights on his resume, yet he’s only 29 years old. The “Psychopath” debuted in 2010 and streaked out to an 11-1-1 mark before encountering a bit of trouble. He went on a three-fight skid, but his losses came to stalwarts Piotr Hallmann, Ivica Trušček and Zubaira Tukhugov. It signalled the beginning of a tumble that eventually ended with a 5-7 mark for the Montenegro native. This rocky patch included his loss to Jewtuszko. While his current opponent remained mostly inactive after their fight, Bakočević has been extremely busy. He added five more victories to his record before hitting an even rougher stretch in which he went 5-9 and even lost a couple of fights to sub-.500 opponents. Just months before Jewtuszko’s most recent fight, the Car Dušan Silni export kicked off what would turn out to be the most successful run of his career. Bakočević is 11-1 over his last 12 fights, and his lone loss in this span came under the Bellator banner against that promotion’s former welterweight champion, Andrey Koreshkov.

Yes, Bakočević has reeled off a large amount of wins recently. However, there’s a caveat: the quality of opposition he has faced has been horrendous. Outside of his loss to the well-established Koreshkov, Bakočević has taken on a string of fighters that, at best, includes washed-up UFC veteran Hermes França and, at worst, includes a set of six men who have combined for an astonishing 0-35 mark and another two fighters who were rookies when they squared off with the grizzled vet.

Jewtuszko’s resume will benefit from adding a win over a veteran of more than 50 fights, but this isn’t quite the tough fight that FEN is out to promote. Bakočević has been destroyed by strikes on numerous occasions, including in his last meeting with his Polish counterpart. Jewtuszko should repeat history and finish Bakočević once again with a barrage of punches.