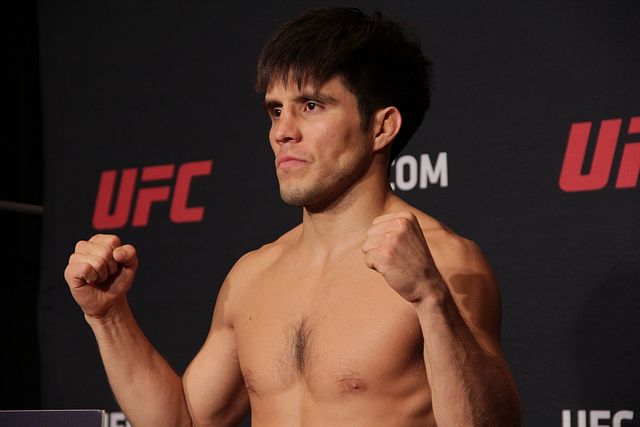 UFC 238 Kicked Off a Great Summer of Fights

Henry Cejudo’s history-making performance in the main event of UFC 238 closed out yet another epic night of fights in the Windy City. It wasn’t the only spectacular performance of the night, of course. Valentina Shevchenko’s “Knockout of the Year” contender highlighted the one-sided co-main event, and a controversial ending to the fight between Tony Ferguson and Donald Cerrone left a bitter taste in everyone’s mouth. There was also yet another star-making performance by Petr Yan, as well as a stunning heavyweight war between Blagoy Ivanov and Tai Tuivasa. Needless to say, the card delivered as expected.

Now, while some fans might be disappointed that such a great card is behind us, there are plenty more great fights and events in front of us this summer.

The UFC will make its debut in South Carolina in less than two weeks’ time with UFC on ESPN+ 12. It’s not a stacked card by any means, but it does feature a couple of exciting fights. The headliner is a guaranteed “Fight of the Night” contender between Renato Moicano and “The Korean Zombie” Chan Sung Jung. Numbers do not lie. The Korean Zombie has received a total of six performance bonuses in just six fights in the UFC. His last fight against Yair Rodriguez in November was a “Fight of the Year” nominee, despite his last-second knockout loss in a contest a lot of people had him winning.

In the co-main event of UFC on ESPN+ 12, John Lineker makes a quick return from his last fight, which took place not even two months ago against Cory Sandhagen and resulted in a split-decision loss for the Brazilian.

Ever since this fight was first scheduled back in 2017 for UFC 215, it has always been an anticipated match-up. Dos Santos failed a drug test, and the fight was scrapped from the pay-per-view. Now, nearly two years later, the two big men are getting ready to fight each other.

Dos Santos has looked phenomenal ever since his return from the suspension he received from the USADA. He has been able to rack up three wins in a row, including one each against last night’s heavyweight fighters Ivanov and Tuivasa, plus a victory over Derrick Lewis earlier this year.

Ngannou has been on a tear since his last loss as well. He was able to seize the victory in his rematch against Curtis Blaydes. Then, on the first-ever ESPN card for the UFC, he knocked out Cain Velasquez in less than a minute.

This match-up is expected to deliver fireworks, and it could also possibly produce a clear-cut contender to fight for the title.

The UFC on ESPN 3 card also features a great flyweight bout between Jussier “Formiga” da Silva and Joseph Benavidez, the top two contenders in the division. These men faced off in 2013, when Benavidez took the victory via first-round TKO.

The return of Demian Maia also takes place on the card, which takes the UFC to the Target Center in Minneapolis.

Then, there’s UFC 239. This is easily the most stacked card of the year so far, and it is not even complete yet. It features possibly the greatest male and female talents to ever grace the Octagon. The UFC’s light heavyweight champion, Jon Jones, puts his belt on the line against the surging Thiago Santos in the headliner. Meanwhile, women’s featherweight and bantamweight champ Amanda Nunes defends the latter of those titles against Holly Holm in the co-main event.

The supporting cast for the July 6 show isn’t shabby, either. After a crazy promotional debut, Ben Askren will make his second appearance inside the Octagon when he goes up against Jorge Masvidal, who is coming off a shocking knockout of Darren Till. There is undoubtedly some animosity between these two fighters, which will only make things more interesting. It would not be a surprise to see a title contender emerge from this bout.

Also at UFC 239, Luke Rockhold will venture to the light heavyweight division against Jan Blachowicz. Given Rockhold’s accomplishments and his physique, which seems to fit for the division, this is definitely a highly anticipated fight.

The Las Vegas-based pay-per-view also includes Diego Sanchez, who squares off against a relative newcomer to the welterweight division in Michael Chiesa. Sanchez’s legendary fight against Clay Guida will never be forgotten, and it was announced at UFC 238 that the contest will be inducted into the fight wing of the UFC Hall of Fame.

Moving on, we have UFC 240, where he third time is hopefully the charm. After two previous bookings fell through, Max Holloway and Frankie Edgar will get one more chance to settle what should have been settled months ago. Holloway’s last fight against Dustin Poirier was one of the best fights of the year so far, and we already know that Holloway has no problem getting people interested in his fights. Edgar, on the other hand, has not fought for more than a year. His last fight, against Cub Swanson, was a decision victory. While many people are worried about Edgar’s ring rust, he still deserved the title shot over Alexander Volkanovski.

Cristiane “Cyborg” Justino also returns when the UFC travels to Edmonton, Alberta, Canada, for the pay-per-view event. In her last appearance, Cyborg lost her title to the aforementioned Nunes. Now, she clashes with Felicia Spencer, who recently made her UFC debut against Megan Anderson and won the fight by submission in the first round.

Even further in the future, there’s UFC 241. This card has only three confirmed fights so far, but all three are ridiculously good.

Stipe Miocic will get his chance to even the score with Daniel Cormier and take his title back. There isn’t much you have to do to promote this fight, besides really look at the resumes of both men.

Nate Diaz is once again scheduled for a fight, this time against Anthony Pettis. These two former lightweights will compete at welterweight. Surely, this fight will earn the tag of the “People’s Main Event” as time goes by. All we can do for now is to hope that both fighters make it to the cage in good health.

Last, but not least, Yoel Romero’s showdown with Paulo Costa is set to take place at UFC 241. After winning his recent case against a supplement company, Romero received $27 million as compensation. This has put his motivation to fight in question. This contest has to happen for not only the fans, but for the division, which will require a new title contender after Robert Whittaker and Israel Adesanya eventually clash.

Yes, UFC 238 was a great night of fights. However, it’s just the beginning. We have plenty to look forward to this summer.