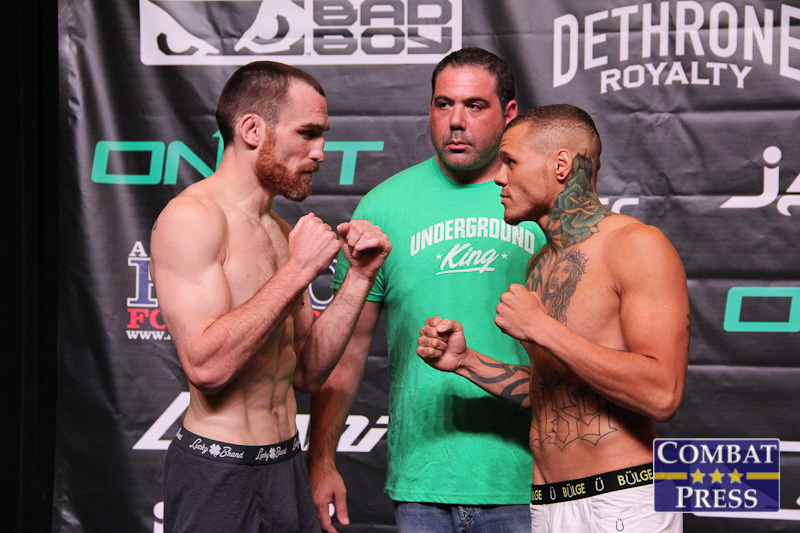 On Friday, July 17, Titan FC hosted the weigh-ins for its 34th event which takes place Saturday, July 18, from the Scottish Rite Temple in Kansas City, Mo.

In the night’s main event, the promotion’s lightweight title is on the line as champion Pat Healy locks horns with last-minute challenger Marcus Edwards. Healy, a UFC and Strikeforce veteran, captured the belt at Titan FC 33 with a decision win over Kurt Kinser. He was originally slated to square off with Mike Ricci, but the Canadian was forced out due to injury. The 26-year-old Edwards steps up having won six of his last seven. Nine of his 10 career wins have come before the final bell.

The event kicks off Saturday at 7 p.m. ET with the entire fight card streaming live on UFC Fight Pass.

Below are photos of the weigh-ins shot by Jeff Vulgamore of Combat Press, as well as the results of the event’s weigh-ins.

* – Johns was stripped of his bantamweight title for missing weight