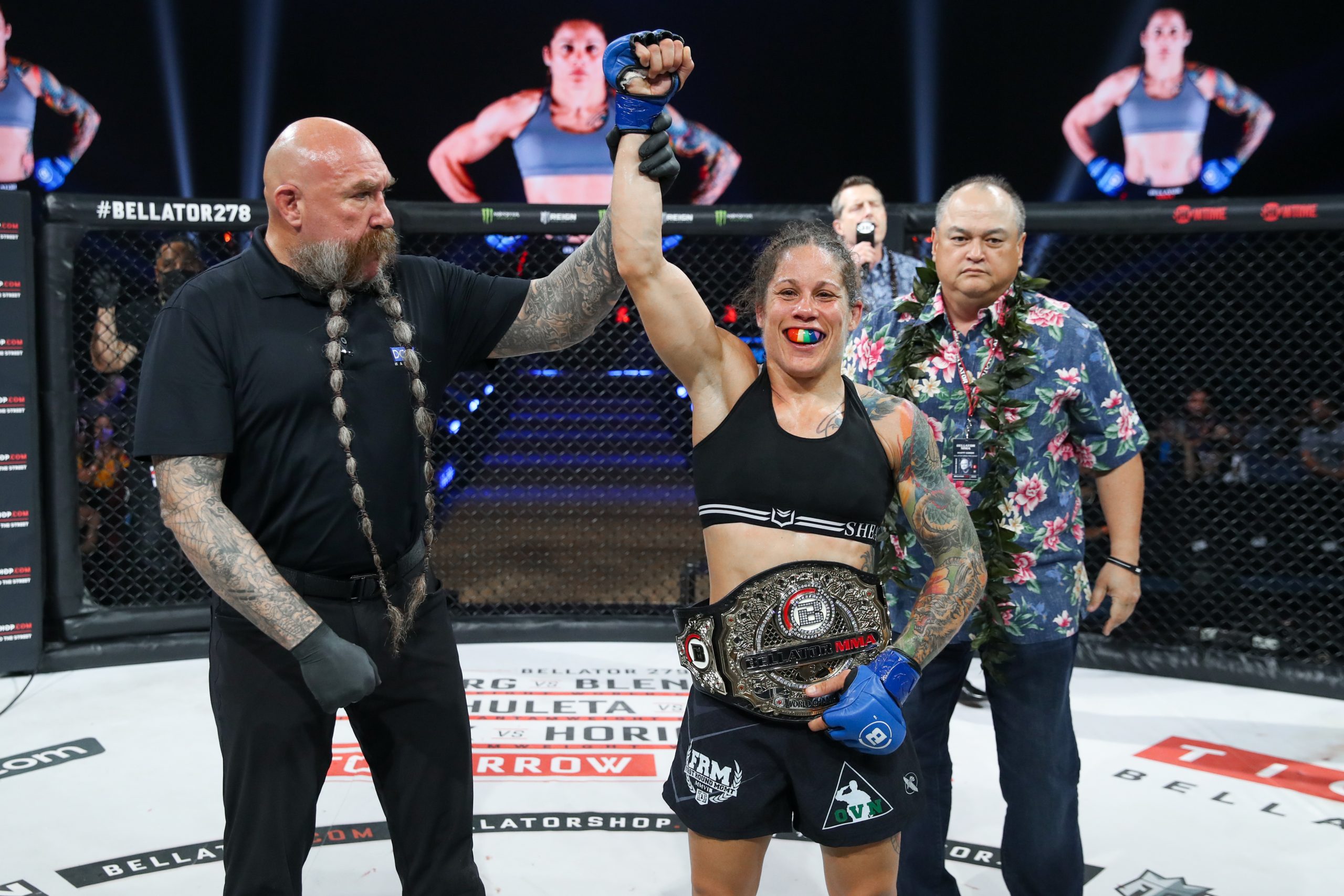 The month of April saw the second-ranked Cris “Cyborg” Justino defend her Bellator championship over the game Arlene Blencowe in a rematch to keep that second ranking. Looking into May, Norma Dumont will look to continue her ascent in the rankings when she takes on Macy Chiasson.

Raquel Pennington and Aspen Ladd were the lone top-10 fighters to compete in April, albeit against one another. Pennington came out victorious to hold her fifth ranking. Looking into May, Holly Holm looks to get back into title contention when she takes on fellow contender Ketlen Vieira.

Dropped out of the rankings: Jessica Andrade (3), Ilima Macfarlane (9)

The month of April was busy for the flyweights. Jessica Andrade drops out of the rankings after her return to the strawweight division, beating Amanda Lemos. Ilima-Lei Macfarlane also dropped out of the rankings after taking a loss to Justine Kish. Liz Carmouche scored Bellator gold in besting Juliana Velasquez. Looking into May, Katlyn Chookagian will take on Amanda Ribas, while Andrea Lee will meet up with Viviane Araujo.

Dropped out of the rankings: Amanda Ribas (9)

Mackenzie Dern made a move in the month of April, as the jiu-jitsu ace defeated Tecia Torres. Jessica Andrade re-entered the strawweight rankings after moving back down from flyweight and besting Amanda Lemos, who drops out of the rankings. In May, top strawweight Rose Namajunas defends her UFC title against Carla Esparza in a highly anticipated rematch.