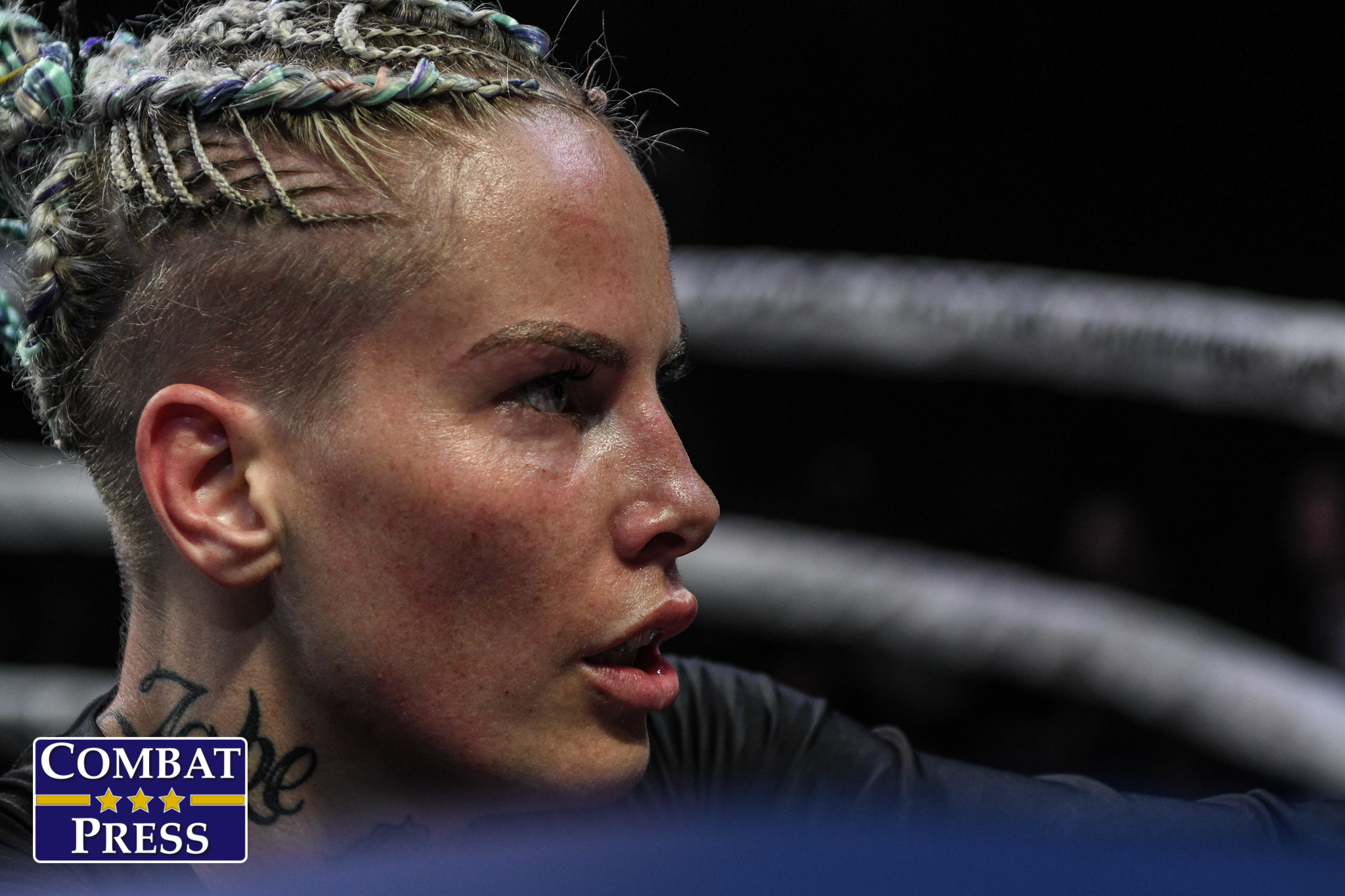 For the first time in awhile, Bellator MMA may have a better offering of fights than the UFC. Much attention has been put on the discrepancy in excitement of the rematch between Rory MacDonald and Douglas Lima versus Ben Askren and Demian Maia, but not much attention has been paid to the fights happening on Friday, namely Bellator 231. With four events happening this weekend and women’s bouts stretched from Southeast Asia to the American Northeast, it’s time again to rank which ones to watch.

On the Bellator 231 prelims, former featherweight title challenger Talita Nogueira will welcome Jessy Miele into the organization. Miele was possibly the best female featherweight not signed to a major promotion and now she’ll have her chance to prove that she is more than a good regional fighter.

Nogueira is a Brazilian Jiu-Jitsu ace and will undoubtedly be Miele’s toughest test to date. Featherweight is easily the weakest division in the sport, but it is gaining traction, especially in Bellator. The UFC created a featherweight title but failed to sign any talent. Invicta does as well as they can, but its champions and prospects get scooped up pretty quickly, usually by Bellator.

It’s good to see Bellator going out of its way to get the talent the UFC will not and good featherweight fights are so few and far between these days that any fight of note is worth your time to seek out. Miele and Nogueira are not the most skilled fighters but much like the heavyweight division, you watch women’s featherweight for big bombs and finishes.

It may be sloppy and with little finesse, but this fight should be marked for recording.

Bec Rawlings will make her return to MMA after a stint in bare knuckle boxing on the Bellator 231 main card against Ilara Joanne.

This flyweight bout may be the hidden gem of this weekend’s offerings. “Rowdy” Bec has been a bit of a darling to some fanatics and Joanne is an action fighter that can compliment Rawlings’s penchant for violent brawls.

Action should be a guarantee in this bout but there are two issues that give slight pause. Rawlings and Joanne have not fought in a year — in Rawlings’s case — over a year and a half in mixed martial arts. Rawlings’s BKFC stint implies that her hands should be as crisp as ever, but it brings up questions about her overall MMA game.

The fact that Rawlings hasn’t won an MMA bout in over three and a half years is cause for concern as well. The Aussie may have been active in the past year, but over a year away from the sport raises many questions about how Rawlings will perform.

If all works out as it should on paper though, this can be the most exciting women’s bout this weekend. Try your best to watch live but a DVR reminder can suffice.

A UFC debut on the deep prelims of a Singapore card happening at the crack of dawn stateside doesn’t sound like much of a reason to be excited, but the debut of a Muay Thai expert like Loma Lookboonmee is. With a few Invicta and Pancrase bouts on her MMA resume and over a dozen Thai boxing bouts to boot, Lookboonmee is an exciting addition to the UFC roster.

Standing across from the Nak Muay Ying will be Aleksandra Albu. The Russian is coming off the heels of her first professional loss to Emily Whitmire earlier this year. Albu has been of a bit of an enigma since she made her Octagon debut back in 2015. Having the look and feel of a contender or future star with her incredible physique and aggressive fighting style, but never fully knowing if she was all hype or even how many pro bouts she had prior to signing with the UFC.

Albu’s narrow decision win over Kailin Curran left many sour on “Stitch.” In many ways, that fight was supposed to separate contender from pretender, but the controversial win and her two-year hiatus prior to that fight left many wondering if she was fully dedicated to the sport.

This contest is the crown jewel for this weekend because this is a tightly contested bout with a lot of X factors. Lookboonmee holds the striking edge. Albu holds the grappling edge, which she’s most likely aimed at improving since her submission loss to Whitmire in February.

Lookboonmee has better coaching at Tiger Muay Thai, but Albu holds a size and strength advantage as this fight is contracted to take place at strawweight; 10 pounds above what the Thai has been accustomed to in the past.

Every advantage that one woman possesses can be easily negated by the other. This can be a knockdown, drag-out-war or it can be a dominant win by either fighter and neither would be all too surprising.

Take a power nap and sip on the energy drinks and do your best to catch this one live.

At the top of the prelim portion of the UFC Singapore card is a bout between perennial contender Randa Markos and Team Quest product Ashley Yoder.

Markos has never been able to get any real momentum going in her UFC run and Yoder has had glimpses of promise but hasn’t shown any special performances like the one she had against Amber Brown in her sole Invicta appearance. “Quiet Storm” had a spectacular win herself against Angela Hill earlier this year, but it was quickly nullified by her decision loss to Claudia Gadelha in July.

The issue with this fight is that it’s a fight between two women with inconsistent records where a win or a loss will not affect either fighter greatly. Yoder has a bit of the upper hand in this scenario seeing as she’s coming off back-to-back wins against Syuri Kondo and Amanda Cooper, but the Cooper win was highly controversial.

The Chaldean Markos may have the advantage on the feet because of her willingness to throw combinations, but “The Spider Monkey” lives up to her moniker in her fight style. Yoder is hyper aggressive and will stop at nothing to get her opponent to the mat.

Both women also have a knack for getting split and at times, contentious decisions so expect this one to be close. Since Albu versus Lookboonmee is a can’t miss for this weekend and anyone that watches it will probably not go to bed right after it, stay tuned for this one but if the eyes cannot stay open, don’t deprive yourself of a good night’s rest.