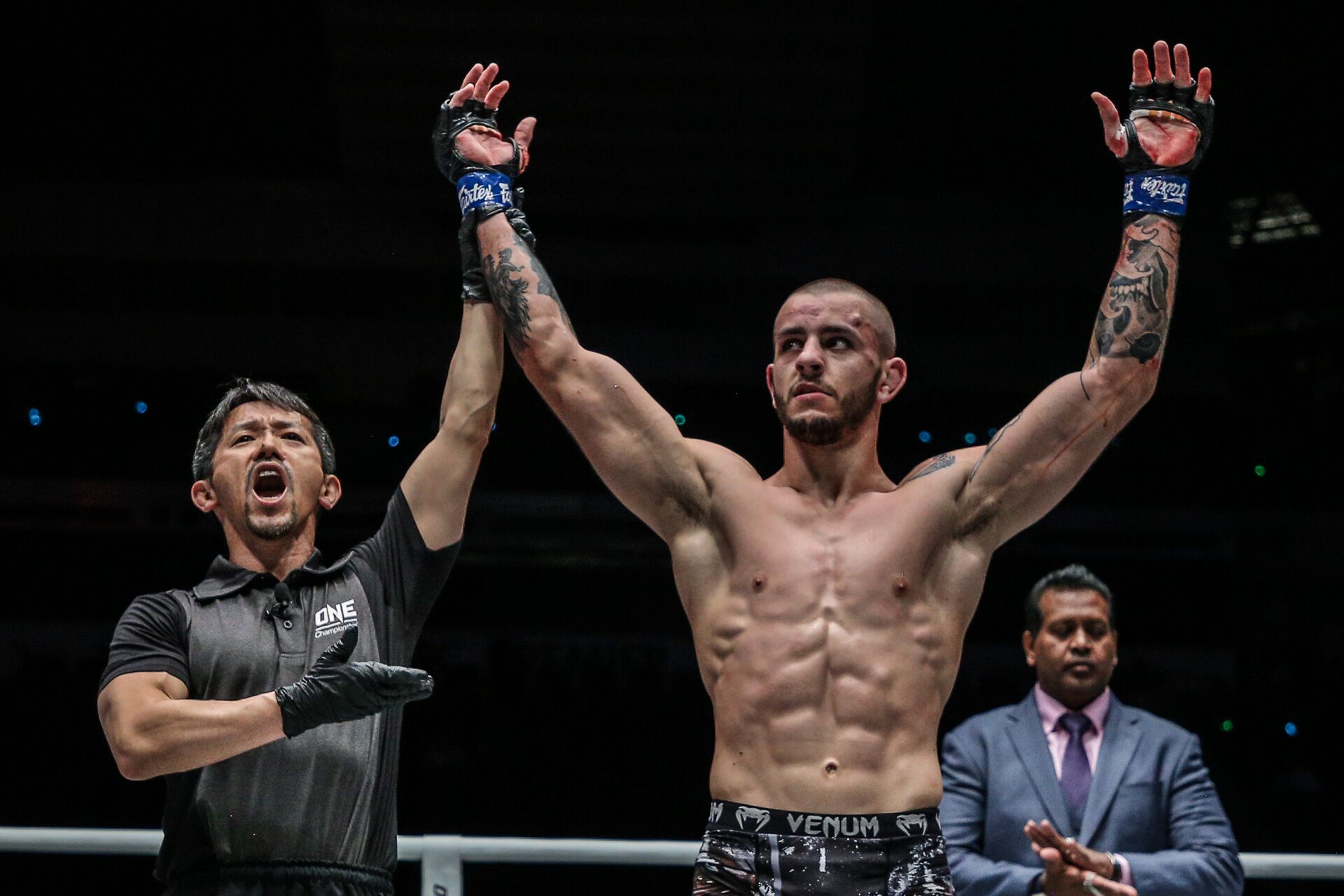 ONE on TNT I’s Iuri Lapicus: Out to End Eddie Alvarez’s Career

Eddie Alvarez wants to become the first man in MMA history to win a belt in all three of the world’s top promotions — the UFC, Bellator and ONE Championship. There’s just one problem: Iuri Lapicus.

Lapicus is Alvarez’s scheduled opponent for Wednesday night at ONE on TNT I. The Team Petrosyan Milan member holds a pro record of 14-1 with 14 finishes. He has tallied four knockouts and 10 submissions. An impressive 13 of those stoppages have come in the first round.

Alvarez has a long history of success. He has already held titles in the UFC and Bellator. He’s also a decorated competitor under the banners of defunct organizations BODOG, Maximum Fighting Championship, and Reality Fighting. Now, he is targeting ONE Championship’s lightweight title, which resides around the waist of Christian Lee.

Alvarez is 1-1 in the Singapore-based organization. He was defeated in his promotional debut by Timofey Nastyukhin via first-round TKO. He then submitted former titleholder Eduard Folayang in August 2019. To gain the title shot and reach his goal, Alvarez now has to defeat the Italian-based Moldavian fighter Lapicus.

The personal story of the 25-year-old Lapicus is similar to many other Moldovans now living in Italy. He was born in Gura Bicului, a countryside village in Moldova, the state with the lowest GDP per capita in Europe. In his homeland, he started in judo at the age of 9 in a gym without mats due to poorness of the community. He moved with his family to Milan when he was 15 years old. Integration was difficult for him. It was a very different kind of society, and he did not even speak Italian. Contact sports served as a way for him to build his self-esteem and self-discipline while also allowing him to let off steam in the proper way.

Lapicus made his professional MMA debut in 2014 and won the fight by submission in the first round. It was the start of a winning streak that eventually reached 12 bouts, all finished in the first round and four of which ended in less than 60 seconds.

The turning point of his career was his encounter with the Petrosyan brothers, the kickboxing multi-time world champions Giorgio and Armen, and their manager Carlo Di Blasi. The Petrosyans developed the striking skills of Lapicus, while Di Blasi got him signed with ONE.

The Moldovan submitted a formidable knockout artist in Wiratchai in the third round. He became the first person to ever submit Gafurov. Unfortunately, he couldn’t get past Lee to capture the gold.

Now, in preparation for Alvarez, Lapicus has been in Poland for training camp. There, he joined Ankos MMA, the home to several UFC and Bellator fighters, including Makhmud Muradov.

“Eddie is one of the biggest names — a legend,” Lapicus said during a media conference call. “I grew up watching his fights, but I’m sure that this time I’m gonna be the man to end his career.”

“I will finish him,” Lapicus added.

The American was not impressed by his rival’s threat.

“I think if you ever threaten me with ending my career, first you have to get a career,” Alvarez responded.

Fans will find out if Lapicus is capable of following through on his words when the two men collide on Wednesday night.