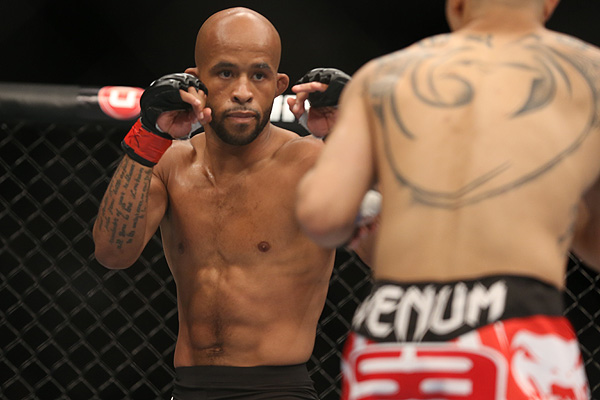 ONE on TNT I Preview and Predictions

Wednesday, April 7, marks the U.S. broadcast television debut for ONE Championship as it hosts ONE on TNT I. The six-fight event will include MMA, Muay Thai, and kickboxing fights, and is headlined by an MMA flyweight title showdown between current champion Adriano Moraes and longtime UFC kingpin Demetrious “Mighty Mouse” Johnson.

“Mikinho” won back his belt in his last fight when he claimed a unanimous decision over Geje Eustaquio. Moraes had dropped a split verdict in the pair’s previous contest. Mighty Mouse earned a crack at the belt by winning the ONE flyweight grand prix in 2019.

In the co-main event, former UFC lightweight titleholder Eddie Alvarez takes on Iuri Lapicus. The Philadelphian stumbled out of the gates in his new promotional venue with a knockout loss to Timofey Nastyukhin. Alvarez has since rebounded with a submission victory. Meanwhile, Lapicus has compiled a 14-1 record while losing for the first time in his most recent outing against ONE champ Christian Lee. The Moldovan native now lives and trains in Milan, Italy.

The main card is rounded out by a catchweight Muay Thai bout between Rodtang Jitmuangnon and Danial Williams. “The Iron Man” was originally slated to face off against Jacob Smith, but Williams has stepped in as a last-minute replacement for a non-title affair.

ONE on TNT I airs on Wednesday. The prelims can be seen on B/R Live at 8:30 p.m. ET. The main card follows on TNT at 10 p.m. ET. Combat Press writers Andrew Sumian and Matt Petela preview the action in this special edition of Toe-to-Toe.

Former UFC great Demetrious “Mighty Mouse” Johnson made it through the flyweight grand prix. Now, he gets his reward: a title shot against Adriano Moraes. Will Mighty Mouse rise to the throne with a dominant victory?

Sumian: Since joining the promotion in March 2019 after an illustrious UFC career, Mighty Mouse has swiftly established himself as one of the most talented athletes on the ONE roster by rattling off three wins. The former dominant UFC champ has fairly convincingly taken over the Singapore-based promotion by storm. He soundly defeated Yuya Wakamatsu, Tatsumitsu Wada and Danny Kingad en route to this showdown with Moraes. Refreshed and rejuvenated, Johnson will have the opportunity to establish himself as the face of the company.

With an 18-3 record, Moraes has been near perfect throughout his career. The Brazilian has only lost via split decision. He returns to the cage after recapturing his title from Geje Eustaquio in a rematch in early 2019. Hungry to return after a lengthy layoff, the champ has a chance to launch his career into superstardom if he is able to defeat the most recognizable and dominant flyweight in the sport’s history.

One of the key factors in this bout is the fact that both competitors have not competed in quite some time due to the COVID-19 pandemic and ONE’s more gradual return to action when compared to the UFC and Bellator. Johnson’s last fight took place in October 2019, while Moraes has been absent from competition since January 2019.

Both men will likely begin the bout by feeling each other out. They’ll utilize forward movement and patience due to the high-stakes nature of this clash. Despite Moraes being a good striker in his own right, the advantage here goes to Mighty Mouse. Johnson will dance around Moraes and fire off crisp jabs and leg kicks in an effort to minimize his opponent’s takedown attempts as the fight progresses. Moraes will try to close the distance and grab hold of the slippery Johnson to get the fight to the ground.

Johnson might not hold the grappling pedigree of Moraes, but he is still undoubtedly one of the most talented MMA grapplers in the game today. Mighty Mouse will be more than capable of stuffing the Brazilian’s takedowns and battle for position if the fight hits the mat.

After a back-and-forth affair that will be incredibly high paced and entertaining, Johnson will score his fourth straight victory under the ONE banner to be crowned the new flyweight champion. Prepare for another dominant reign from one of the best to ever do it.

Petela: This is one of the most compelling MMA fights so far in 2021. People stateside may not be familiar with Moraes, but the 31-year-old Brazilian has put together a strong resume while facing stiff competition for several years now. He made his ONE debut in 2013 and has gone on to become a three-time flyweight champion with the promotion.

Moraes is a well-rounded fighter who has finished 12 of his 18 wins, with three knockouts and nine submissions. He also proved that he has the cardio to go a hard five rounds. He has gone the distance six times in 25-minute fights. He is a well-deserving champion and will be no cakewalk for Mighty Mouse.

Johnson has not looked like he is slowing down as a fighter since joining ONE. He made his way through the grand prix nicely before the pandemic forced him out of action. Expect him to look as sharp as ever in his return to American television.

This will be a close fight and likely go the distance, with Johnson emerging victorious as the new champion. As well-rounded and dangerous as Moraes is, he faces a fighter here who will show to be slightly better in every facet of the game.

These two men will show off incredible precision and technique while standing as well as while engaging in high-level grappling battles that show off some of the slickest scrambles the sport has to offer. It will be Johnson who gets the better of those scrambles and finds himself able to stay out of harm’s way while doing significant damage.

Eddie Alvarez has managed a somewhat disappointing 1-1 mark thus far in the ONE cage. How will he fare when he clashes with Iuri Lapicus?

Petela: This fight will go a long way in determining how much the veteran has left in the tank after a long, storied career. Alvarez last fought in August 2019, when he picked up a first-round submission over longtime Filipino star Eduard Folayang. Since then, he has been forced out of a bout due to injury and faced the forced layoff brought on by the pandemic. It will be a tough task for the Philadelphian to come back at a hundred percent.

Alvarez has his hands full with Lapicus, too. The Moldovan standout was recently bounced from the ranks of the unbeaten, but he still sports a 14-1 mark and finished all 14 of those wins. Alvarez will be, by far, the highest-profile opponent Lapicus has faced, and a win would be a huge introduction for him to the American viewing public.

Ultimately, this will mark the beginning of the end for Alvarez. He is among the most underrated fighters in the sport’s history, but he’s at a point in his career where he has had too many wars. Lapicus will pick up the biggest win of his career, while Alvarez is left to face the question of whether or not to hang up the gloves once and for all.

Sumian: Unfortunately for Alvarez, I wholeheartedly agree with my colleague. A long layoff, coupled by a lengthy recovery, will prove too much for Alvarez to handle. In addition, Lapicus is as hungry as they come and will put on a marquee performance. Lapicus takes a unanimous decision over Alvarez and continues his climb as a top prospect in the division.

This lineup includes two non-MMA bouts. What can fans expect out of the main-card Muay Thai contest and the lead-card kickboxing affair?

Call it what you want, but these two fights are total mismatches. The Muay Thai bout is a non-title showdown between current flyweight champ Rodtang Jitmuangnon and Danial Williams, who is filling in as a replacement for Jacob Smith. Rodtang and Smith were originally paired to face off in a championship clash, but Smith pulled out. This has given Williams an opportunity to shock the world by taking on one of the most dangerous fighters on the ONE roster. Unfortunately, this will be similar to feeding a goat to a lion. Rodtang will deliver a dominant victory, whether by decision or knockout.

The kickboxing bout is a heavyweight showdown between Rade Opacic and Patrick Schmid. I strongly suggest spending a few minutes watching some of the devastating finishes that Opacic has delivered throughout his career. The Serbian star has delivered numerous knockouts via head kick, knees, and his famous spinning heel kick, which even decimated Errol Zimmerman. Despite competing at heavyweight, Opacic’s movement and kicking ability resemble that of a welterweight. He has devastating power in his left hook and straight right. Opacic’s Swiss foe will do his best to last as long as he can, but Opacic will put him away via knockout.

Petela: Agreed. These fights are major showcase opportunities for Rodtang and Opacic. The mismatches aren’t quite on the level of Ilima-Lei Macfarlane against Katie Castro or Gabi Garcia taking on Yumiko Hotta, but they are closer in nature to those bouts than they are to competitive contests.

ONE is fully utilizing its debut on American television to develop stars and enhance the profiles of their already popular athletes. You can’t blame them for seizing this opportunity.