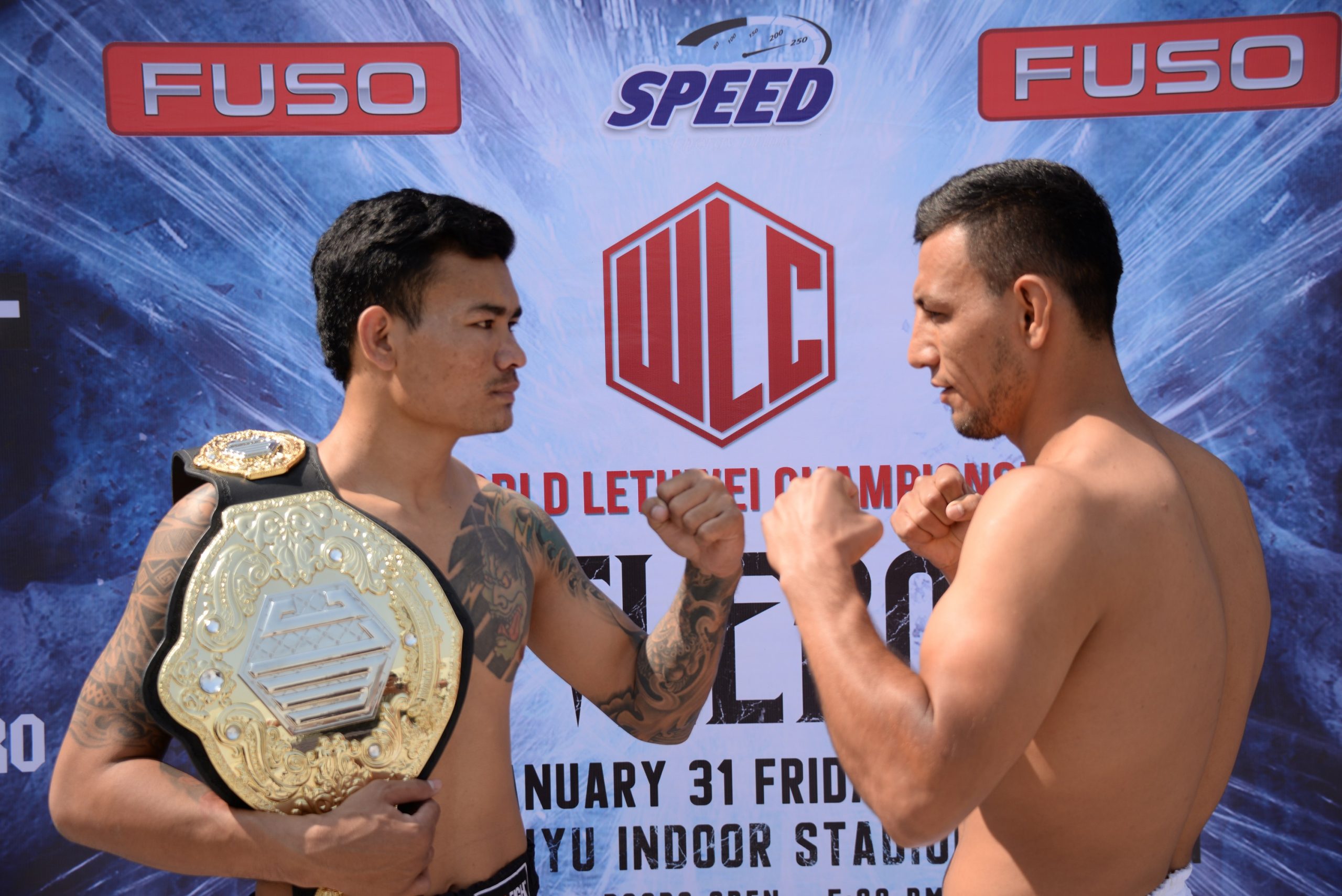 Too Too (L) vs. Naimjon Tuhtaboyev (World Lethwei Championship)
Interviews

Bare-knuckle boxing has started to gain a lot of traction in recent years. One of the oldest forms of combat sports, it’s in the roots of humanity to duke it out with no gloves on. In Southeast Asia, there is a lesser-known variation on bare-knuckle boxing called lethwei, which dates back thousands of years. The modern version first appeared nearly 60 years ago, and, today, the World Lethwei Championship organization, which is only a few years old, looks to turn the sport into a global phenomenon.

“Lethwei is a historic martial art that dates back a millennium in Myanmar,” WLC CEO Gerald Ng told Combat Press. “It is popularly referred to as ‘The Art of Nine Limbs,’ because of the techniques available. You can utilize punches, knees, elbows and kicks from both hands, as well as the use of the head-butt.

“Lethwei produces the most exciting form of combat sports, but, historically, it has not been readily available to audiences outside of Myanmar, outside of grainy footage on YouTube.”

The WLC was created in 2015 and held its first event in March 2017. WLC 1 was headlined by Tun Tun Min, who first appeared professionally in Muay Thai and lethwei in 2013. In the inaugural event, he scored a first-round knockout over Britain’s Nicholas Carter. It was a great way to kick off the new promotion.

“World Lethwei Championship was created to showcase lethwei to the world,” Ng said. “It was launched by a consortium of prominent Burmese businessmen with some of the biggest investors in the sport-technology space.

“We retain the core values of lethwei that make it such an incredible sport, but package it in a modern, entertainment-driven experience to provide the audience, wherever you are watching, with an evening to remember.”

Past lethwei events have largely been held in Myanmar, with some exposure in other Asian countries. However, with the recent rise of bare-knuckle boxing in the United States and Europe, the WLC wants to capitalize on the opportunity and bring the sport to the masses.

“Through the increased awareness of lethwei, we want to showcase how culture and sport can come together seamlessly. I see our shows as sports cultural experiences, and we incorporate elements of culture into the show, with traditional music and musical instruments, traditional blessing ceremonies, historical and cultural attractions within the host city, and more that will entice viewers to want to come to the city [and] experience all of that, as well as watch lethwei live in person. Right now, as our past events have been in Myanmar, we have showcased various cities in Myanmar, but we will incorporate the traditions and culture of each city we go to even when we are outside of Myanmar.”

The league has held 10 events thus far, and the 11th show is set to take place on Friday in Myanmar. The event is headlined by a middleweight title fight between champion Too Too and Uzbekistan’s Naimjon Tuhtaboyev. WLC: Battlebones will be available to stream live at 7 a.m. ET.

“2020 will be our biggest year so far,” said Ng. “We have a strong global broadcast footprint in over 60 countries through our valued broadcast partners, like Canal+ and UFC Fight Pass. 2020 will be the first year that we will expand our live events beyond Myanmar. We have six [events] scheduled this year, with three shows in Myanmar and one each in Cambodia, the United States, and Japan. It will be a historic moment for world-class lethwei to be made available overseas.”

Ng has a great deal of passion and hopes for the sport as it continues to grow. On Friday morning, U.S fight fans will be able to tune into UFC Fight Pass to see what the hype is all about. The eight-bout card is sure to deliver some fantastic action.

“I have been in sports for more than a decade, working with some of the biggest names in the sports industry,” Ng said. “I truly believe in my heart that lethwei is the sport of the future and cementing itself as a transcendent sport.”