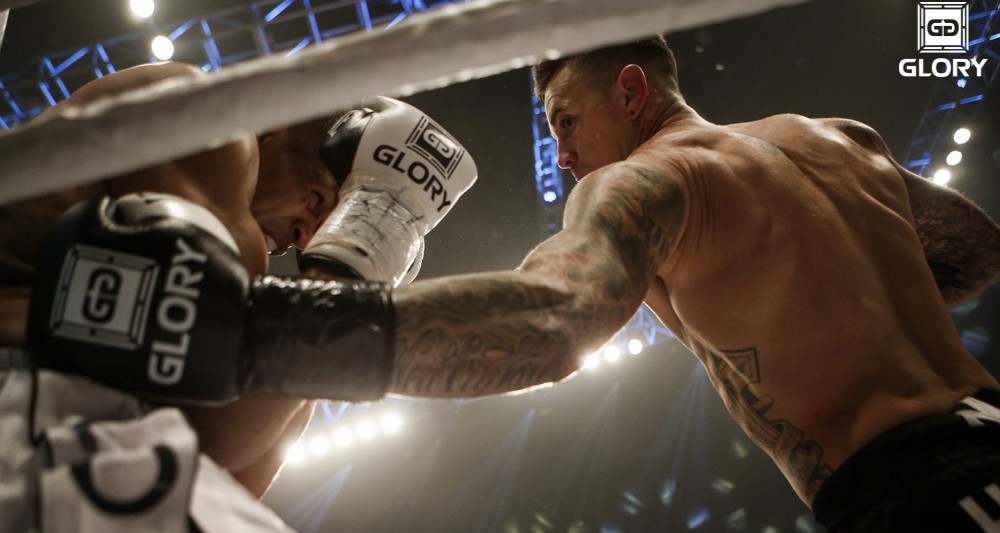 On Friday, Aug. 7, GLORY headed to Las Vegas for its 23rd event, which took place from the Hard Rock Hotel and Casino.

In the night’s main event, the promotion’s vacant welterweight title was on the line when Dutchman Nieky Holzken rematched American Raymond Daniels. The pair met in February in the finals of the GLORY 19 contender tournament. That night, Holzken crushed Daniels with his patented right hook in the third round. Now, with former champion Joseph Valtellini vacating the title, Holzken looked to repeat his performance from earlier in the year. Daniels, meanwhile, bounced back in May with a 51-second knockout of Justin Baesman at GLORY 21.

Also on the main card, was a four-man, All-American middleweight tournament that rewarded the winner with a future contender tournament slot. In one half of the bracket, GLORY veteran Casey Greene welcomed Quinton O’Brien to the promotion. Former Road to Glory winner Dustin Jacoby clashed with Ariel Sepulveda in the other half of the ladder.

The night’s main card aired on Spike TV on Friday at 11 p.m. ET.

In the main event, Nieky Holzken reclaimed his spot as the Glory welterweight champion. The Dutchman delivered a violent knee to the head of Daniels that opened up a gruesome cut to his left eyelid. The cut forced referee John McCarthy to halt the bout in round three.

Holkzen didn’t come out as aggressive as some may have anticipated. In a post-fight interview with Combat Press, he explained that was part of his strategy. A veteran of over 100 kickboxing matches, Holzken wanted to pace himself for a potential five-round bout with Daniels. But when he found his opening, Holzken capitalized.

“After the body shot, I saw the opening for a knee,” Holzken said. “I jumped it and I cut him very badly. And he was yelling at me while I was punching ‘Nieky, stop. I can’t see. I cannot see.’ And then I stopped hitting Daniels because it’s not fair if I go on and hit him and he can’t see anything.”

The middleweight tournament semifinals started with a bang when Dustin Jacoby battled Ariel Sepulveda and dished out a brutal knockout finish. After peppering Sepulveda with his jab, a right hook spelled the end for Sepulveda. With only one second left in the opening round, Jacoby took home the finish and advanced to the middleweight final.

In the other middleweight semifinal, Casey Greene earned a unanimous decision over Quinton O’Brien to advance to the middleweight final.

Both the extra time Jacoby had to recover and the fact that he took less damage in his first outing of the night helped him to put on the performance he did in the final. Jacoby again secured a stoppage to take the win over Greene in the final. This time his relentless attack and pursuit of Greene overwhelmed his opponent in the second frame to capture the tournament.

In a post-fight statement to Combat Press, the 27-year-old explained that his tumultuous road with the organization provided him with the experience he needed to get past his opponents at GLORY 23 and helped to make him someone to be reckoned with in the division.

“My career has been unique,” said Jacoby. “I’ve fought every professional kickboxing fight with GLORY. I started off real high winning the ‘Road to GLORY’, then I went and I got thrown to the wolves right away. I just thank GLORY for that because obviously it showed tonight that the competition I was facing prepared me for tonight. And a good buddy of mine always says, ‘Throw me to the wolves and I’ll come back leading the pack.’ And that’s how I felt tonight.”

Also on the main card, heavyweight Xavier Vigney kept his unbeaten record in the GLORY ring intact with a split decision win over England’s Daniel Sam.