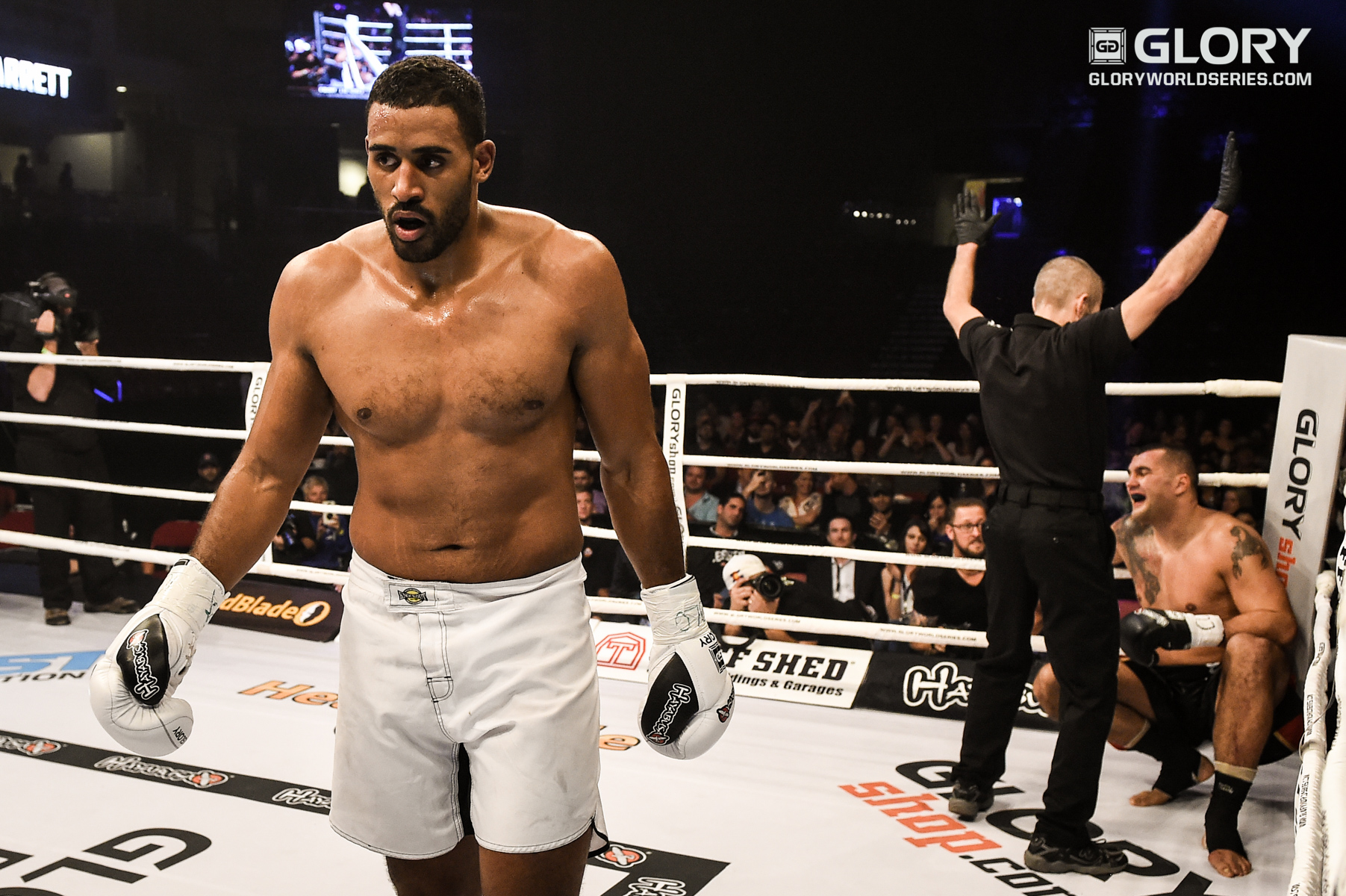 The road to the top is difficult in any sport. One setback can result in years before another opportunity arises.

On Friday, Oct. 9, Romania’s Benjamin Adegbuyi took advantage of his chance to fast-track his way back to the pinnacle of the heavyweight division.

The 30-year-old, who fell short against GLORY champion Rico Verhoeven at GLORY 22 in June, captured the GLORY 24 one-night, four-man contender tournament in Denver to earn another shot at Verhoeven at GLORY 26 in December. But despite coming in as the tournament favorite, Adegbuyi was sternly tested by opponents Mladen Brestovac and Jahfarr Wilnis.

“It was a great night and I’m happy that I won,” said Adegbuyi. “The first fight was not very hard, but it was a good fight. Mladen is a tough opponent.

“My second fight was very hard. In the last two rounds, you can see it. I just wanted to win, so I didn’t stop kicking and punching. Judges gave it to me. I give a lot of credit to Jahfarr. He’s a tough fighter.

“I’m happy to get a chance to fight Rico again. I’ll have two months to prepare. I’ll take a week off to relax, then I’ll get back to training.”

The elevation in Denver certainly was a factor in the tournament final. Both Adegbuyi and Wilnis battled fatigue. Yet, the two big men maintained a high work rate throughout the closely contested split decision.

“Fighting in Denver is very hard,” Adegbuyi quipped with a laugh. “The last time I fought in Denver, I had a proper training camp in the mountains of Romania. This time I couldn’t because I was helping Tyson Fury in his preparation for the [Wladimir] Klitschko fight.

“This time I worked with the elevation mask, but it’s not like being in the mountains. Six rounds and I was the second fight of the tournament, so I didn’t have as much time to recover between fights. It was very hard.”

Having persevered in Denver, Adegbuyi will again turn his attention to the Dutchman Verhoeven. They’ll meet on Dec. 4 in Amsterdam. Adegbuyi is certain that this fight will be different than their prior meeting.

“The first thing is that I’ve already fought five rounds with him. So I already know what it’s all about,” he proclaimed.

“I know Rico now. He is a tough fighter also, but nothing that I don’t know. I know everything he throws. Maybe I’ll be able to have a better strategy to counter everything.

“I’m looking forward to Amsterdam. A lot of people say kickboxing started there. It’s a new era of kickboxing. It’s a pleasure for me to be there and to try to get the belt again.”