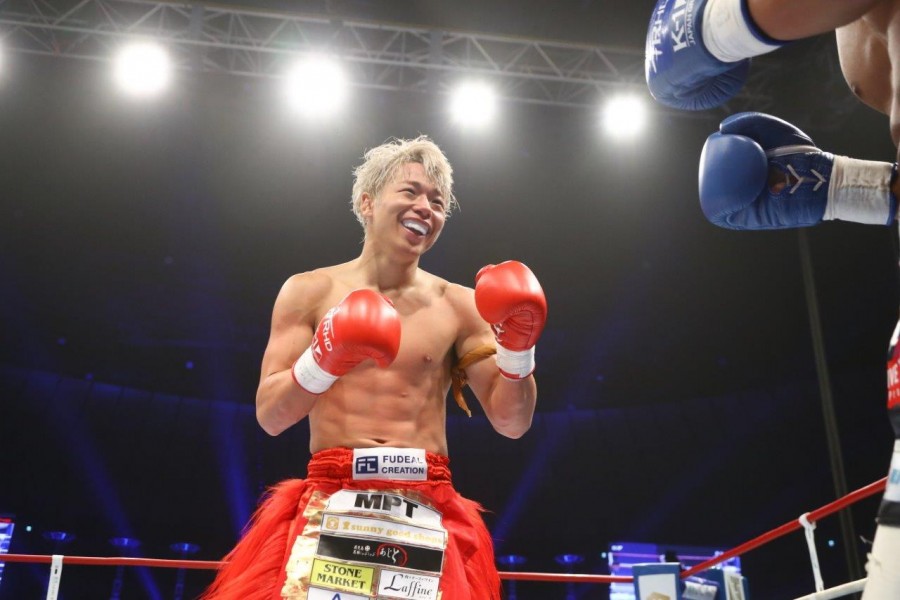 Dropped from the rankings: Murat Aygun (8)

Roman Kryklia upped his winning streak to nine fights following his championship victory over Tarik Khbabez at ONE Championship: Age of Dragons. Multiple-time GLORY title challenger Benjamin Adegbuyi made a successful return with a unanimous decision over D’Angelo Marshall at GLORY 71. Guto Inocente moves up two spots in the rankings following a decision nod over Haime Morais at WGP Kickboxing 59 in Brazil. K-1 heavyweight champ Roel Mannaart knocked out Chris Bradford at K-1 World GP 2019 in Yokohama to move up two spots in the rankings. Former top-five heavyweight Ismael Londt returns to the rankings with back-to-back first-round stoppages of Enver Sljivar and James McSweeney at Mix Fight Championship 27 in a four-man, one-night tournament. McSweeney stopped Murat Aygun in the second round during the semifinals of the tournament. Aygun falls from the top 10 with the loss.

Tarik Khbabez fought and lost to Roman Kryklia in a heavyweight title match under the ONE Championship banner. Due to his loss and continued competition at heavyweight, Khbabez drops from the light-heavyweight rankings. Formerly third-ranked Igor Bugaenko has competed multiple times at 85 kilograms and therefore also departs the light-heavyweight poll. Danyo Ilunga rejoins the top 10 following back-to-back wins.

Dropped from the rankings: Ertuğrul Bayrak (10)

Hicham El Gaoui stopped Boubaker El Boukari via nose injury at Enfusion 90: Antwerp, which helps him maintain his position in the rankings. With the addition of Igor Bugaenko, Ertuğrul Bayrak, our former No. 10, drops from the rankings.

Dropped from the rankings: Yodsanklai Fairtex (9)

Top-ranked Marat Grigorian defended his GLORY world title for the second time at GLORY 73 against formerly undefeated contender Elvis Gashi. His fifth-round stoppage will contend for “Knockout of the Year” honors in a calendar year that features plenty of candidates. Sitthichai Sitsongpeenong returned to the ring for the first time since his loss to the aforementioned Grigorian in their fifth contest. Sitthichai won a decision against Bobur Tagaev at Macau Fight 2019. Fourth-ranked Superbon Banchamek claimed a five-round decision nod over Wilson Varela at Nuit Des Champions 26 to win the IPCC and NDC 70-kilogram titles. Superbon was originally scheduled to face former K-1 champ Chingiz Allazov, who instead drops one spot in the rankings due to Tayfun Ozcan’s rise. Ozcan, the Enfusion 72.5-kilogram titleholder, dropped back down to 70 kilograms to steal the title away from the last man to defeat him, Jonay Risco. Ozcan earned his revenge following a solid performance. It was his 12th straight victory, and it gives him his fourth win over a current or former top-10 opponent. Kickboxing legend Yodsanklai Fairtex fell short in back-to-back fights for the first time since 2011 when unheralded Russian lightweight Jamal Yusupov scored the second-round knockout upset at ONE Championship: Age of Dragons.

Two of the very best in the division were in action in November. However, there are no changes to the rankings. GLORY featherweight world champion Petchpanomrung Kiatmookao fought to a majority draw with Kevin Vannostrand in an underwhelming title tilt at GLORY 72. Krush 70-kilogram titleholder Jordann Pikeur extended his six-fight winning streak against two-time K-1 Koshien champ Kaisei Kondo with a second-round knockout at K-1 World GP 2019 in Yokohama.

K-1 lightweight champion Kenta Hayashi knocked out Daiki Kaneko to earn his ninth victory in his last 10 fights. ONE flyweight kingpin Ilias Ennahachi scored a decision victory over sixth-ranked Wang Wenfeng in their rubber match at ONE Championship: Age of Dragons. Ennahachi moves up three spots in the rankings following his second victory over the top Chinese kickboxer. Despite not competing under kickboxing rules, Saeksan Or. Kwanmuang has been active, just in the Muay Thai realm. Following four straight losses, he is slipping in the rankings.

Top pound-for-pound kickboxer Takeru highlighted an average month of action in the flyweight division. The three-division K-1 world champion returned for the first time in eight months to claim a majority decision over former super featherweight titleholder Yuta Murakoshi at K-1 World GP 2019 in Yokohama. His 33rd straight victory keeps his place firmly cemented atop the division. Despite moving up in weight, Yuta Murakoshi will remain ranked at strawweight until he fights again at 60 kilograms. Fifth-ranked Kouzi was nearly stopped in the first round when he took on former MMA prospect Seiya Kawahara, but the former title challenger pulled off one of the best comebacks of the year. Zhao Chongyang keeps his place in the rankings with a first-round knockout victory over Chaophraya Petch Por.Tor.Aor.

Dropped from the rankings: Gunji Taito (10)

Yuki Egawa won the K-1 super featherweight grand prix title and divisional championship following three consecutive first-round knockouts in one night at K-1 World GP 2019 in Yokohama. Egawa produced one of the best single-night tournament performances in the past few years, which helps to move him up three spots in the rankings to sit just behind Yoshiki Takei, who had another stellar performance at 55 kilograms. Egawa defeated Spain’s Jorge Varela, France’s Arthur Meyer, and Thailand’s Jawsuayai Ayothaya Fight Gym. During the semifinals, Meyer defeated Haruma Saikyo, who drops four spots in the rankings. Jawsuayai knocked out Riku Anpo in the first round and defeated former K-1 champ Hirotaka Urabe on his way to the finals. Former three-time Lumpinee stadium champion Sam-A Gaiyanghadao became a two-sport ONE Championship titleholder with a smart decision victory over China’s Junguang Wang at ONE Championship: Mark of Greatness. Despite winning an extra-round majority decision against Yuta Hayashi to retain the Krush super bantamweight title at K-1 Krush Fight Night 108, Masashi Kumura drops one spot in the rankings due to Egawa’s rise.

The top three best in the world were in action during the month of November. However, the pound-for-pound rankings remain unchanged. Takeru looked slightly rusty. Fellow K-1 champion Marat Grigorian scored a potential “Knockout of the Year” contender against an undefeated fighter. Sitthichai made his return to the ring for the first time since losing the top spot in the world to Grigorian.

Top-ranked Anissa Meksen lost another controversial decision, but this time to fellow former and now current GLORY women’s super bantamweight champion Tiffany van Soest. Meksen had previously defeated van Soest twice prior to their third bout at GLORY 71. However, due to Meksen’s resume and past victories over van Soest, she remains ranked at the top of the pound-for-pound poll. Formerly No. 2 Jorina Baars lost a controversial decision of her own in one of the biggest upsets of the year to Christina Breuer in a five-round contest at ONE Championship: Age of Dragons. Due to the nature of the decision, Baar’s professional resume, and Breuer’s lack of one, Baars remains near the top, while Breuer debuts in the rankings in a tie for 10th. Two-division Enfusion champion Iman Barlow extended her winning streak to seven fights under Muay Thai rules with a decision nod over Brooke Farrell at Muay Thai Grand Prix 32. Enfusion champ Sarel de Jong scored two victories in the span of two weeks against Madelen Softeland and Mallaury Kalachnikoff to move up two spots in the rankings.