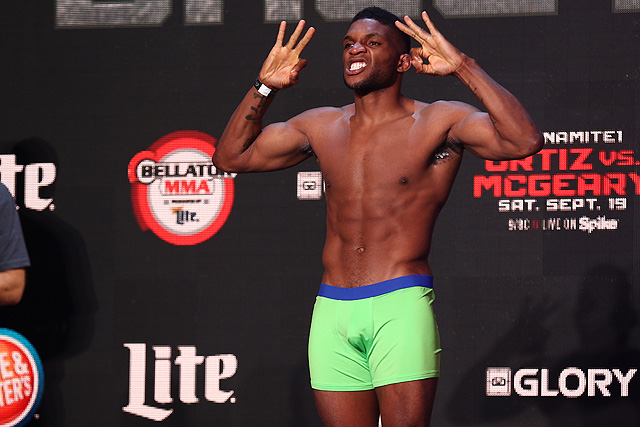 On Friday, May 19, Bellator MMA will host its 179th event from the SSE Arena in London, England

In the night’s main event, a pair of UFC veteran lock horns as England’s Paul Daley takes on Bellator newcomer Rory MacDonald. Daley enters the match-up having won six of his last seven, and five of his six appearances in the Bellator cage. He most recently stopped Brennan Ward with a flying knee at Bellator 170 in July. Canada’s MacDonald, meanwhile, will look to snap a two-fight losing streak. The 27-year-old fell short in his quest for UFC gold against Robbie Lawler, then dropped a five-round decision against Stephen Thompson in his most recent outing.

The action kicks off Friday at 12:45 p.m. ET. The five-fight main card aired via same day tape-delay on Spike TV at 9 p.m ET.

The fighters hit the scales on Thursday, May 18.