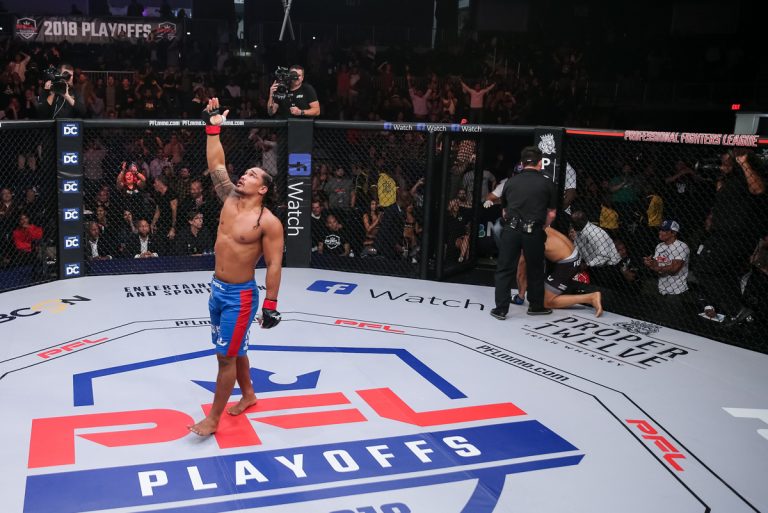 On Friday, Aug. 13, the Professional Fighters League hosted PFL 2021 7: Playoffs from the Hard Rock Hotel and Casino in Hollywood, Fla.

The event marked the first action of the 2021 PFL playoffs. Fighters in the welterweight and lightweight divisions were the first to compete. The night was headlined by longtime UFC standout and former Bellator champion Rory MacDonald opposite 2019 PFL welterweight title winner Ray Cooper III.