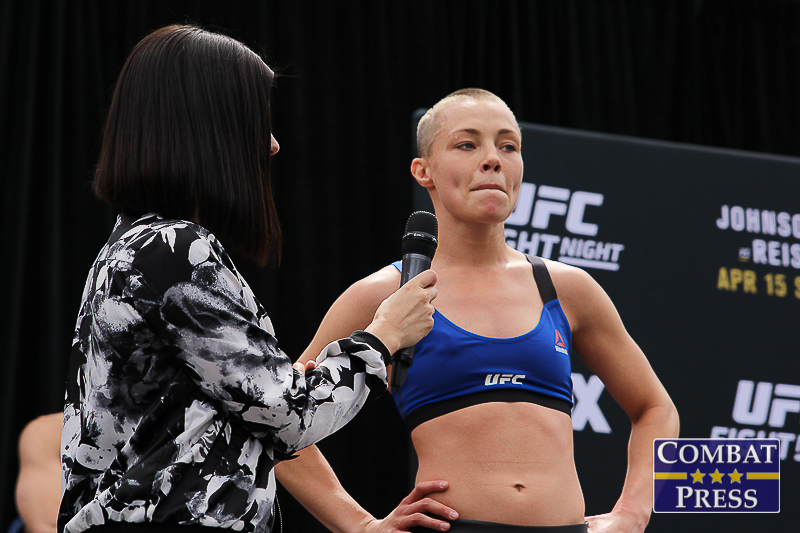 As media obligations took place in the lead-up to UFC 217, “Thug” Rose Namajunas did not take the bait from her opponent, strawweight champion Joanna Jędrzejczyk, when it came to talking trash. When given an opportunity to speak on the pre-fight conference call, Namajunas said that this fight was an opportunity for her to help raise awareness for mental health, an issue she feels plagues this country.

Jędrzejczyk felt prompted to jump in and call Namajunas “mentally unstable.” The champ suggested that she will break Namajunas mentally and physically in their fight. Unfortunately, as great as Joanna “Champion” is, her comment is where the line must be drawn. There has been much made of fighters using homophobic slurs recently — Fabricio Werdum and Conor McGregor both apologized for their use of such language — but comments like those from Jędrzejczyk haven’t been met with the same backlash and consequences.

While this is combat sports and most people would say all bets are off when it comes to trash-talk and promoting a fight, there’s a point where fighters shouldn’t dig deep into someone’s lifestyle or any demons that may hold their opponent back in life. The issue with Jędrzejczyk or any fighter going after mental illness is that the majority of humans suffering from it weren’t given a choice as to whether or not they wanted to deal with it in life.

Dealing with mental illness isn’t like picking your outfit for the day. You don’t get a choice. Namajunas came into the UFC and fought for the title at a young age. Her fiancé, former UFC heavyweight Pat Barry, has opened up about some of his own personal struggles that have affected the couple both inside and outside the Octagon.

At UFC 217, Namajunas and Jędrzejczyk will fight for the UFC strawweight title. No matter if she wins or loses, “Thug” Rose will show that if you believe in yourself, stay true to yourself, and fight for more than yourself, you can overcome anything. That might be more than enough motivation to pull off an upset.