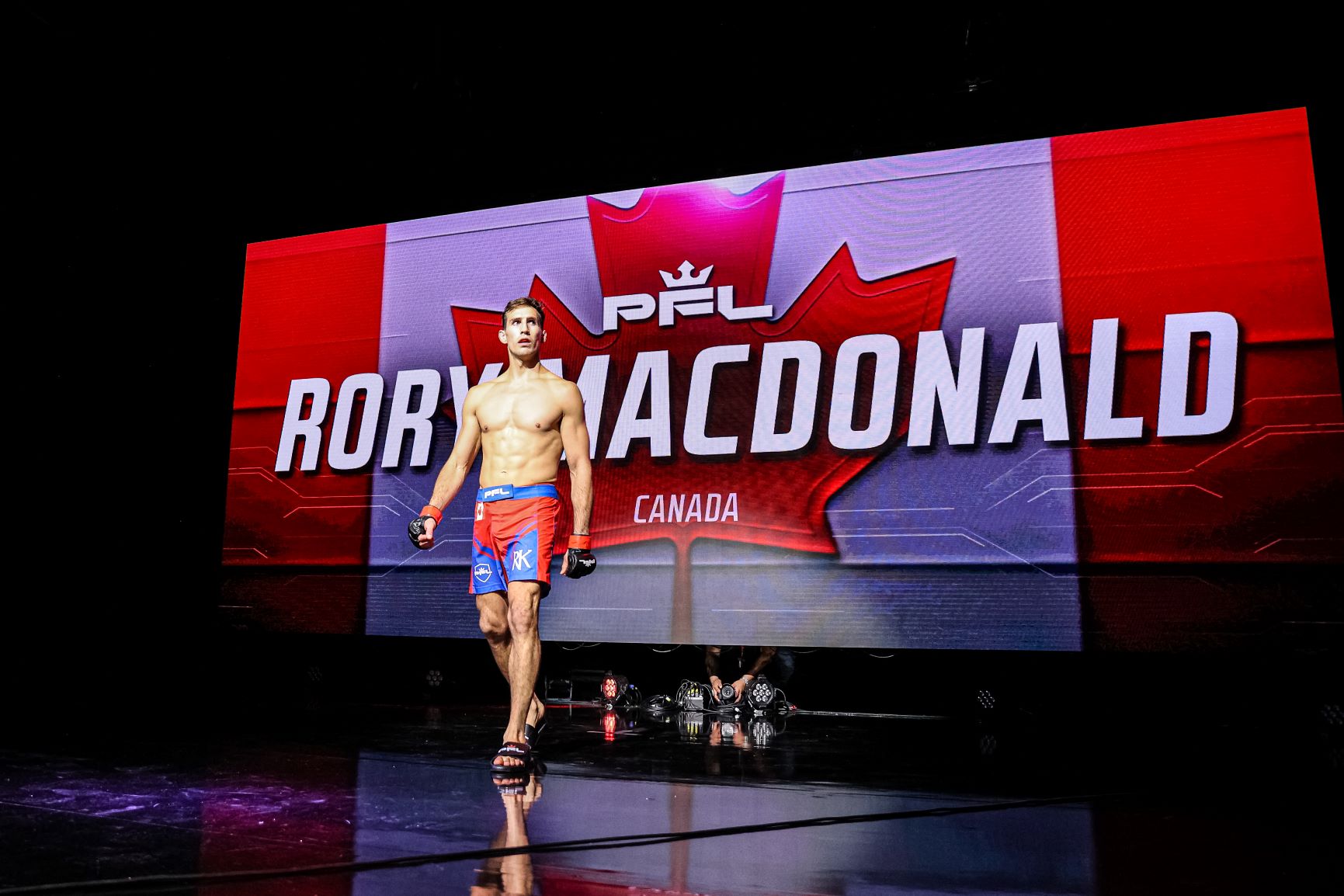 Four more fighters will earn their place in the 2022 PFL Finals on Saturday as the playoffs roll on in the welterweight and heavyweight divisions. Rory MacDonald comes into the playoffs after dropping his last fight whereas his opponent Magomed Umalatov enters the bout having never tasted defeat as a professional mixed martial artist. In the other welterweight semifinal, the man who just defeated MacDonald, Sadibou Sy will take on Carlos Leal. Leal earned his place in the playoffs by defeating last year’s champion Ray Cooper III.

The heavyweight playoff bouts will see Renan Ferreria take on Ante Delija, and Denis Goltsov take on Matheus Scheffel. Renan Ferreira is coming off a loss and doesn’t have the typical momentum a fighter would want to carry into the playoffs. On the other hand, Delija won both of his regular season fights and without last year’s champion Bruno Cappelozza standing in his way he should be considered the favorite to walk away as this year’s champion. Goltsov enters the playoffs after a lopsided decision win over UFC veteran Maurice Greene and his opponent, Scheffel, is the man who knocked the aforementioned Cappelozza out of playoff contention when the pair fought in June.

Magomed Umalatov will meet former Bellator welterweight champion Rory MacDonald with a spot in the finale on the line; does the Russian stay undefeated?

The Rory Macdonald that fought in Bellator and now fights under the PFL banner is not the same fighter who challenged Robbie Lawler for the UFC welterweight title back in 2015. That fight forever changed MacDonald, as it did Lawler, and he has been on a slow but steady decline since that unforgettable night. If Umalatov were facing a peak MacDonald this would be a fight the Canadian could win easily, but, at this stage of his career, MacDonald will struggle to deal with the hard-hitting Russian.

Expect MacDonald to try and slow this fight down by maintaining kicking distance around the outside of the cage. Under the tutelage of legendary coach Firas Zahabi, MacDonald will do everything he can to turn this into more of a point fighting affair. The fewer extended engagements the two men engage in the better for MacDonald. MacDonald will also try to ensure that if they get to the canvas he is on top to avoid any heavy ground and pound Umalatov tries to dish out. Early on in the fight the “Red King” will find some success but sooner or later Umalatov will land something heavy and wobble MacDonald. Once he does, he will close the distance, get a takedown and unload a few nasty elbows to get the win and earn his spot in the welterweight final and a shot at the million dollar prize.

Editor’s note: After this preview was written, Magomed Umalatov was removed from the card for visa issues and has been replaced by Dilano Taylor.

Ante Delija can make it back to the heavyweight final with a win over Renan Ferreira; will he defeat the six-foot-eight-inch Brazilian?

If Delija can find a way inside the reach of Ferreira he will find success early and often throughout this fight. The one thing that he must avoid is being kept at length by the jab of Ferreira so expect to see more lateral footwork out of the Croatian than he typically uses in his fights. Once Delija is able to figure out the timing of Ferreira he will be able to get chest to chest with his opponent and drag him down to the mat. That is where Delija will really shine in this fight.

Because of his propensity to stand and trade, people don’t realize that Delija is a mighty talented grappler. He has six submissions on his record, though he hasn’t notched one since 2014. That changes on Friday when Delija will get the fight to the mat in the second round and snatch one of Ferreira’s long limbs and try to take it home with him, forcing the tap. Ante Delija will make it back to the finals after a second round submission victory.

Matheus Scheffel upset Bruno Cappelozza to earn a spot in the playoffs; does he continue that trend by upending Denis Goltsov?

No. The fight with Cappelozza left a lot to be desired. The fight was devoid of action for the majority of the contest and neither man really went for it to get the win, rather it seemed like they both were trying not to lose. Scheffel certainly fought well enough to win but he won’t have that same success this time out against Goltsov. Goltsov will waste no time getting this fight to the mat where he will dominate the fight. His heavy top pressure will drain the gas tank of Scheffel and by the time the final bell sounds there will be no doubt that Denis Goltsov has done more than enough to get the win and claim his spot in the final.

Editor’s note: After this preview was written, Denis Goltsov was removed from the card for visa issues and has been replaced by Juan Adams.

Mohammad Fakhreddine vs. Marcin Wojcik. These two light heavyweights are making their PFL debut and this fight is going to be exciting. They are both proven finishers and combine for a total of 26 stoppage wins between them in their 30 professional wins. The longer this fight stays standing, the more likely Fakhreddine will land one big shot to finish the fight but if the Polish fighter Wojcik can get into a grappling exchange he will waste no time working for the submission. Regardless of the outcome, this fight will be fun to watch.