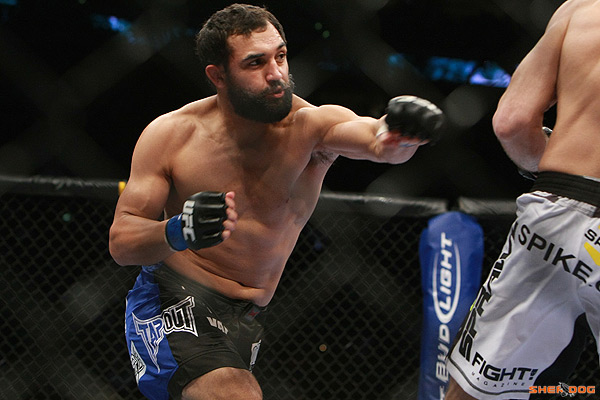 The biggest and most anticipated pay-per-view of the year is upon us. This weekend’s UFC 217 will mark the second time the world’s leader in MMA touches down in New York City at the most famous sporting venue, Madison Square Garden. From the main event down, the entire slate of fights looks amazing. This fight card has something for everyone.

UFC 217 is so stacked that hardly anybody is talking about the first fight on the main card. It’s a middleweight showdown between former UFC welterweight champion Johny Hendricks and Paulo Borrachinha.

Hendricks has fallen on tough times. The former champ has lost four of his last five fights. On Saturday night, it doesn’t get any easier.

The 26-year-old Borrachinha is an absolute specimen. The Brazilian is an undefeated fighter with aspirations to become the best in the world. This weekend, Borrachinha has the chance to simultaneously end the UFC career of the “Bigg Rigg” and make himself a household name in the process.

It’s sad to see a guy like Hendricks, who knocked his opponents out cold en route to capturing the welterweight title, now being but a shell of his former self. Not many people are giving him a chance against the Brazilian phenom. It doesn’t look like things will end well for Hendricks. Not all is lost, though.

“Bigg Rigg” can find some solutions after his fight at UFC 217. First, the move to Jackson-Winkeljohn is great. Those guys can round Hendricks back into his old form. He is really going to need to buckle down and rededicate himself to the fight game.

If he hasn’t yet, Hendricks also needs to hire a nutritionist who can help him get his weight issue under control. He is not a middleweight. We saw it in his last fight, where big Tim Boetsch put a beating on Hendricks and eventually knocked him out cold. That type of result will keep repeating itself so long as Hendricks competes with guys 30 pounds bigger than him.

Once Borrachinha ends Hendricks’ UFC career on Saturday night — and the Brazilian will likely do so — Bellator will come calling for the services of “Bigg Rigg.” That’s a perfect fit for all parties involved. Bellator can snag yet another former UFC champion, deepen the company’s talent pool, and weaken the competition all in one signing. Meanwhile, Bellator can be the very thing that saves Hendricks’ MMA career.

It’s no secret that the competition in Bellator isn’t quite at the level of the UFC, so fighting lesser talent would benefit an aging Hendricks. Then there’s perhaps the biggest difference: no USADA testing. Just saying.

There will still be those of us who tune in on Saturday night and pull for “Bigg Rigg” to land a huge left overhand. However, we’re likely to be let down. That hand probably never will land, and this will probably be the last time we see Hendricks in the Octagon.