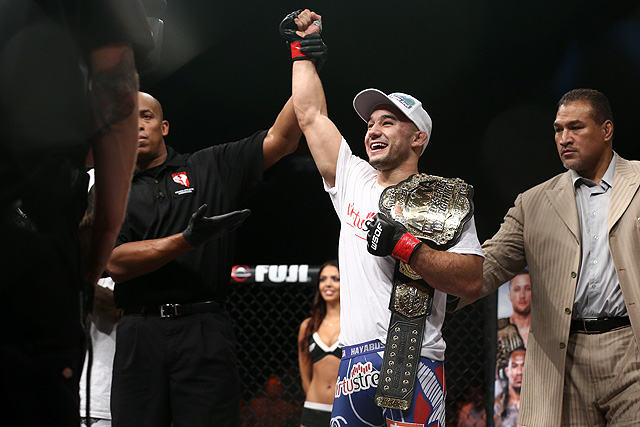 UFC 217 is in the books. Madison Square Garden was yet again the backdrop for an epic night of fights. On the heels of such a massive event, it’s easy to forget about this weekend’s UFC Fight Night 120 card in Norfolk, Va. That’s unfortunate, because Fight Night Norfolk is one of the best Fight Night cards of the year.

In the main event, Dustin Poirier takes on former lightweight king Anthony Pettis. This fight should be a barn-burner. The winner of the contest could be in the conversation for a title fight soon.

In the co-headliner, Matt Brown has his swan song against another UFC legend, Diego Sanchez. This fight may not have any championship repercussions, but neither of these icons have ever been in a dull fight.

The main card also features UFC vets Andrei Arlovski, Nate Marquardt and Raphael Assunção. Plus, Joe Lauzon and Clay Guida go to war in a top pick for “Fight of the Night.”

In fact, Fight Night Norfolk is so loaded with solid fights and intriguing match-ups to the point that former flyweight title challenger John Dodson and former World Series of Fighting bantamweight champion Marlon Moraes are relegated to the prelims. It’s the headlining bout of the prelims, but still.

Moraes can ultimately contend for a UFC title at bantamweight too, but he needs a good showing on Saturday night. Perhaps it was UFC jitters, but Moraes lost his promotional debut earlier this year to the aforementioned Assunção. Dodson, on the other hand, is a guy who had a ton of success at flyweight. He challenged pound-for-pound king Demetrious “Mighty Mouse” Johnson twice for the strap. The “Magician” strangely enough shares a similar moniker to his foe — “Magic” Moraes — on Saturday night. However, Dodson doesn’t seem to be a true bantamweight fighter.

That’s not so much a dis on Dodson, but more of a statement of how deep the 135-pound division is right now. It seems like just yesterday when we were watching a young Dodson knocking out a green T.J. Dillashaw at The Ultimate Fighter 14 finale. How time flies! If Dodson wants to make one more run at gold, he better figure it out, and quick. At 33 years old, the Jackson-Winkeljohn fighter is reaching a critical point in his career. If he takes a loss to Moraes, it could have devastating consequences.

Fight Night Norfolk is a sneaky-good card. If it wasn’t for the unfortunate scheduling of being booked on the heels of what some are calling the greatest night of fights ever, everyone would be talking more about this card.