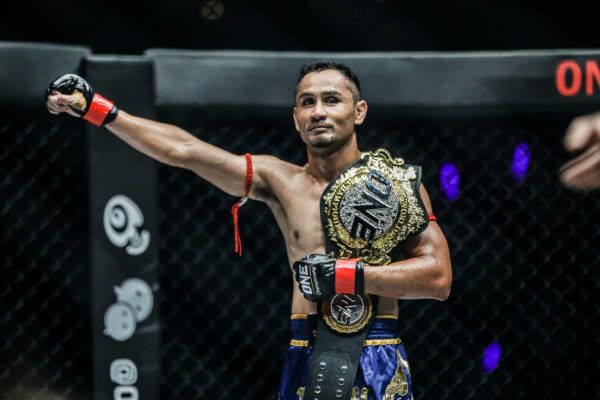 On Friday, Dec. 6, ONE Championship returned to Kuala Lumpur, Malaysia for Mark of Greatness.

In the night’s main event, former ONE Muay Thai champion Sam-A Gaiyanghadao clashed with China’s Junguang Wang for the strawweight kickboxing title. Sam-A, a former Lumpinee Stadium champ, is now five fights into his ONE career. He knocked out Sergio Wielzen to capture Muay Thai gold, but he dropped the strap to Jonathan Haggerty in his first attempted defense. The Thai fighter recovered with an October knockout of Daren Rolland. Wang rode a seven-fight winning streak into the contest, but only one of those victories came under the ONE banner. In late October, the Chinese fighter knocked down opponent Federico Roma three times in a single round to earn a technical knockout win.

The event kicked off with a preliminary-card stream on YouTube and the ONE app at 5 a.m. ET. The main card followed on B/R Live at 7:30 a.m. ET.