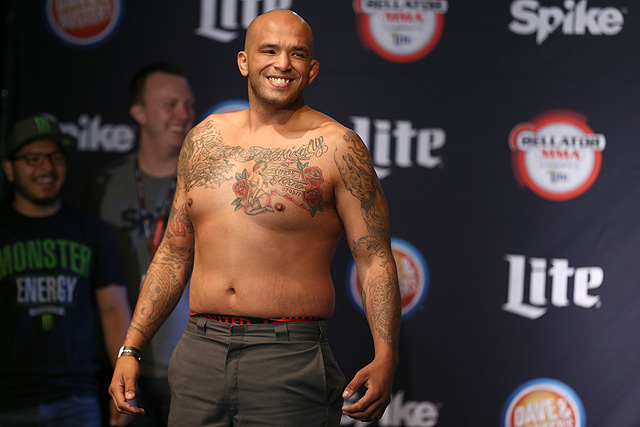 On Saturday, Dec. 10, Bellator MMA will host its 168th event from the Mandela Forum in Florence, Italy. The event will be preceded by the promotion’s fourth kickboxing event.

In the night’s main event, a pair of UFC veterans lock horns as Italy’s own Alessio Sakara takes on Joey Beltran. The 35-year-old Sakara rides the momentum of back-to-back knockout victories, including a second-round stoppage of Brian Rogers at Bellator 152 in April. Beltran, meanwhile, has alternated wins and losses over his last seven outings. He was last in the Bellator cage in May, where he dropped a split decision verdict against Chase Gormley.

The action kicks off Saturday at 4 p.m. ET live on Spike TV.

Below are the results of the event’s weigh-ins, which took place Friday, Dec. 9.