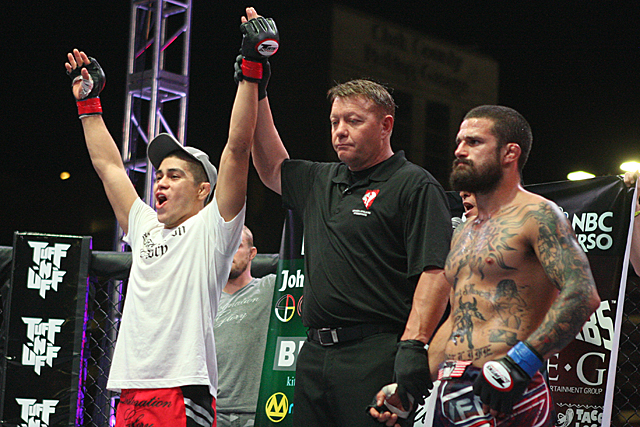 On Wednesday, Dec. 16, Combate Americas held Road To The Championship: Hollywood from the Florentine Gardens in Hollywood, Calif.

The night’s main event featured a bantamweight match-up between John Castaneda and Federico Lopez. The RFA veteran Castaneda picked up a win at the promotion’s inaugural Road to the Championship event in September, extending his current winning streak to three fights. Lopez, meanwhile, entered his promotional debut having won five straight. The Californian is a veteran of Dream and Shark Fights.