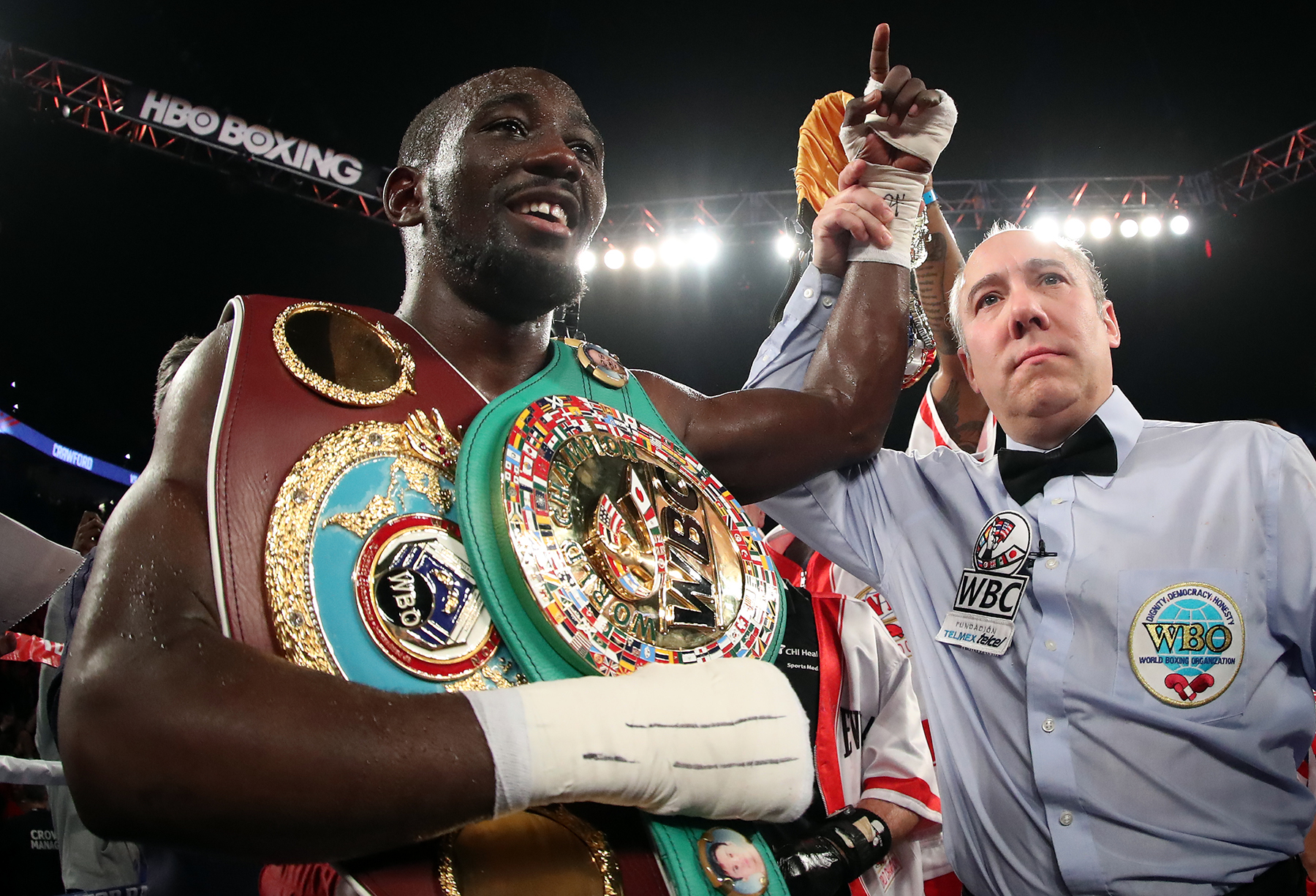 On Saturday, Nov. 14, Top Rank Boxing touched down at the MGM Grand in Las Vegas for Crawford vs. Brook.

In the night’s main event, pound-for-pound great Terence Crawford put his WBO welterweight title on the line against Kell Brook. Crawford started slow, allowing Brook to find success with his jab. Then Crawford switched to southpaw and the fight turned. In round four, Crawford hurt Brook with a right hook. The British fighter survived the count, but Crawford flurried with power shots along the ropes as soon as the fight restarted, forcing the referee to intervene and halt the bout.

The co-main event also featured a belt on the line as Joshua Franco meets Andrew Moloney for the WBA junior bantamweight title. Franco’s eye swelled badly and fully closed by the end of round two, prompting the doctor to stop the bout between rounds. The referee ruled an accidental clash of heads and after nearly 30 minutes of replay review, the call was upheld and Franco retained his belt.

The event kicked off with a preliminary-card stream on ESPN+ beginning at 7 p.m. ET. The main card followed at 10 p.m. ET on ESPN.