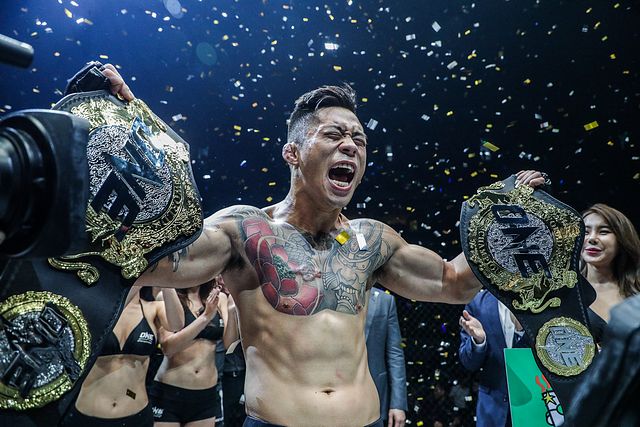 ONE Championship, Asia’s largest MMA property, has made another major move concerning the United States.

ESPN first reported earlier this week that the promotion has signed a three-year U.S. television deal to broadcast 24 events on all Turner Sports platforms, including B/R Live and, most notably, TNT beginning in 2019. The first event will take place on Jan. 19 in Jakarta, Indonesia.

ESPN’s initial report came before an official announcement from ONE or Turner Sports. The major events being promoted at this time are ONE’s lightweight and flyweight grand prixs, which begin on Feb. 22 and March 31, respectively.

”ONE Championship is one of the most popular mixed martial arts organizations in the world, with a high concentration of passionate, millennial fans that make it a perfect fit for B/R Live and TNT,” Turner Sports president Lenny Daniels told B/R on Thursday. “We will leverage every opportunity within our portfolio to partner with ONE Championship and help further expand its footprint in the U.S.”

“I spent seven years in North America fighting the best in the world,” Johnson said. “I’ve never traveled to Asia to fight the best. I think now is the perfect time to do it.

Alvarez returns to Asia, where he originally did well under the Dream banner in Japan.

”It was in Asia where I made a name for myself and started my career,” Alvarez said. “Everything has come full circle for me. I can’t say how excited and grateful I am to be part of the ONE Championship family. This is where true martial arts lives.

“I’ve been away from Asia so long. It’s good to be back. I feel like I found my way again with ONE Championship. I can respect my opponents, and I can go in and fight like a man. I know my lifelong martial-arts journey will be truly appreciated here.”