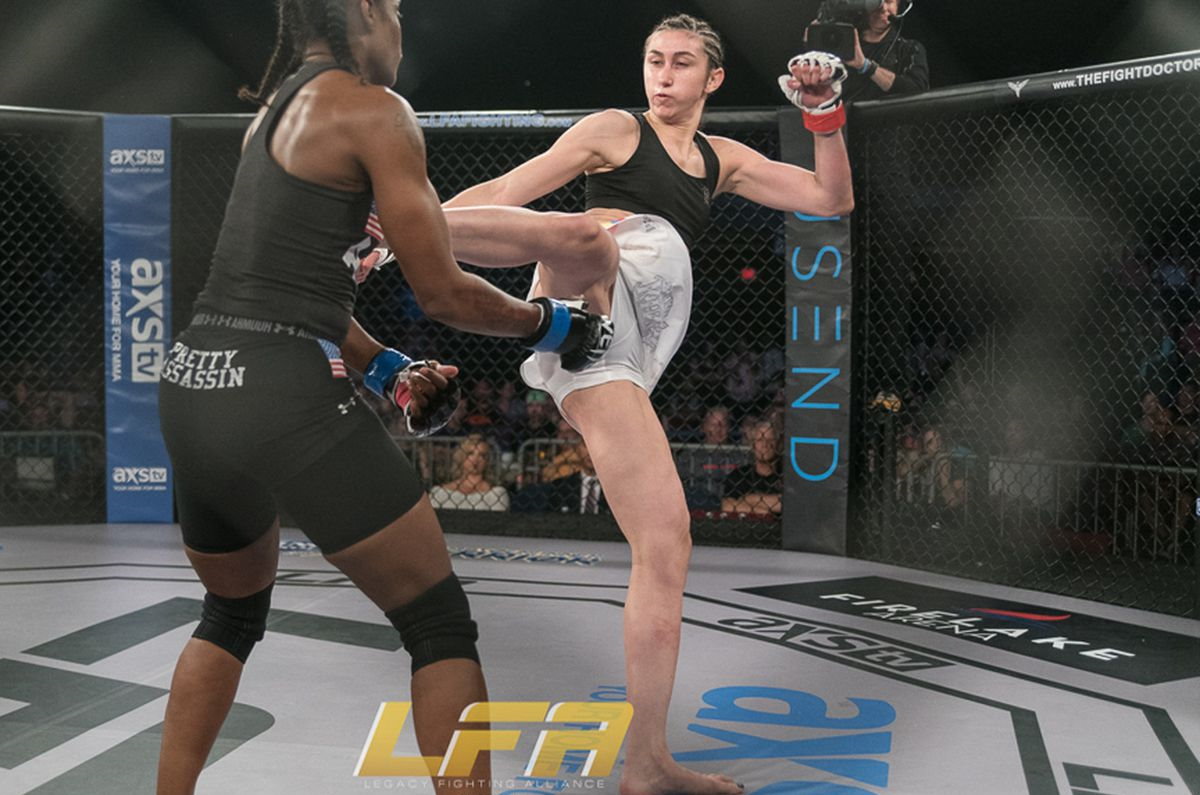 In the evening’s main event, the promotion’s undefeated flyweight queen, Sabina Mazo, put her belt on the line against Brazilian newcomer Carol Yariwaki. Colombia’s Mazo had won five straight to open her career, including two knockouts via head kick. Yariwaki, meanwhile, competed outside her home country for the first time.